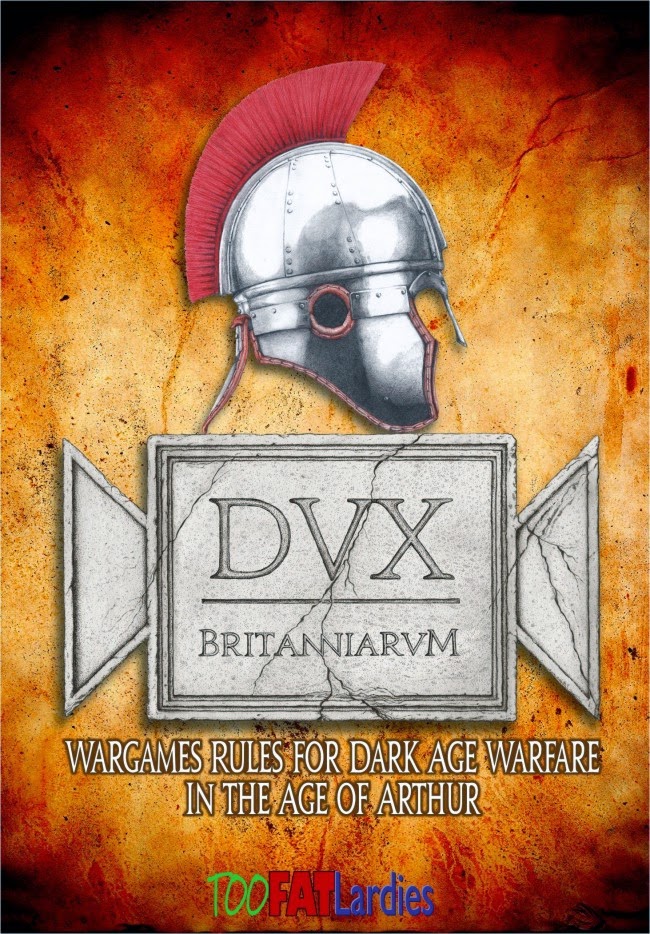 I got to play my first game of Dux Britanniarum at this months meeting and thought I would share my first impressions. I have followed the launch and uptake of this rule set ever since hearing Richard Clarke discussing them on Meeples podcast and as I am a fan of pretty much all things "Lardie" I was really pleased to have a play. In addition I am enjoying all the drama of this period on the British History podcast at the moment and so had an itch to start forming a few shield walls. 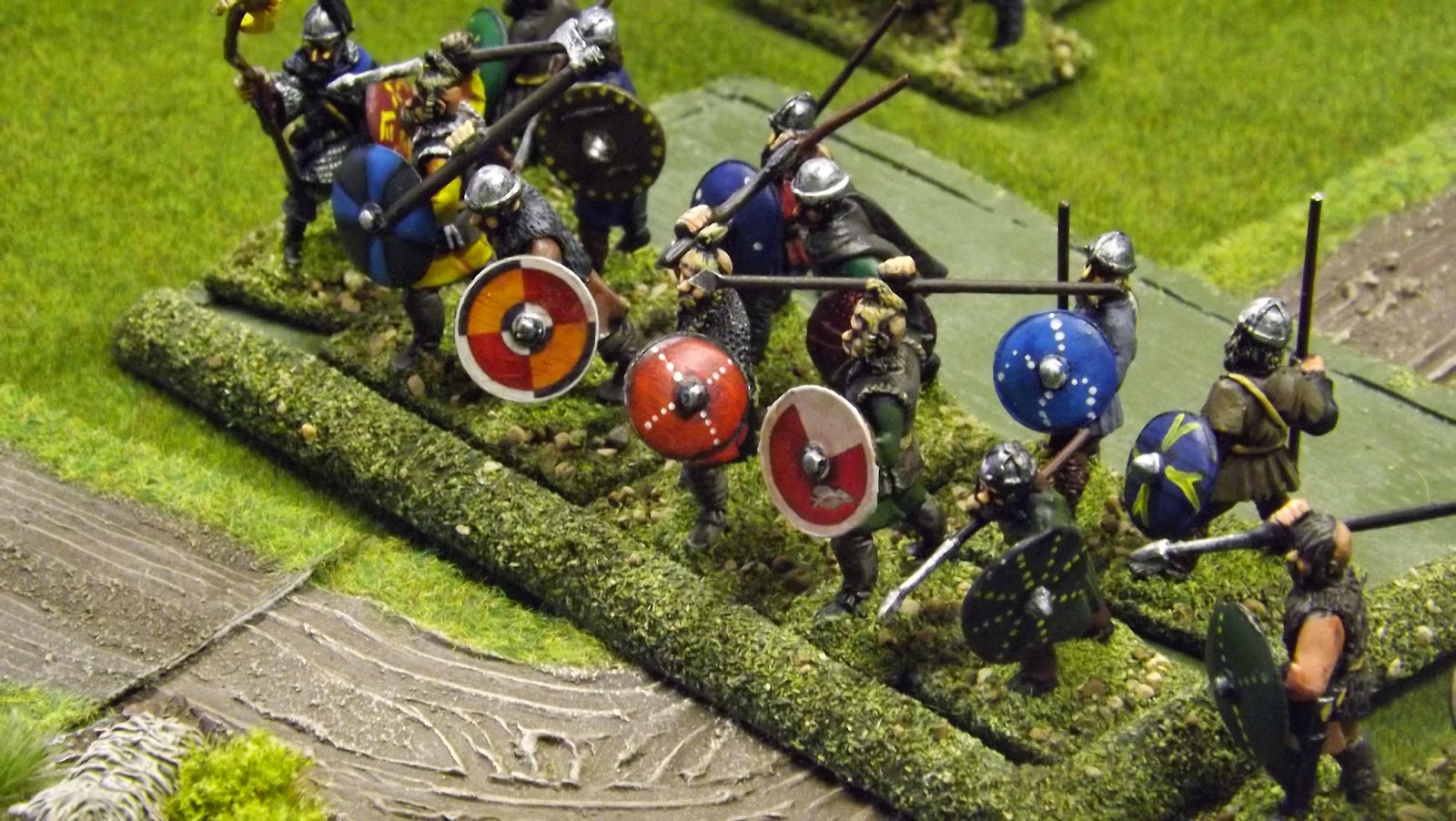 We set up a little raid scenario where I was leading three warbands of Britons, supported by some archers and javelin-men raiding a Saxon village in search of loot. I was to be opposed by a similar sized force of Saxon troops coming onto the table three turns after my force.

The object thus, to get in and search the village and get out before my perimeter defences were seriously challenged by the locals. The moves and combats in the game are generated with a combination of cards and die rolls in the best traditions of a Lardie game. There is nothing very complicated in the process and I could quickly see that when you are aware of the potential pitfalls and opportunities offered by the card play lots of options are presented to the players. 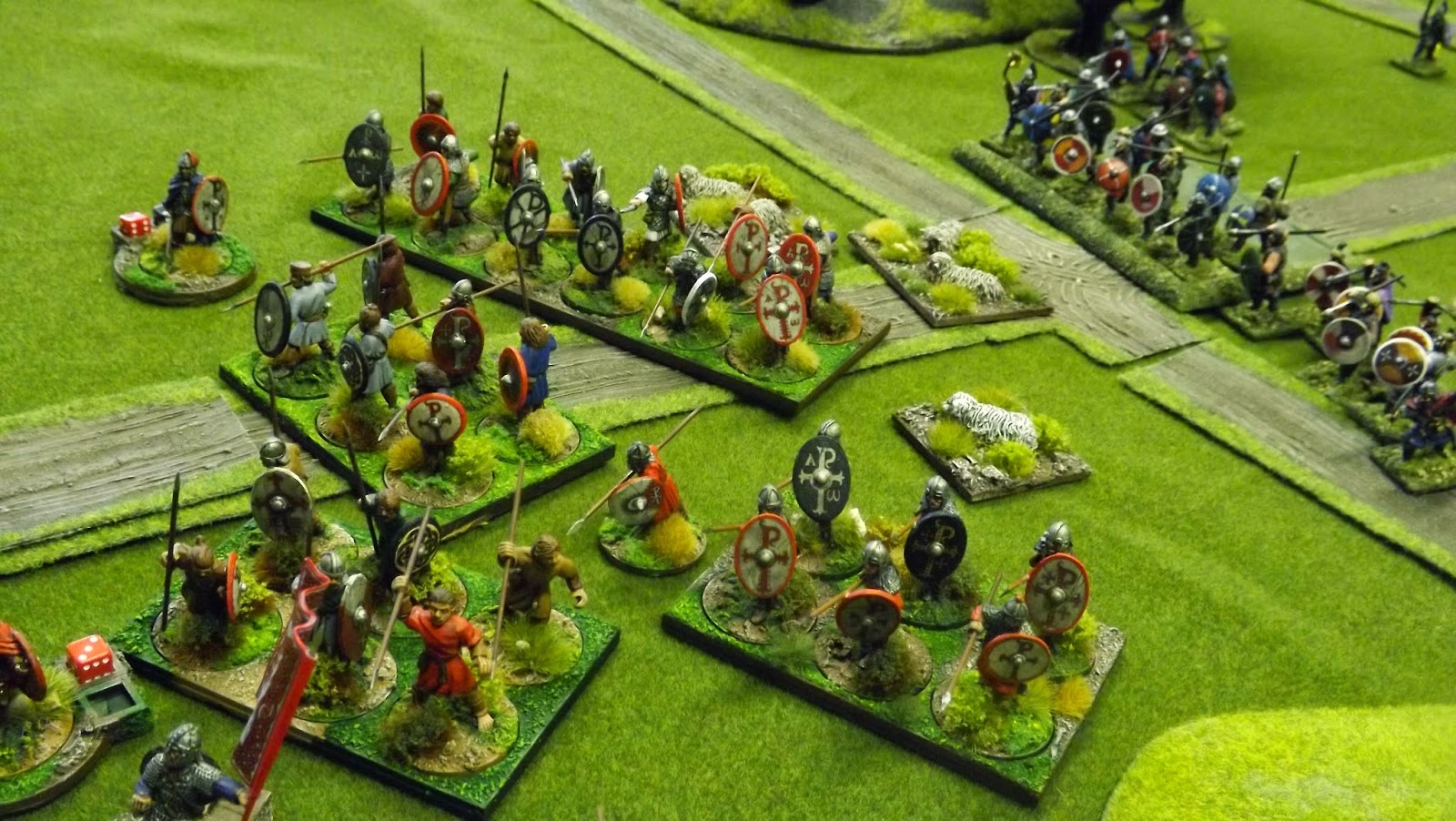 The combats are simply a matter of gaining d6s to roll vs your adversary, with formation, situation benefits ( flank attack etc) plus special cards that capture the feel of these dark age clashes. These cards can see one side being goaded into charging the other in a situation that the wargame commander would not necessarily choose to do; others can influence the addition of extra die to roll for a benefit the card imparts.

Once the combat die are rolled each side gets to try and save the hits based on how well kitted out your warriors are and how good they are at looking after themselves. All this play is simple to do but gives a real feel for the period. 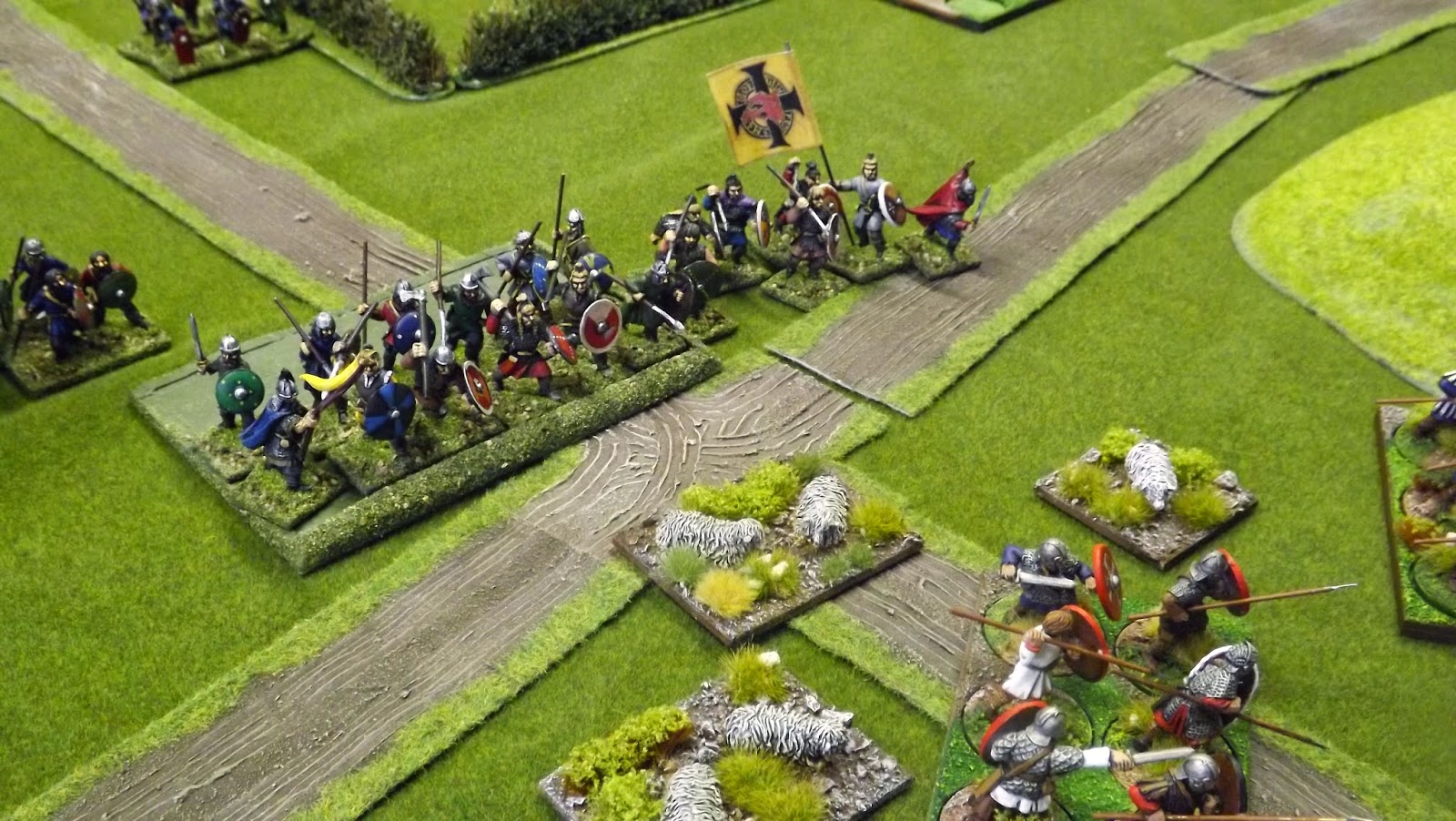 My game saw my force quickly establish a defence of units around the village whilst my levies searched the houses, quickly finding the loot. My left flank was surprised by a Saxon ambush and my chaps got the worst of it. My force was able to quickly pull out of the village losing a half warband of levies. 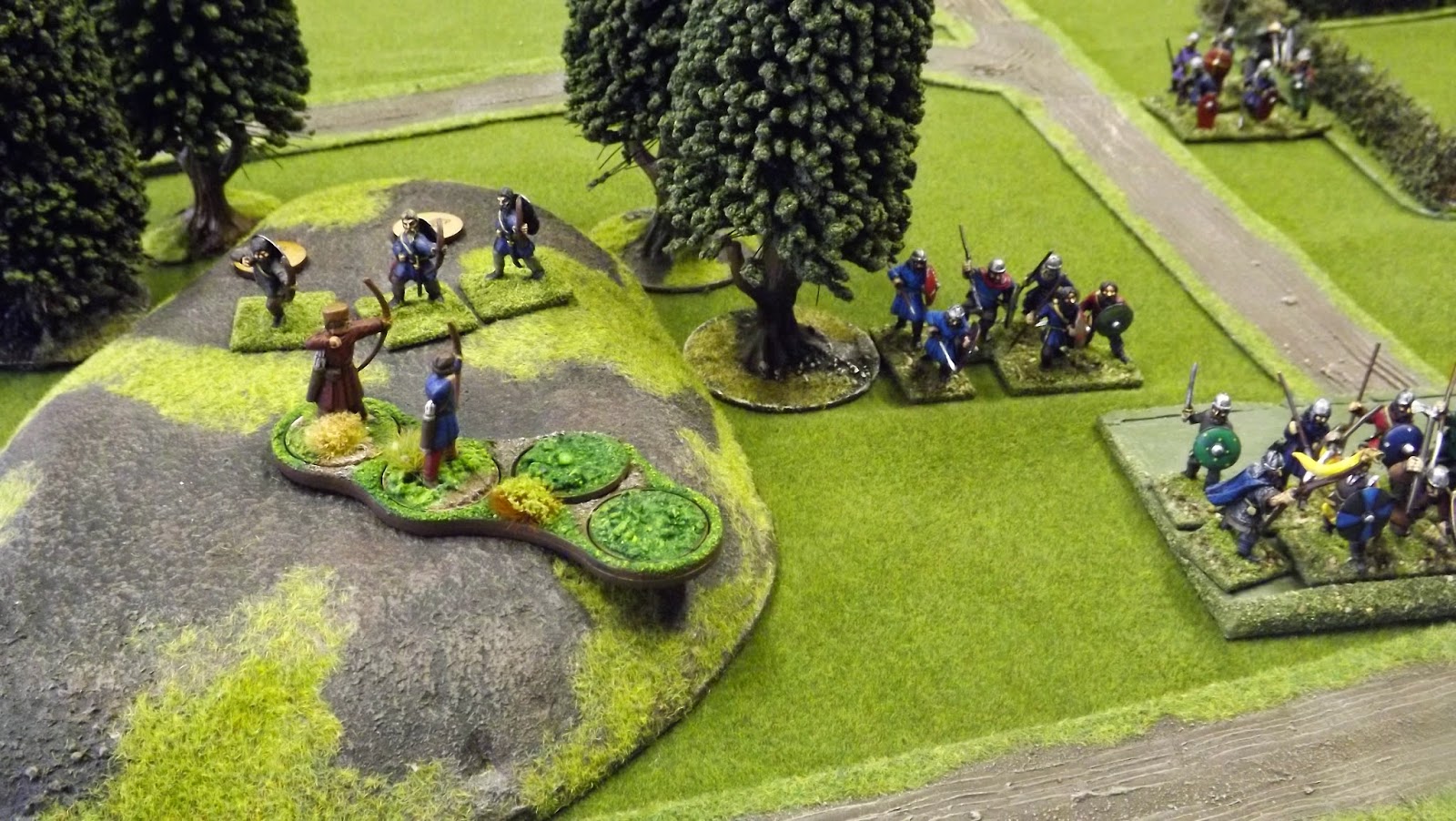 The game has a very neat campaign mechanism that simulates what happens after the table top clash. This models the effects of pursuit and the replacement of casualties together with the value of any booty taken. As the game progresses players are forced to consider disposing of cards they would use in the combat to ones that offer benefits to the army in pursuit or retreat. The aim is to get as many cards that help your force in the post battle phase. As it turned out I was able to get as many retreat cards as my opponent had pursuit ones, but although I also captured the loot my casualties and low casualties to my opponent combined to make the game a draw. Altogether, a very clever rule set.

There seem to be a few minor rules queries that you have to use common sense to interpret, such as how many dice to roll to generate backward movement, without facing away from the enemy. That seems open to debate in the rules but we soon came up with our own interpretation.

As I expected these are a solid set of rules with some clever mechanisms that really capture the feel for the period. I'm not a great Dark Ages fan, but if I were looking for a set of rules to play this period, Dux would be right up there.

Thanks to Nick and Mr Steve for a fun game and for breaking my Dux duck.
Posted by carojon at 08:21