Last month I was playing  in Steve H's "Shepherdtown" ACW game, but as usual took some time out to grab some pictures of the other two games being played

Nathan has already posted an AAR on his Chain of Command game featuring a Soviet relief column vs Mujahedeen.

and so my pictures seemed superfluous to requirements, but I thought you might like to see the best of them.

In addition Steve M was running a Muskets & Tomahawks skirmish with his new growing collection of 28mm French Indian Wars figures. Some of my pictures of that game were of questionable quality and so I have included the best of the bunch to give a flavour of his game.

And then we find ourselves transported to the French Canadian wilderness and the peace and tranquillity of that holiday home log cabin you've always dreamed off, where there is plenty of fish in the lakes, deer to hunt and Indians!!! 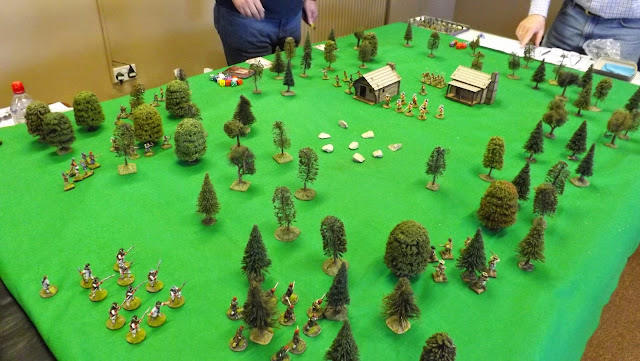 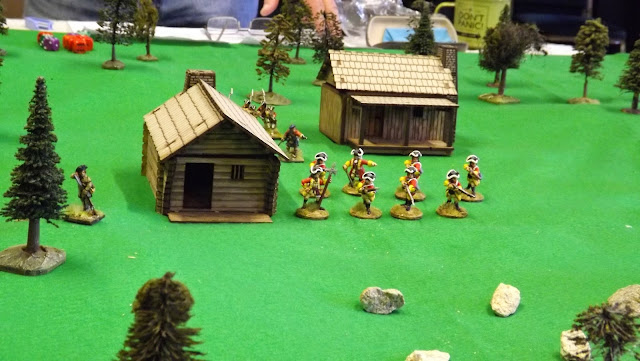 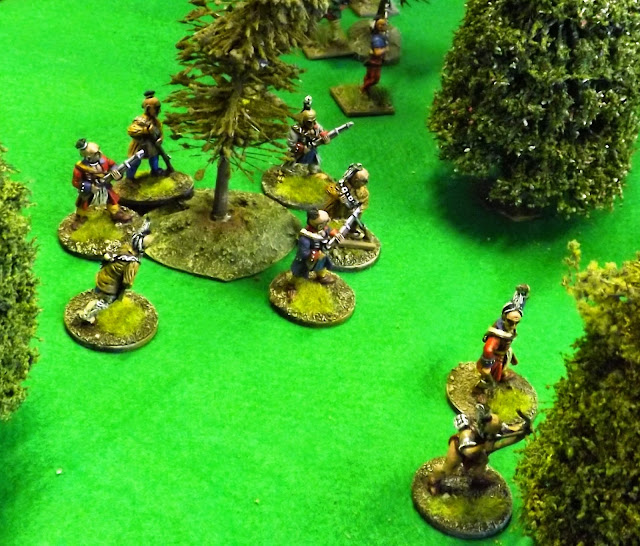 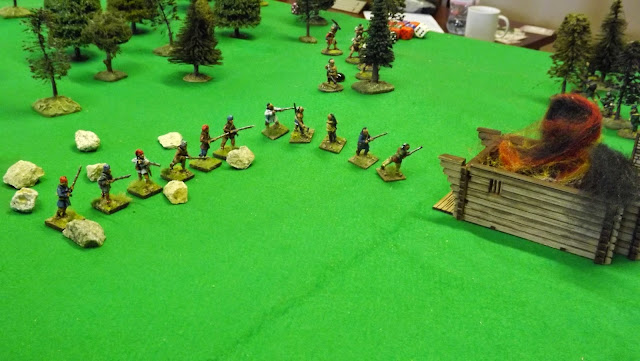 These pictures have been popping up on my screen saver for the past month so I thought you might like to see them as well. Next AAR for June coming soon