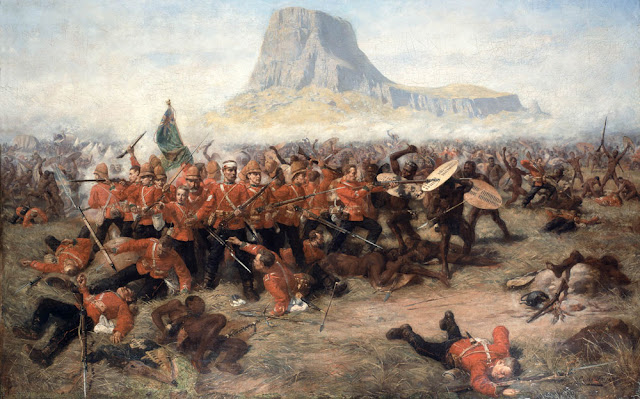 This year's summer game will be a Zulu War themed affair and, as usual, the club is busy sorting out the scenario play tests together with finding a suitable rule set to cater for a large multi player game.

So this month whilst one table was busy fighting an IABSM scenario at Arnhem, the other was the scene for a massacre of a British column caught whilst crossing a Zulu-land drift.

I grabbed some pictures during the action which reveal the position and the last moments of the doomed British column. 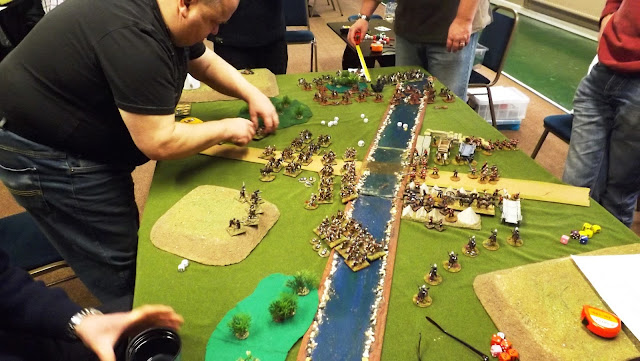 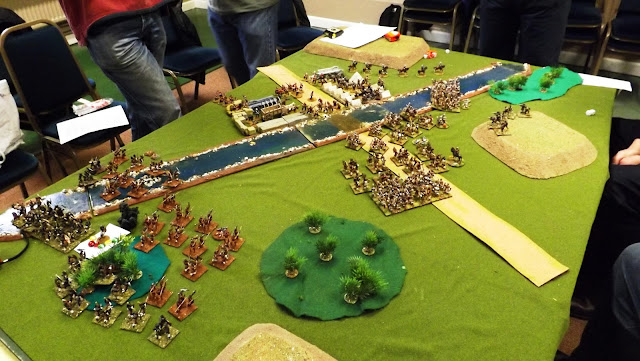 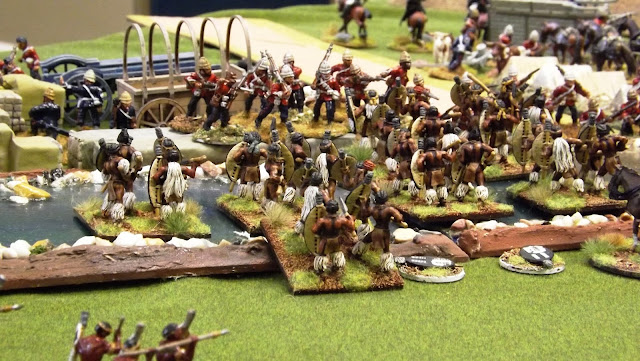 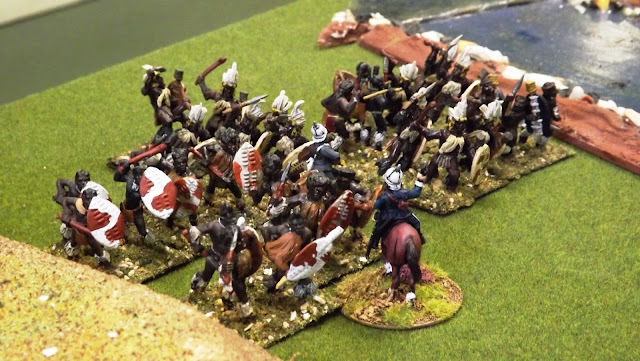 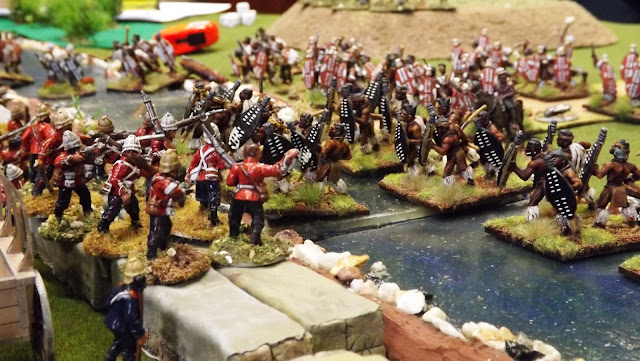 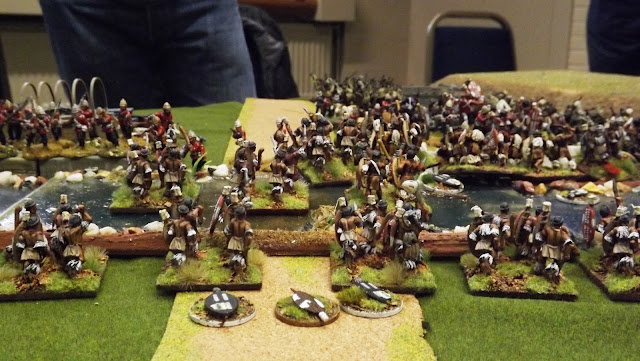 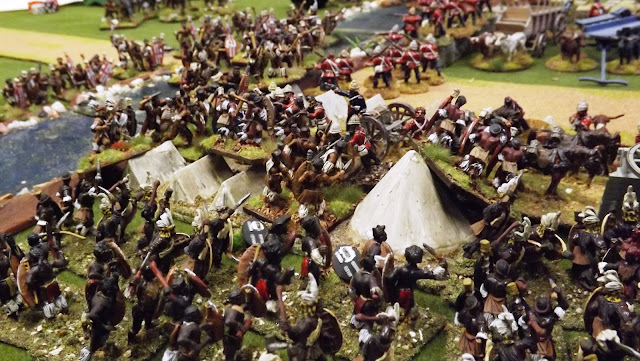 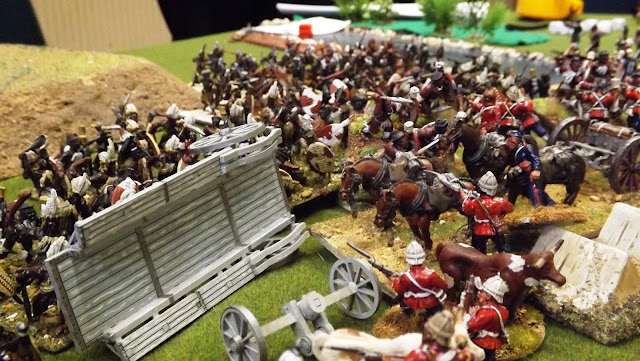 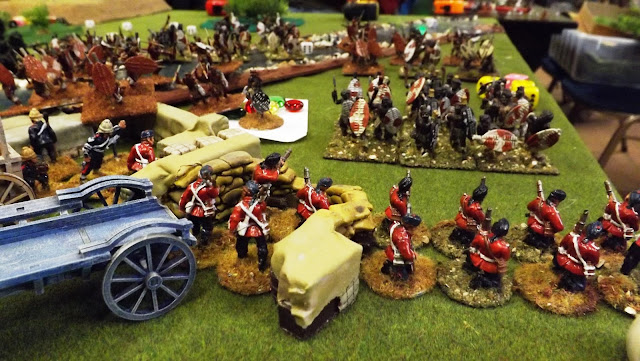 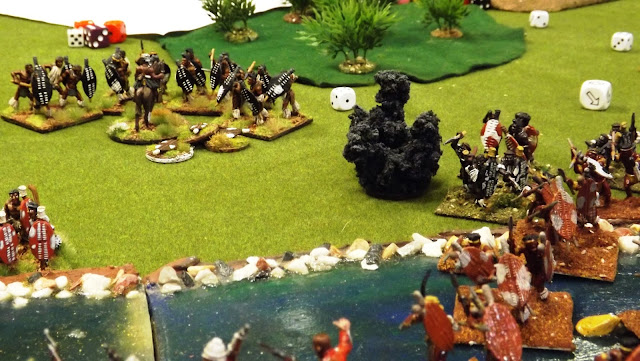 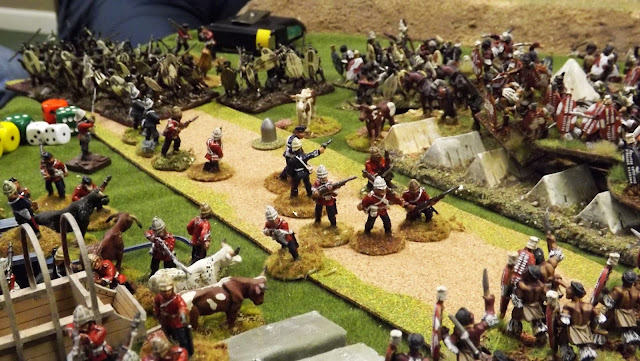 From the comments I noted at the end, this play test revealed some issues which will require some more thoughts before we are ready to go in June.
Posted by carojon at 13:51