Power to the People - "Winter of 79", Living on the Frontline 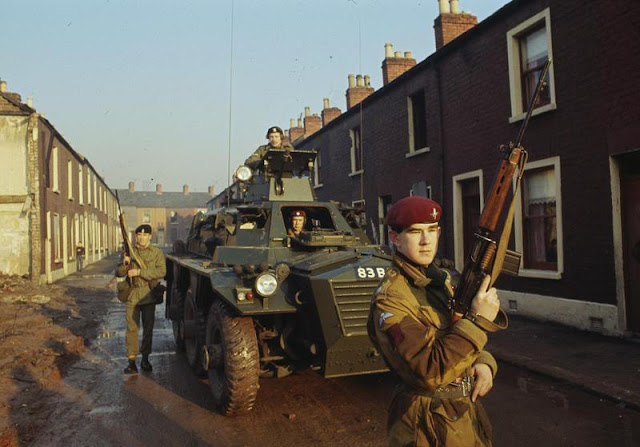 Our third and final game played at this month's club was a 1970's clash between Marxist rebels and the forces of the Crown in the streets of Exeter as Chas and Vince played out this "What if" scenario using "Winter of 79" Living on the Front Line - follow the link below for details. Our Home Affairs Correspondent, Vince, was on the scene to post this report on the action.

Many thanks to Chas for running the game today. The rules were "Winter of '79" Living on the Front Line. The scenario pitched the Exeter Socialist Republic against the government troops and militia.


Needless to say Chas took the "leftie scum" and I played the good guys. 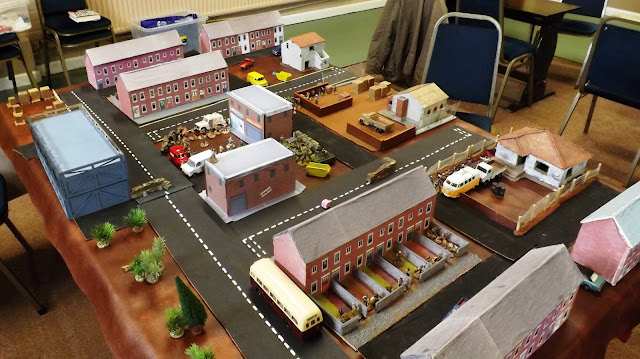 The game opened with the army entering Whipton (see map below) and facing road blocks lined with treasonous Marxists. A few rounds of HE from the supporting Centurion thinned them out somewhat, although a couple of rocket propelled grenades (rpgs) bouncing off the front plate cooled the crews enthusiasm for leading the charge. 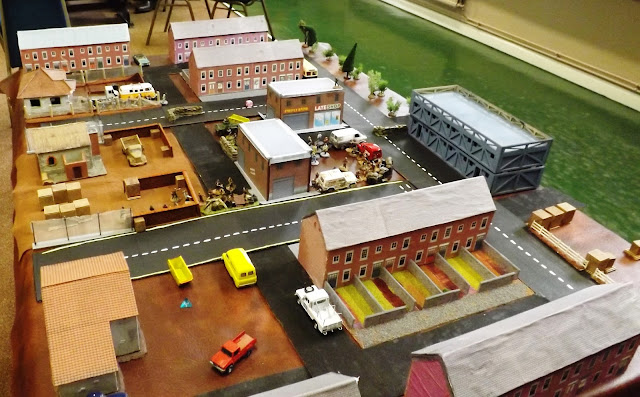 A Saracen and supporting squad hosed down another barricade and another Saracen sought to flank the militia. A hail of rpg rounds saw it taking cover behind a wall. 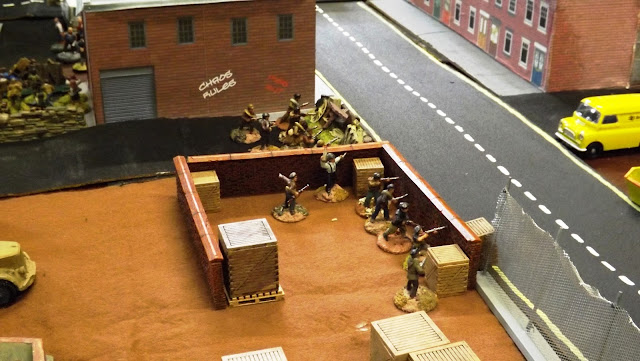 A row of terraced houses disgorged a mass of left leaning locals, supported by a Ferret armoured car. The government flanking force looked in danger of being outflanked and a vicious fire-fight and melee developed. Seeing their comrades in need, the Centurion crashed the barricade and routed the militia behind it. On a roll, it steamed into the next obstacle, as the other Saracen moved up to fire into the flank of the "Brixton Ganja Boys". 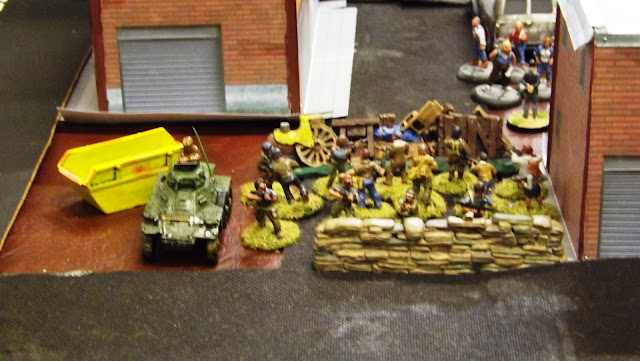 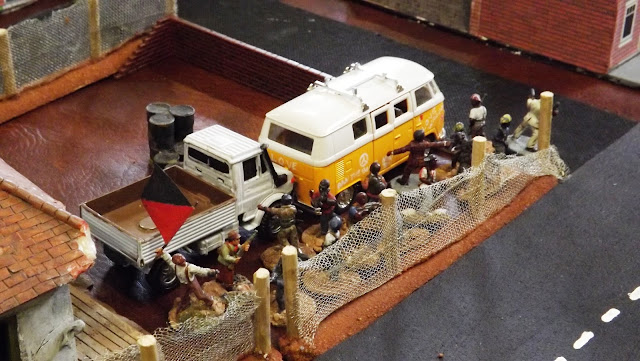 With the writing on the wall First Citizen Chas called for his coach and with a wave to his men, left for the M5 motorway. 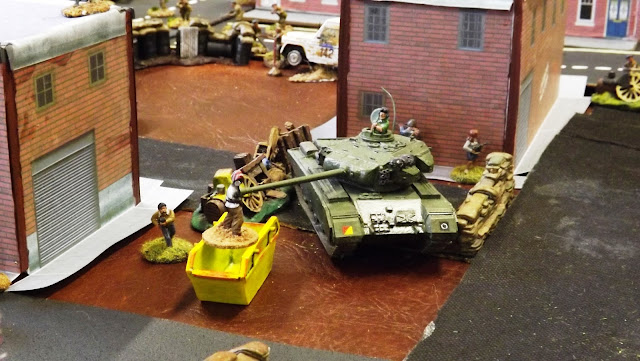 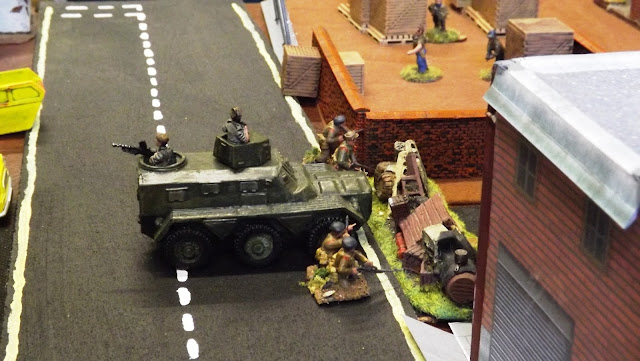 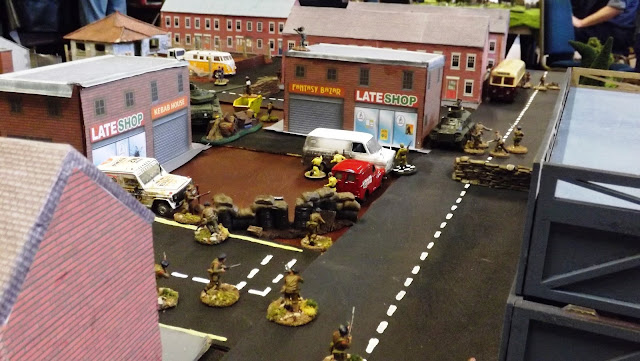 A fun game and a fast paced set of rules. The actions are card driven and probably aimed at a game with around 20 a side (we had many more than that). Most actions and reactions are by dice type roll offs against your opponent. The bigger the dice the better and this is linked to troop quality, with modifiers moving the size of die thrown up or down. This works pretty well and always allows the underdog a chance. It certainly makes for a fast and furious game. 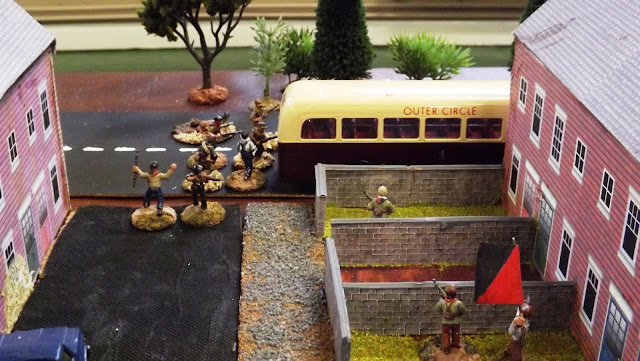 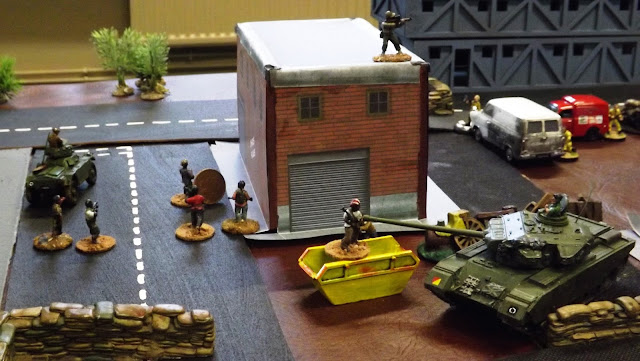 About half of shooting results just lead to targets ducking or being suppressed, which seems about right to me. Also the option to "duck" in response to fire improves survivability. 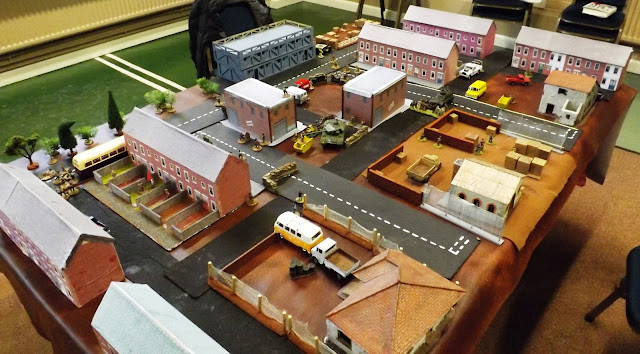 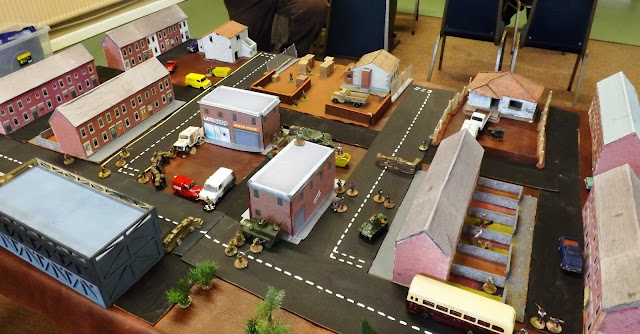 All in all a nice set of rules that capture the feel of the period of unrest during the "Winter of Discontent", and what might have happened if history had taken a different path.