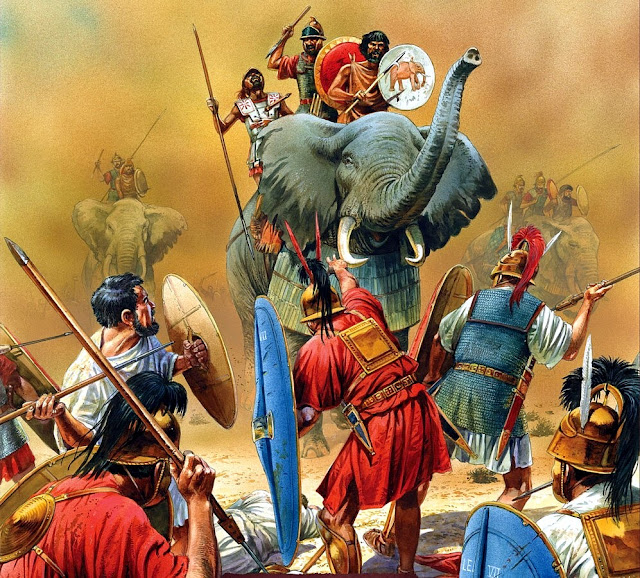 It's that time of year when the Summer Theme Game starts to go through a warm up process where collections get brought together, rules get tested and often adapted and scenarios get formulated.

This year we see the club do a total volte-face as we head off to the Mediterranean and Republican Rome's struggle with Carthage in the Punic Wars. 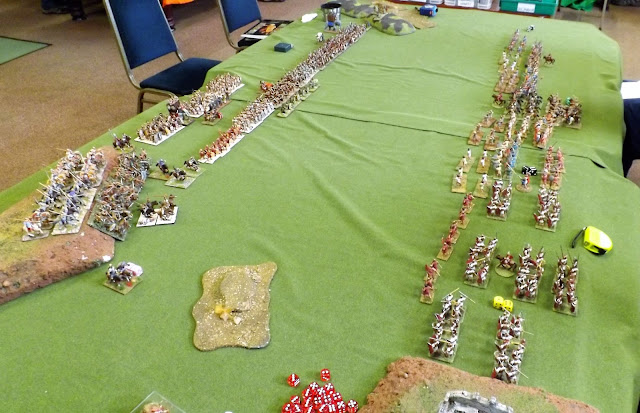 These warm up games have become a traditional feature of the club throughout the year as we tend to get together for a 'big game' in the summer and at Xmas and they have proved invaluable in the past for finding out what will and won't work when a large group of us play with lots of figures on the table. 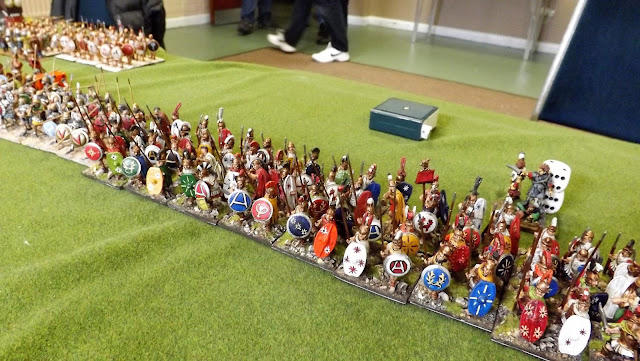 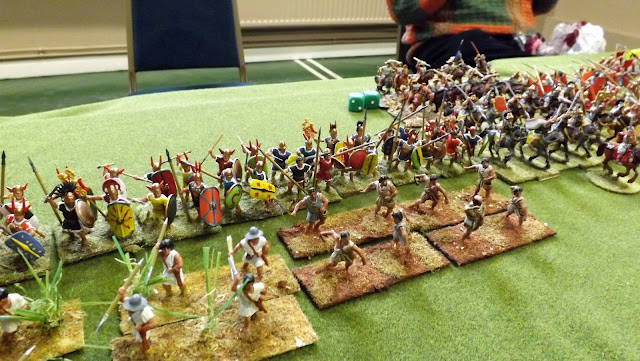 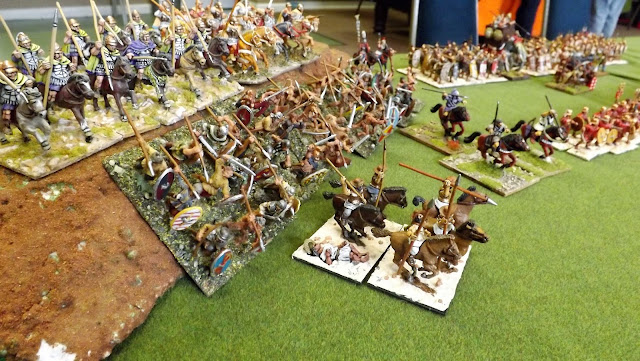 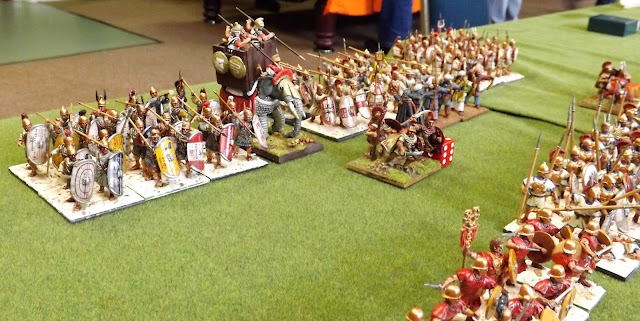 As normal with a game of Hail Caesar you eventually reach a point where you either "make it up or look it up", as we like to say in the club, and as you can see below the Devon Wargames Group is blessed with a very seasoned, experienced, group of rules analysts, rather like the Supreme Court, ready to give their combined judgement that will be written up latter and added to the DWG book of case law that will guide future judgement calls. 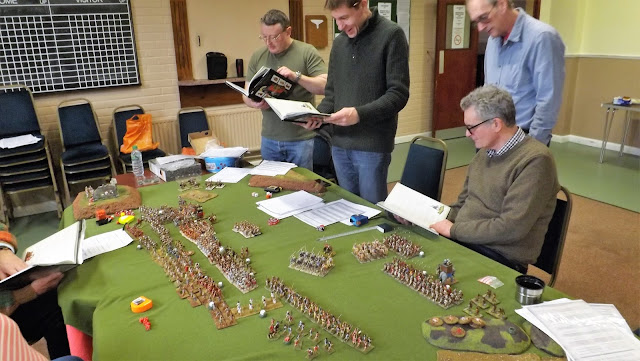 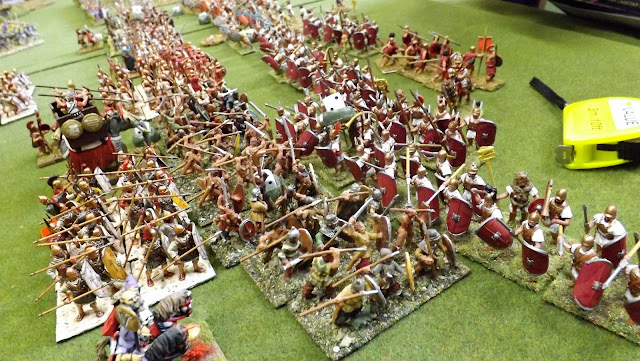 There are still figures to be added to our combined output for the upcoming game including me taking some time out from Napoleonic production line work to put together my puny, but I like to think vital, contribution of eight Numidian light cavalry, which will do double duty with my Dacian Wars collection later on. 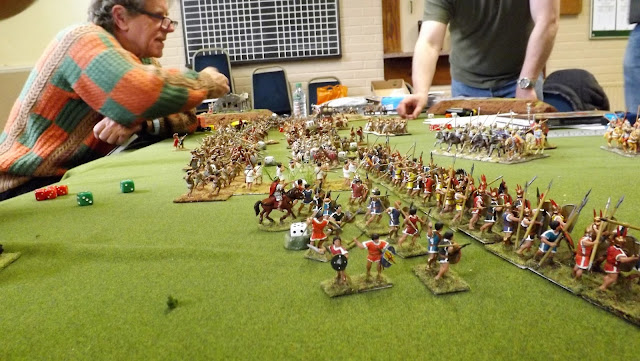