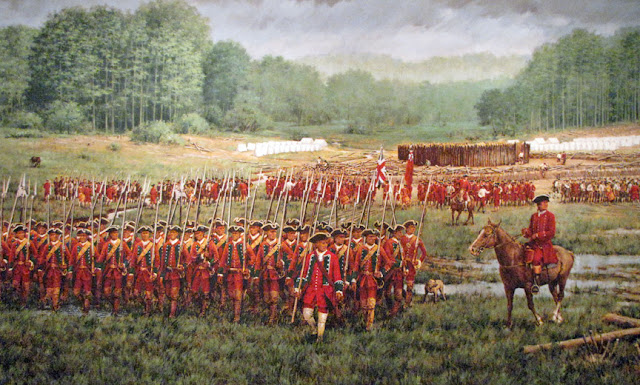 Last Month out third game saw Bob getting the FIW collection out for a game of Sharp Practice II
https://toofatlardies.co.uk/product/sharp-practice-2/ 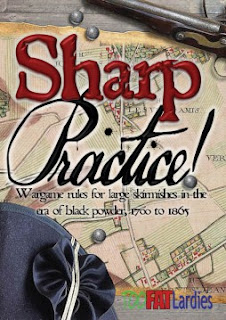 A Meeting scenario, scouting/foraging parties from both armies meeting at a small unnamed settlement carved out of the surrounding woodland. 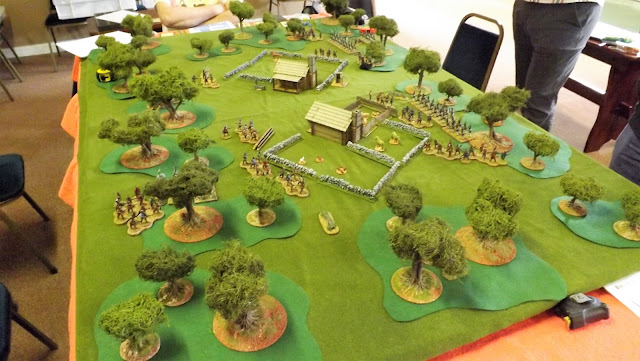 Both sides deployed rapidly on a fairly broad front; unfortunately for the French, each of their formations of Regulars were quickly hemmed in by both terrain and surrounding troops. 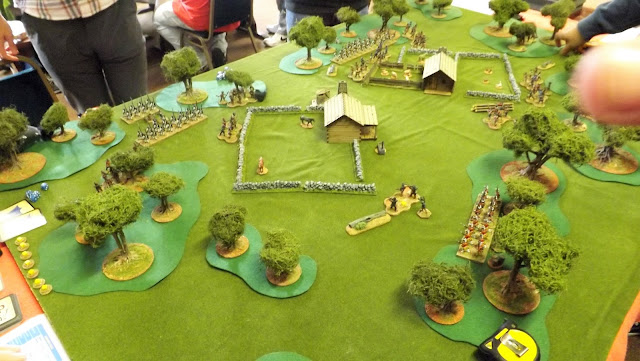 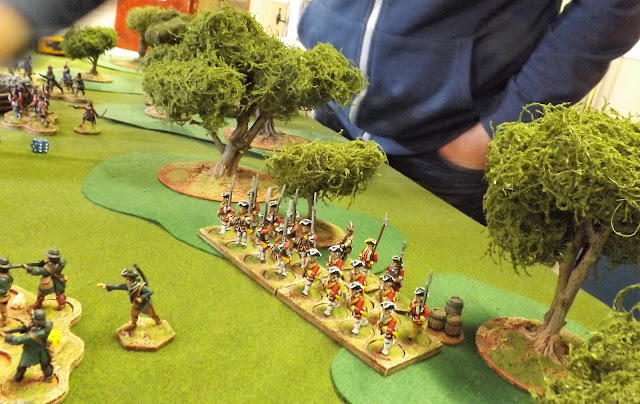 The game initially developed into a long range fire-fight, with neither side gaining the upper hand. On the French left, Irregulars and allied Indians took cover behind the walls and fences of the settlement, but this prevented their Regulars from moving further forward. On the French right, their Regulars were able to get in position to open fire on the rapidly advancing British, but there was insufficient room for the entire formation to deploy. 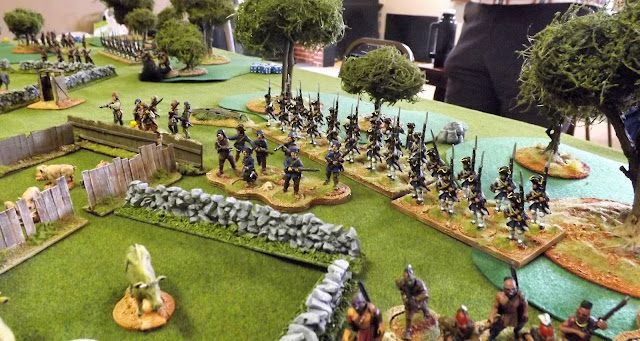 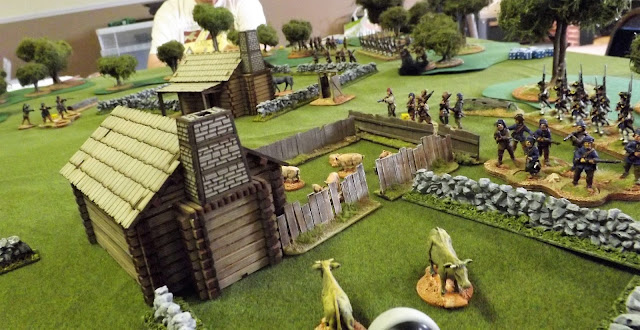 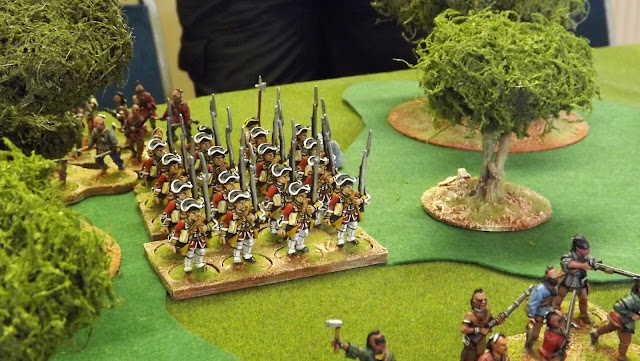 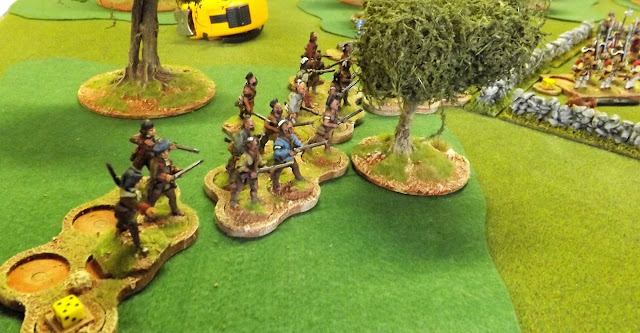 The British commander then tried to outflank the French from both sides, attempting to send their entire force of Indians around the French left flank (unfortunately nothing came of this, mostly down to two successive double 1s rolled for Indian movement), and at the same time sending a group of Grenadiers to attack the French right flank. Unfortunately the Grenadiers picked up enough shock to slow them down considerably, and their attack petered out. 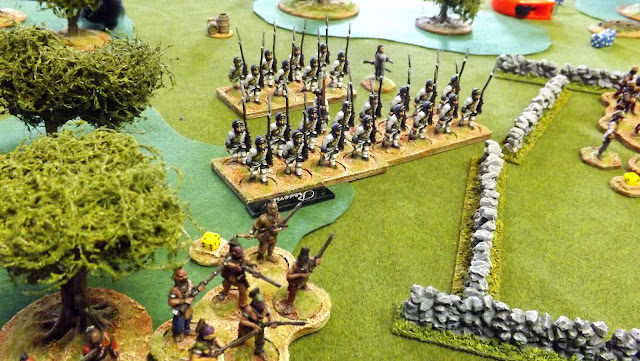 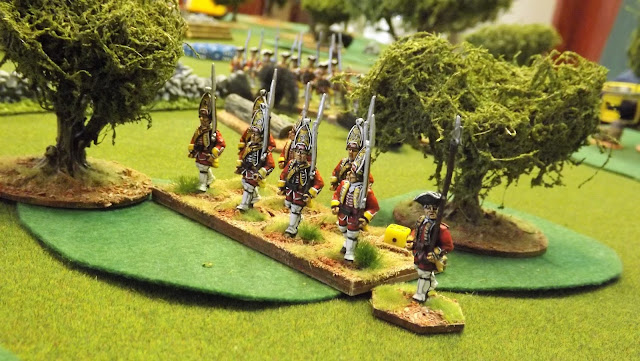 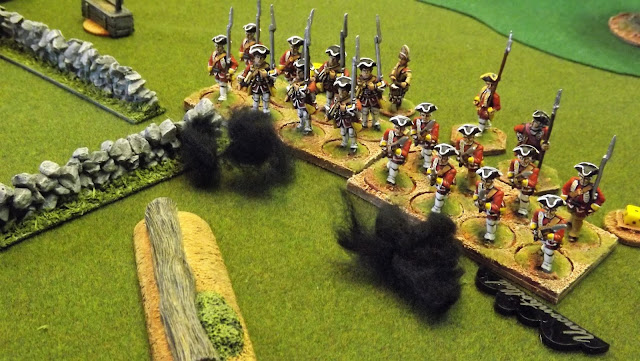 At this stage we ran out of time, so were unable to fight the game to a conclusion.
Posted by carojon at 08:47