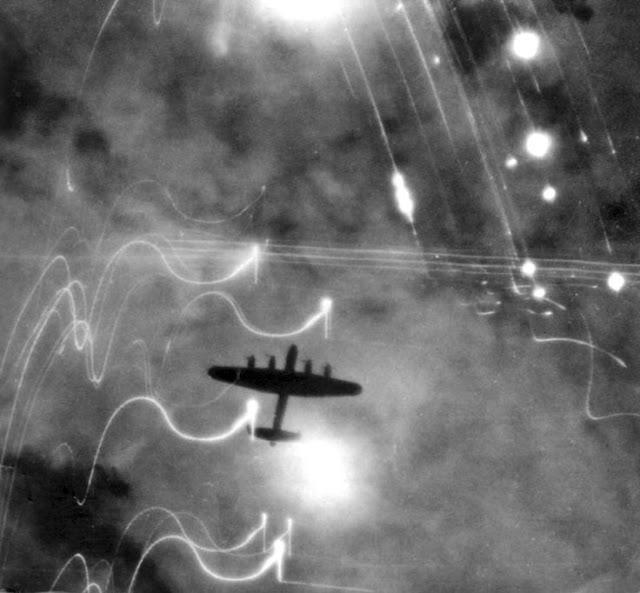 The fifth game of the Target for Tonight campaign was played at the club this weekend that saw a very promising bombing plan on Hannover derailed but some rather inaccurate target indicating by the Pathfinder force. 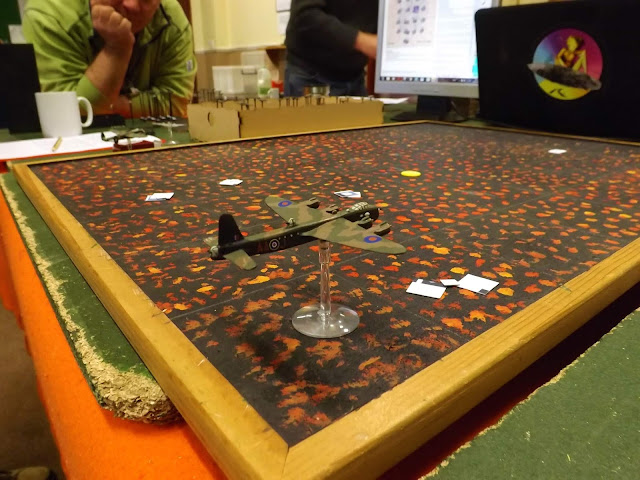 The resulting reduction in victory points scored by Bomber Command was minimised by the losses suffered in Novice crews reducing the Nachtjagd victory point tally as well. 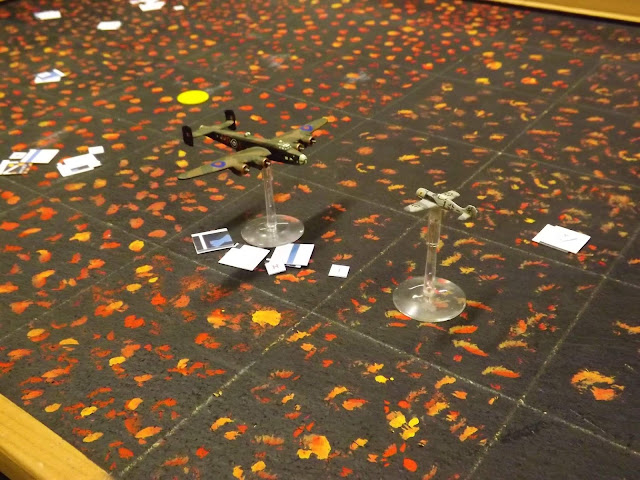 Thanks to Bob, Steve L, Jack and Stephen H for a very entertaining game.
Posted by carojon at 14:04