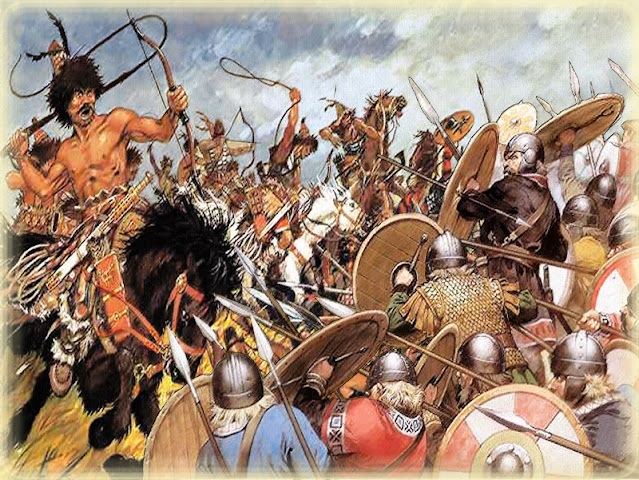 It is 469 AD and the Saxons are approaching the town of Angers in Gaul. They are supported by some Hun mercenaries. Sending their light horse and foot to scout the area ahead, they make contact with a Roman patrol. Messages on both sides are relayed to the respective Warlords announcing contact with the enemy. The setting is a largely open one with a central hill and woods to the east and west. 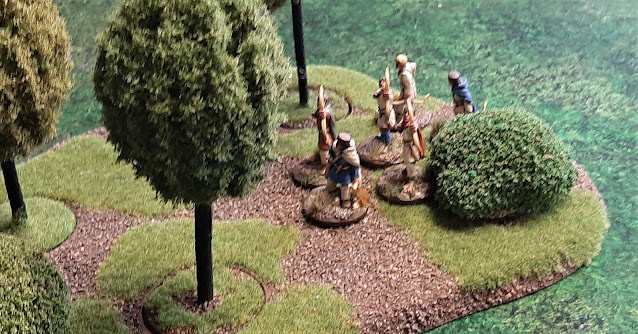 The Saxon light foot makes a beeline for the hill and secures it. Their warlord and two units of heavy foot approach the hill to add support. On the Saxon right flank Roman cavalry and Cataphracts charge two units of Hun cavalry who pour arrows onto them as they approach causing significant casualties. The Romans turn tail and run for cover. As the Romans retreat, the now confident Huns send one of the units to pursue while the other rides around the western woods to support the Saxon centre. 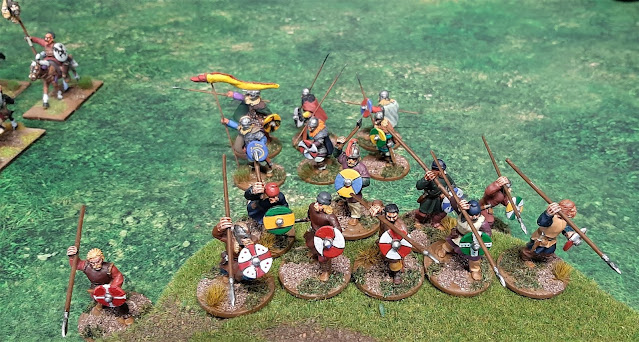 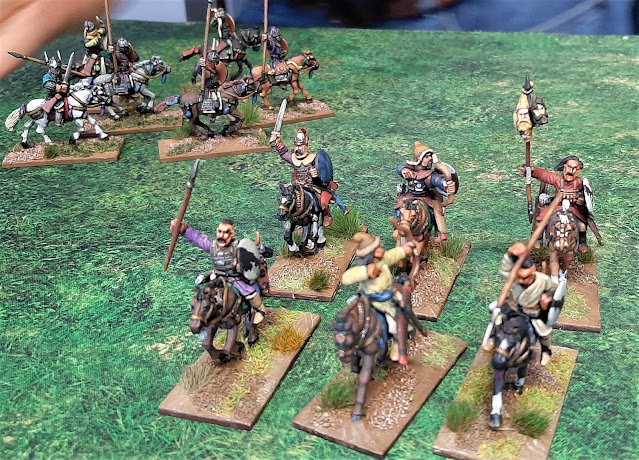 In the centre, things are really 'hotting up'. Roman skirmishers in the Eastern woods fire on the Saxon light foot on the hill causing casualties, but with the Saxon warlord close by, their courage is undaunted and they remain on the hill. On the Roman right flank a unit of their heavy cavalry has sent a unit of Hun horse reeling and with nothing in their path, the Roman cavalry charge the Saxon light foot holding the hill causing them also to flee. 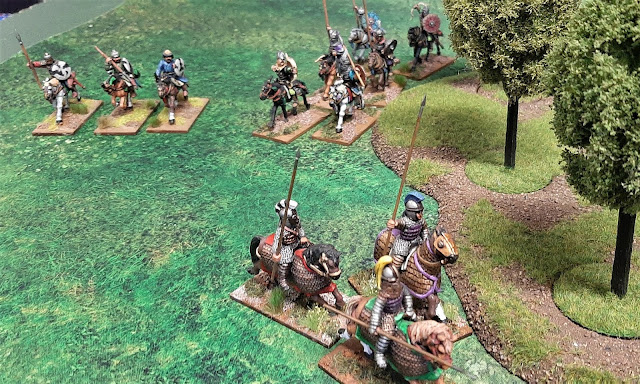 In the centre the two warlords with their retinue face each other. The Hun cavalry tries to support the Saxon foot, but they are repelled by the Roman light horse who fire deadly volumes of arrows into them. The Roman cavalry on the left flank realising they now face just one unit of Huns attack and drive the Huns from the field.

The fighting in the centre has become a war of attrition with both warlord units at half strength. It is at this point that the Roman missile fire starts to take a lethal toll. As the Saxons attack a Roman shield wall they are hit by arrows and javelins. The Saxon warlord, being the only remaining survivor of his unit, decides to retreat towards the woods on the western edge. At this point, realising the day is lost, what remains of the Saxon force quits the field.
The battle of Angers did actually take place and the Saxons were beaten by a Roman force supported by their Frank allies. This game represents a skirmish leading up to that battle.
Mike
Posted by carojon at 09:20