Today is the 225th Anniversary of perhaps the most important naval battle certainly of the French Revolutionary War and perhaps second only to Trafalgar in its consequences for the Napoleonic War that followed. 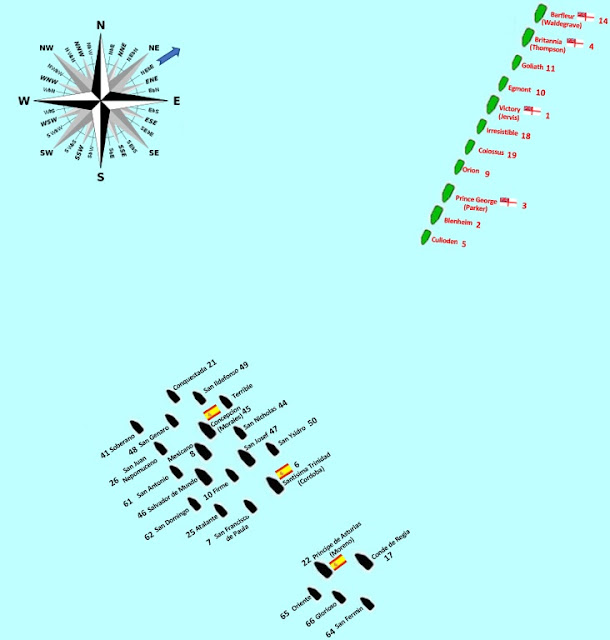 This Saturday the club marked the occasion by hosting my collection of 1:700th model ships from the Warlord Games collection of models to help commemorate this battle in the 'Grand Manner'.

The result of the battle effectively reversed a war situation at sea that was definitely going against Great Britain following the fall of her key allies to France on land which saw the Mediterranean Sea surrendered to France and her allies, as the Mediterranean Squadron withdrew to Lisbon to effectively protect Gibraltar and be on hand to reinforce the Channel Squadron now facing a growing threat of invasion in either Ireland or the home country by French troops supported by the combined fleets of France, Spain and the Batavian Dutch Republic. 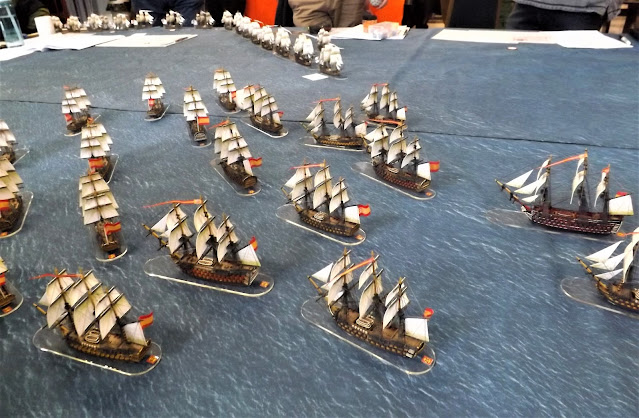 The Battle of Cape St Vincent effectively halted those plans with the defeat of the Spanish fleet destined to join the French fleet in Brest, and thus allowed the British to re-enter the Mediterranean Sea that would climax with Nelson's famous victory at the Battle of the Nile in the following year, ending French plans to sever British links to India through the Alexandrian corridor. 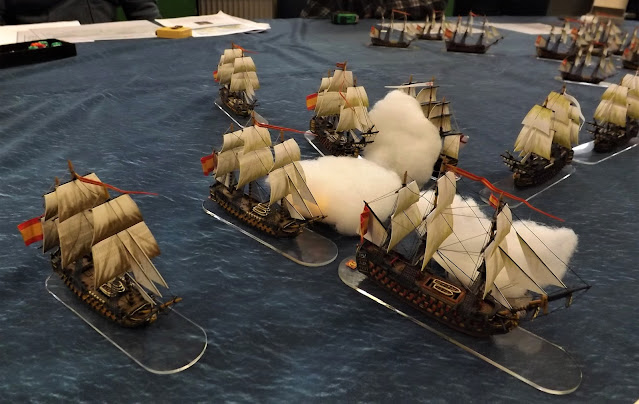 If you would like to know more about how our game progressed and other posts covering the campaign as a whole and the planning and organising of the game presented, then just follow the link to JJ's Wargames for a full AAR.
If you would like to watch a ten minute compilation of pictures and video clips from our game illustrating how the models were being activated, fired and moved, using Kiss Me Hardy, then just click on the link below.
Cheers
JJ
Posted by carojon at 20:59