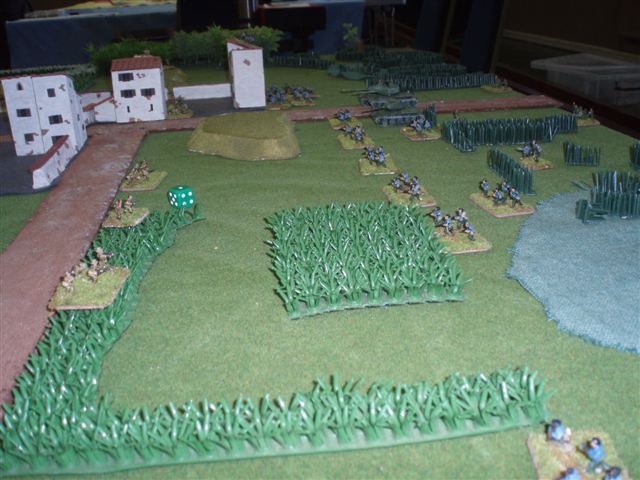 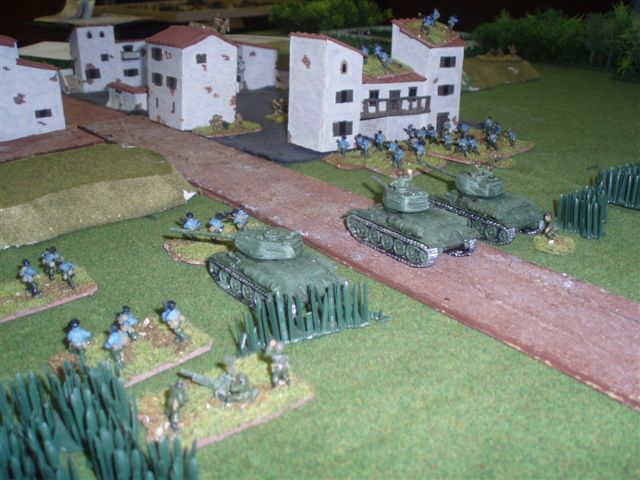 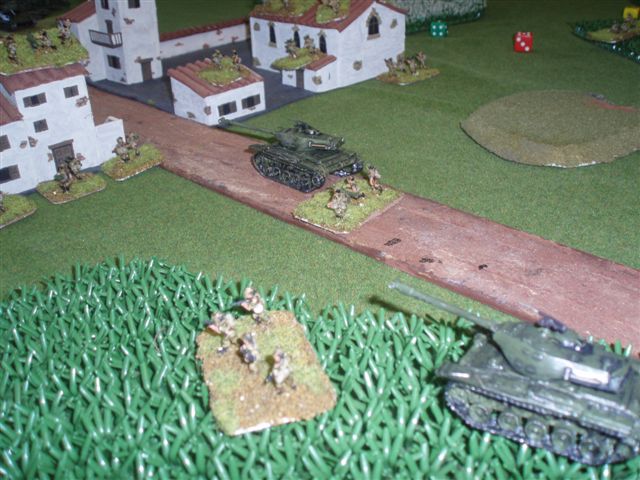 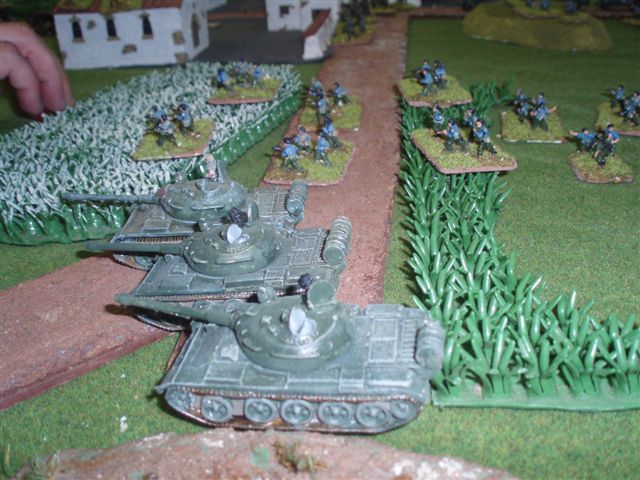 Whilst the rest of the club lazed about in the Sudan, Chas and I took a trip to the island of Cuba.

Luckily the Adder had knocked up a few hundred troops in his lunch hour, so we decided to re-enact the Bay of Pigs using FOW rules and the Vietnam supplement.

Leading my intrepid counter revolutionaries were CLA paratroopers who had established themselves in a village near the beach.

It wasn't long before some CRA militia came into view and a fierce firefight started, with the paras withdrawing to the other side of the village. A platoon of T 34's consolidated the gains for the CRA, as a lone T 41 Bulldog shot it out with them. Three versus one is not good odds and it was soon burning.

With both sides receiving reinforcements things stabilised in the village, but the T 34's broke out on their right and a vicious hand to hand battle saw bazookas and a/t grenades send them packing.

Chas was not done, as a platoon of T 54's brought the other flank under pressure. Luckily my artillery took out one and an last ditch assault into CLA infantry in a wood proved to be a step too far for Castro's men.

A good bash and the Vietnam rules played well.

Next time the Yanks can keep their Bulldog's and aircraft !