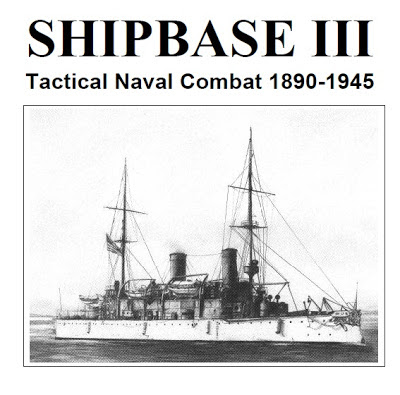 After originally planning to run an Age of Sail naval scenario using my "Clear for Action" computer rules, I was having problems saving my game scenarios. So with one day to go before our club meet and not wanting to not have a game ready to go I turned to a very reliable set of rules namely "Shipbase III" which after a bit of fine tuning, halving the gunnery to allow for battle conditions, always give a fun game. Admittedly this wasn't going to be Age of sail, but instead of frigates we had destroyers in action.﻿
﻿ 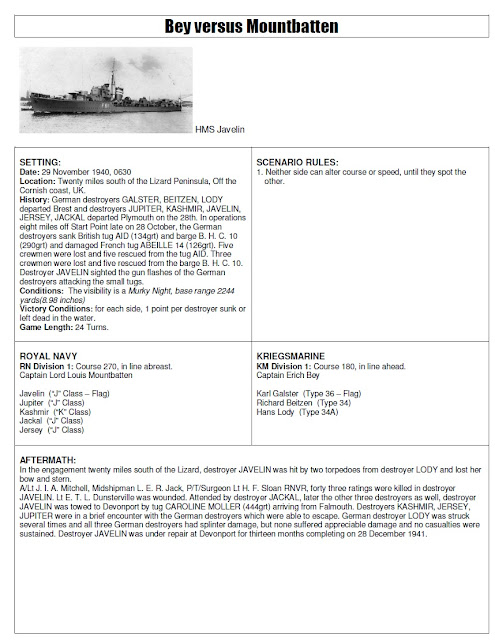 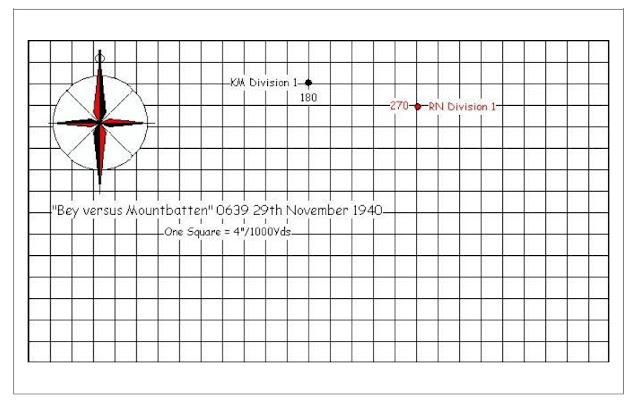 This scenario recreates one of the early clashes between the Royal Navy and Kriegsmarine in home waters, and being a Devon based club we are very familiar with the conditions that can occur in our home waters. This action happened on a murky moonless night off Cornwall, with the Royal Navy force sailing towards the gun flashes observed as the German force was getting stuck in to some armed tugs. In this game we were running our add on command and control and night fighting rules.

Both forces were on set speeds and courses until the enemy was spotted. Then forces could react according to their standing orders. Only then could either Bey or Mountbatten start to signal to their respective commands to adopt different sailing and gunnery tactics. As this was a dark foggy night with primitive signalling techniques compared to modern times, things were likely to go wrong!!

This was going to be a "knife fight" of a battle as the ranges were often only one to two thousand yards, and as wargamers we were not just going to shoot and scoot, things were likely to be bloody.

﻿
We had the RN force on alert and they duly spotted the KM ships before the Germans knew they were there. Jack and Charlie standing in for Mountbatten had opted for fire star shell and launch torpedoes as their reaction to spotting the enemy. As the KM destroyers cruised on their current course a star shell was observed on their port side and HMS Jupiter launched 5 torpedoes at the German ships. The Jupiter only launched half her possible strike of 10 fish and at slow speed setting they would take two turns to cross the KM course by which time the RN force was spotted.
The German reaction was swift, with orders to open fire on first contact, increase speed to 30 knots and turn across the enemy. Sadly for the Germans only the third ship in line, Hans Lody, reacted to the new order, with her two consorts sailing on in line ahead. However the gun barrage from Lody at HMS Jupiter was devastating at about 2000 yards causing 60% damage and three fires, forcing her out of the line limping along at 6 knots.

The RN torpedo's all missed and both sides were well aware of each others presence and desperate to bring order to their reactions. Both sides had ships out of formation and command and so had to fight with what was available. Both sides opted for a combination of gunnery and torpedoes to settle the affair and after thee turns of action, two RN destroyers Jupiter and Kashmir and KMS Hans Lody were sunk. 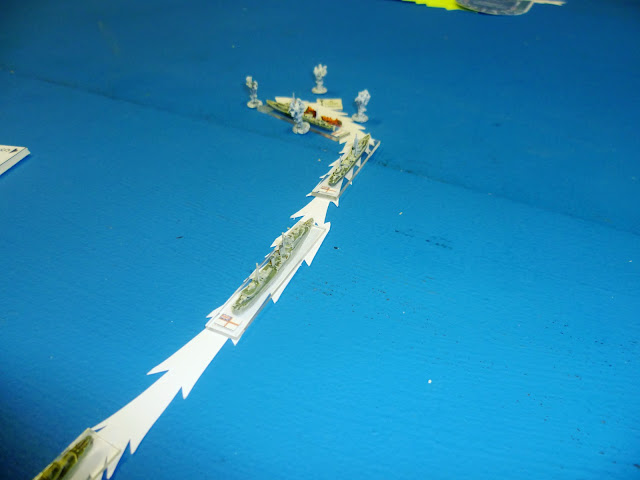 At this stage discretion would normally have been the better part of valour, and with the ranges increased and the darkness re-enveloping the forces our respective commanders may well have withdrawn to lick their wounds. We however are wargamers keen to try out our rules to destruction, and so we turned towards our respective foe and armed the torpedoes.

As both sides charged towards each other on opposite tracks the night grew lighter and visibility increased. Three RN destroyers vs two Kriegsmarine with signal lamps flashing to order launch remaining torpedoes, fire the guns and take evasive action.

At one stage there were 26 torpedoes in the water and that was going to hurt at 2000 yards. The first ship hit was the Karl Galster, two torpedoes broke her back and she sank fast. However her six torpedoes caused five hits sinking the two rearward RN ships and having a dud hit the lead. The gunnery from both remaining ships was ineffective and they were both limping away when the final salvo of British torpedoes found their mark. KMS Richard Beitzen had avoided nine fish but it only took one to seal her fate.


With daylight approaching HMS Jackal limped away at 3 knots badly damaged but afloat and keen to avoid the Luftwaffe on her desperate return to Blighty, but that as they say is another story.

Thanks to Jack and Charlie for a very enjoyable afternoons gaming.﻿
Posted by carojon at 11:26