Yesterday was the March meeting of the DWG and a very eventful day it turned out to be. The drive to raise the profile of the club and to attract new players in the area saw the club play host to 21 gamers and saw several new members at their first game with the club.

I took a few pictures around the room to capture the "hubble bubble" of conversation that precedes a day of gaming as people catch up and games are set up and briefed out to the participants. The really nice thing to see was that we originally had two games planned which rapidly progressed to four over the day to accommodate the numbers that wanted to play. Thanks to Steve H for pulling together a game of "Saga" and "X-Wing" as well as organising the game I took part in of "Hail Caesar".

In addition to the the three games mentioned, Nathan set up his lovely collection of 28mm Sudan figures for a game of "They don't like it up em" from the Lardies. Game reports on the days events will follow. 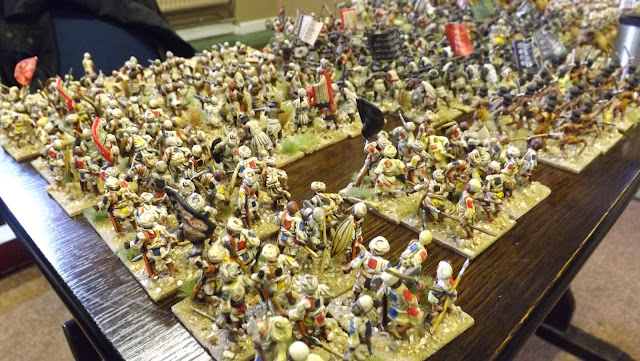 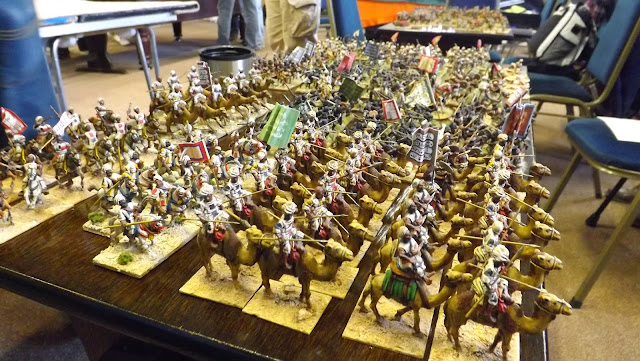 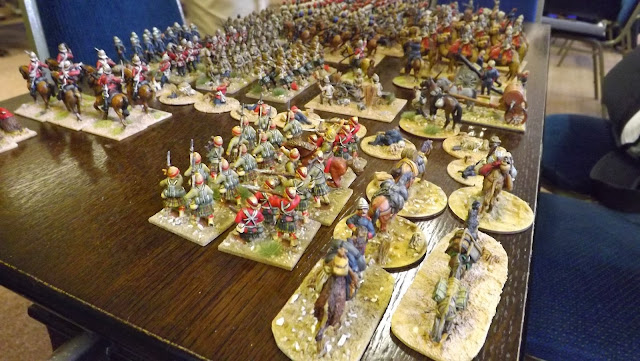 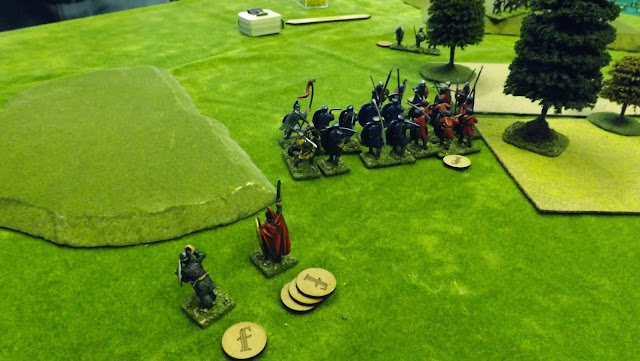 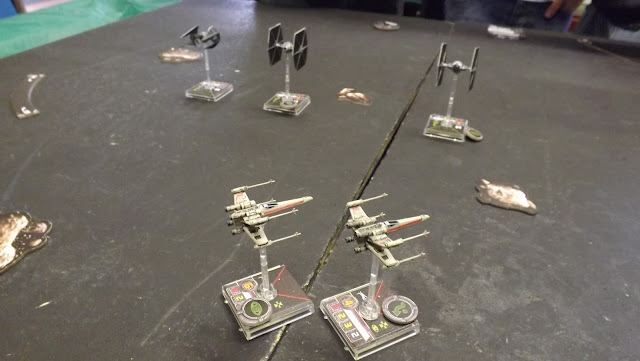 A very warm welcome to all new members who came along yesterday and joined in the fun. If you are interested in joining a club in the Exeter area, then check out the Devon Wargames Group.
Posted by carojon at 08:40