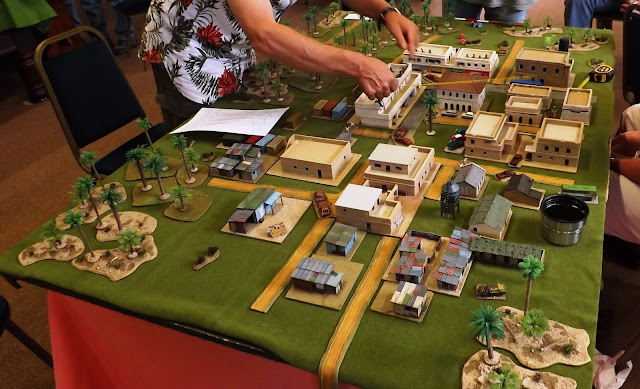 A small dusty provincial town is rudely awakened by the beating rotors of several Mi 8 transport helos. The oppressive regime of President for life Ndango has received intelligence that Joshua Limgabi, leader of the local Popular Front Political Cell, is in town for the night. The government airborne battalion has been tasked to arrest him. A follow up force from the local brigade will aid the extraction.

Unfortunately for the government troops, the local brigade elements were detected moving out of their barracks. Limgabi therefore tasked Comrade Maximum to lay an ambush on their approach route even before the approach of helicopters alerted the rebels. 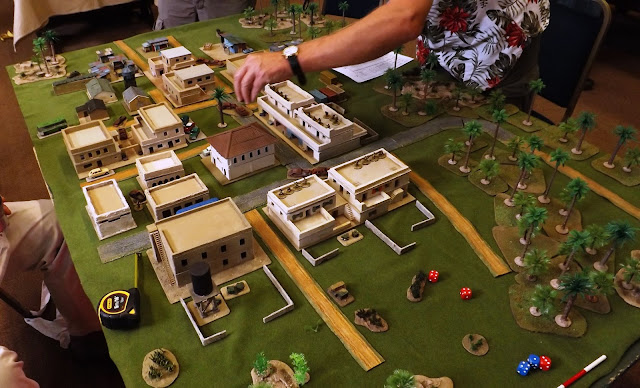 On hearing the helos, Limgabi and his lieutenants immediately got on their toes, bomb bursting to confuse the pursuit. The airborne platoon engaged and killed one fleeing rebel and gave chase to the other two. They managed to detain the first, but the second ducked into the mosque and evaded capture. 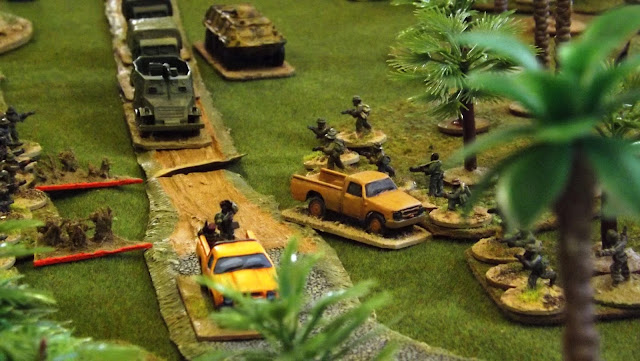 By now the local militia were beginning to organise. A particularly alert unit piled out of the mosque, straight into a brawl with the airborne arrest team. In a brutal short range fight, several rebels were killed but Limgabi was released, somehow surviving the crossfire. 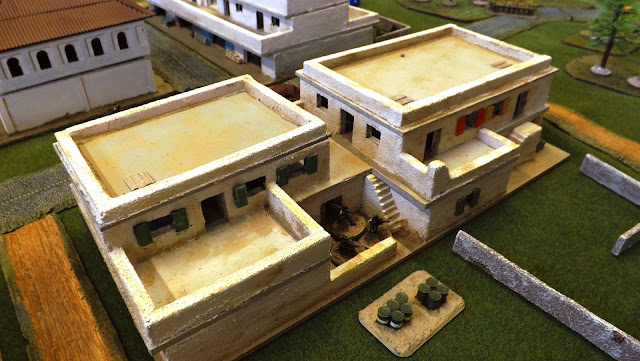 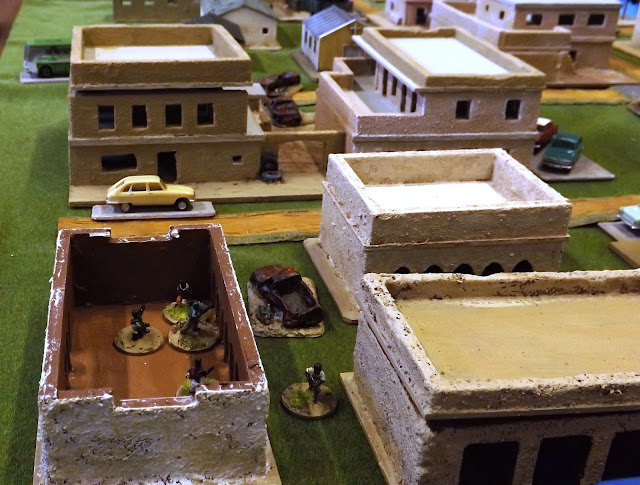 By now the unsuspecting relief column was moving towards the town. Moving in a rather untactical
formation and having forgotten to deploy scouts or an advance guard, they unsurprisingly drove straight into Comrade Maximum's ambush. For his part, Comrade Maximum had been leafing through Sean Bean's top tips, deploying his forces in the well rehearsed 'circular' ambush. This ensured that although some serious damage was done to the convoy, many of the ambushers found themselves under fire from their own comrades across the track. 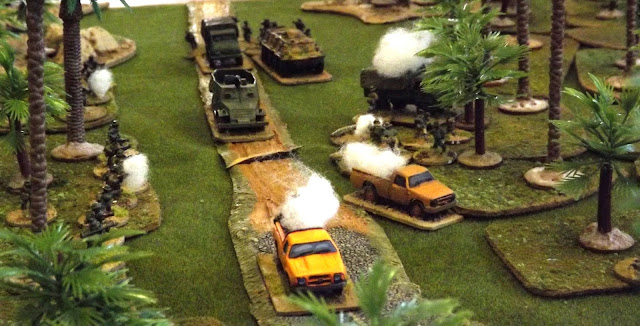 The ambush zone quickly became an attritional firefight, the column being too long to catch entirely in the killing area. The rear elements deployed and eventually the 14.5 cannon on the BTR made its presence felt. It allowed Lieutenant Vinbaba to direct a left flanking attack on the ambushes from a safe distance in the rear. 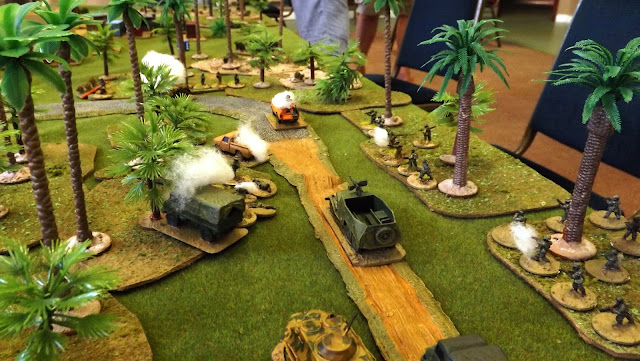 Meanwhile, back in town Captain Chadhobi and his airborne platoon began to realise they'd properly kicked a hornet's nest. As rebels appeared all around, their superior training meant they quickly dispersed the rebel groups, but they didn't have the numbers to sustain casualties and keep fighting. With Limgabi on his toes, making for the shanties on the edge of town, all they could hope to do was wait for the column. 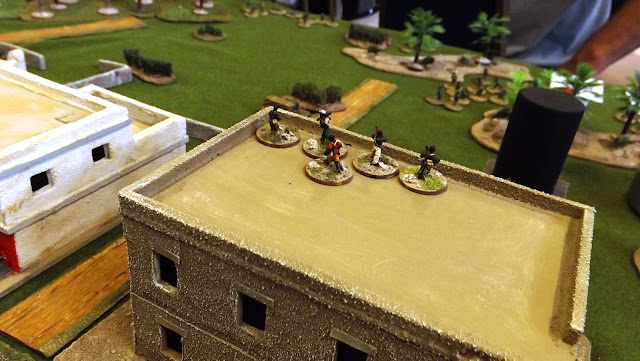 Lt Vinbaba had dispersed Maximum's ambush groups and then gathered his last intact section to move into town. Too late to help the airborne, the last running Unimog from the column would have a few spare seats on the trip back. 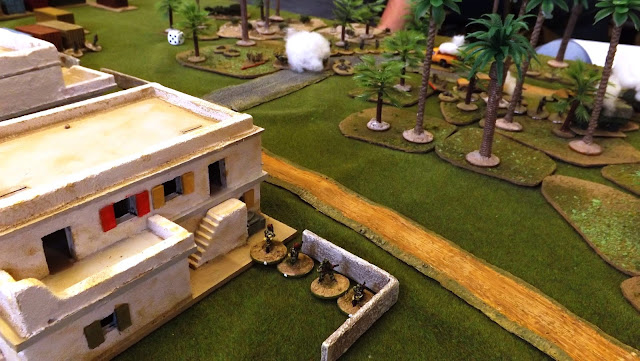 Rules used were 'Fast and Dirty' by Ivan Sorensen. The activations are card driven and the mechanism gives quick resolutions to most situations. Troop quality is a major factor, hardware being less important. The game meant just about all circumstances arose other than indirect fire. We'll save that for next time when the government returns on a punitive expedition.


Much fun was had by all and everyone was very patient with the occasional erratic umpiring. Steve H displayed an uncanny ability to roll for the random arrival of his rabble militia putting them right in the thick of it every time, making life very interesting, as the Chinese curse would have it, for Chas.