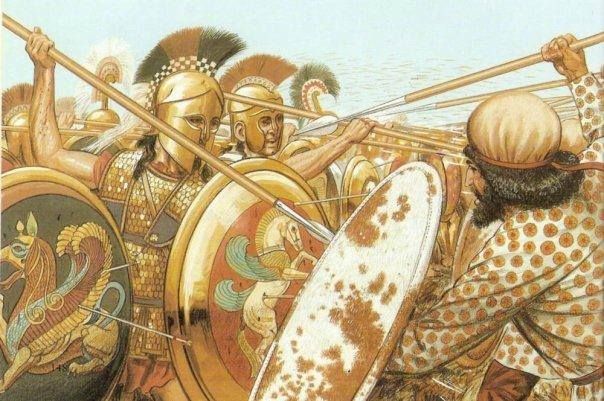 Many thanks to Chas & Andy for putting on today's trip back in time to the Greco/Persian wars.

It is nearly fifteen years since we played the Battle of Platea to death and just as long since many of our 28 mm collection of figures graced the table (some say Andy has more recently used them for DBMM, but I don't care to spread such rumours). The game was played to Hail Caesar rules. 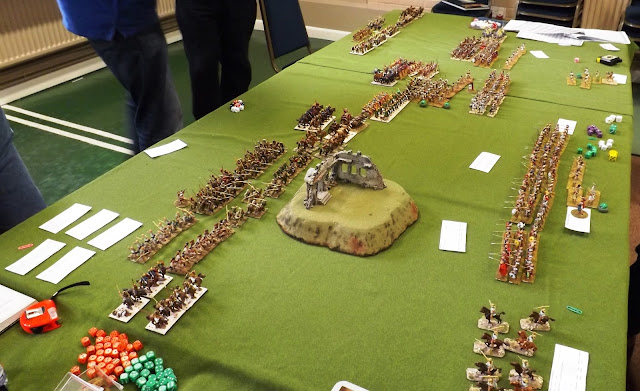 The scenario pitched Steve H, Jason (for a period) and myself as Greeks, against Chas, Andy & Steve M commanding the Achaemenid army. I took the Spartans under Leonidas on our right, Jason (then Steve H) the central Athenian division and Steve H the double size division (eight phalanxes) of Allied hoplites on our left. A screen of skirmishers across the battle line and one unit of cavalry on either flank completed our force.


Facing off against us were three divisions of Persians. Chas was opposite the Spartans, Andy the
Athenians and Steve M the Allied hoplites. Chas fielded a unit of cavalry, a selection of skirmishers and a line of spearmen. Andy had two units of Immortals (nice dressing gowns; award winning some would say), a solid line of spear units, a screen of skirmishers and a cavalry unit, whilst Steve M had two mercenary Hoplite units, more Persian spearmen, skirmishers and some cavalry. Needless to say every man and his dog in the Persian army had a bow or a fistful of javelins or both. 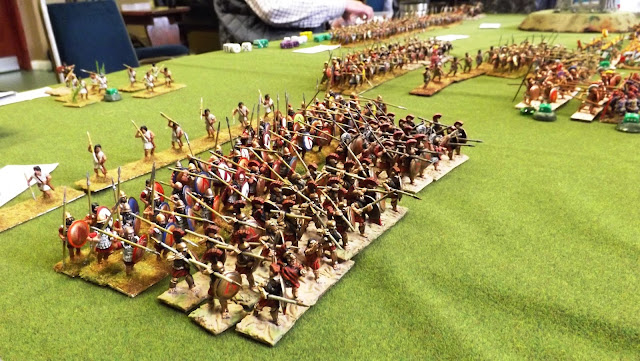 The game kicked of with Andy rolling a 6 for initiative to decide first turn, a feat I could not match. The Persian line moved up to missile range, with only Chas's division, opposite the Spartans, holding back. I think we could all see what was on their mind. Be they Medes, Paphlagonians, Kardakes or Egyptians, they bent their bows and fired. Even at long range hoplites fell across the line. 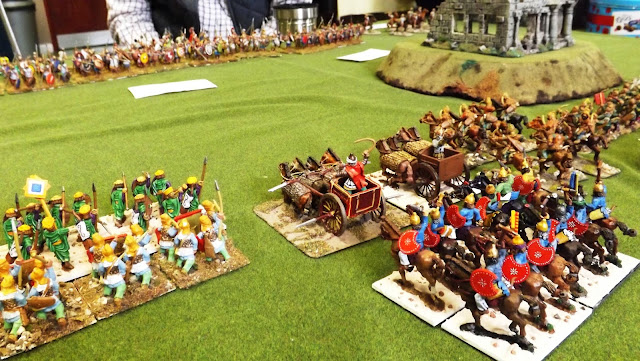 Seeing no future in standing as missile targets, the Greeks were given the order for a general advance. The Athenians & Spartans did as they were told, but the Allied division must have thought Leonidas wasn't talking to them and stayed where they were. 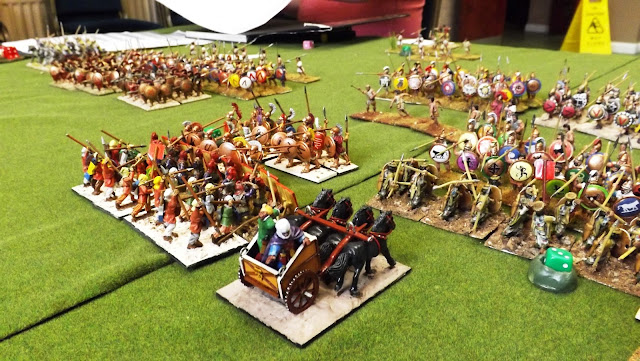 The Athenians hit the Persian centre and a general melee developed. The Persians were forced back in places, but a flank charge from the cavalry took the Athenians aback and advantage swung back and forth. Two scythed chariots rushed across the field to flank the Athenian second line. One passed harmlessly by as the hoplites opened ranks, but the other struck home. In the fight the hoplites cut down the chariot, but took casualties in the process. 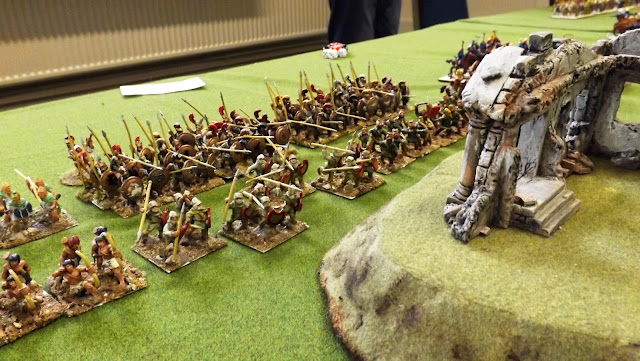 Chas's force watched the Spartans jog trot across the field, as Persian missile fire saw off the Spartan's supporting cavalry and skirmishers. Meanwhile, in the centre, a life and death melee had developed with both sides flanking and throwing in supports. Steve M's force took the hill and fired on the Greek Allied hoplites, who were still refusing to move. 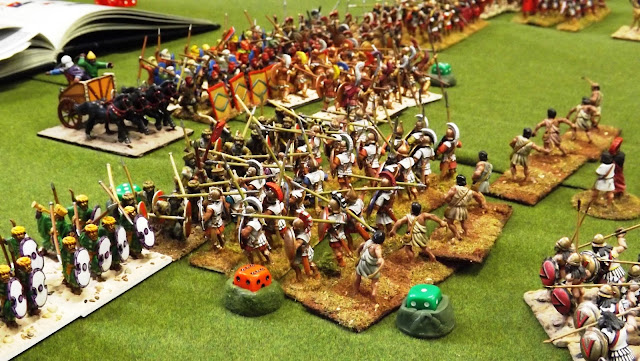 Now the Spartans hit Chas's line and swept them away. It was a lot to expect them to stop the best troops on the table, but they had occupied the Spartans long enough to allow Andy's Immortals to force the Athenians into retreat and then withdrawal. 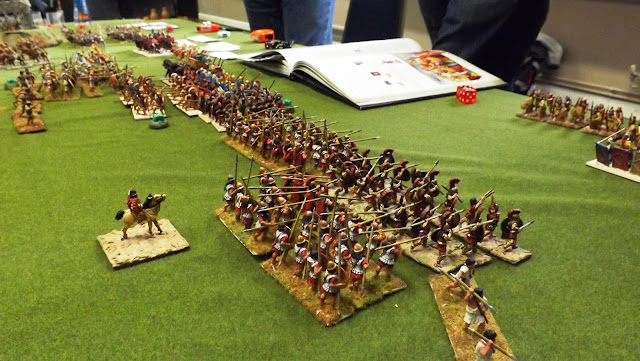 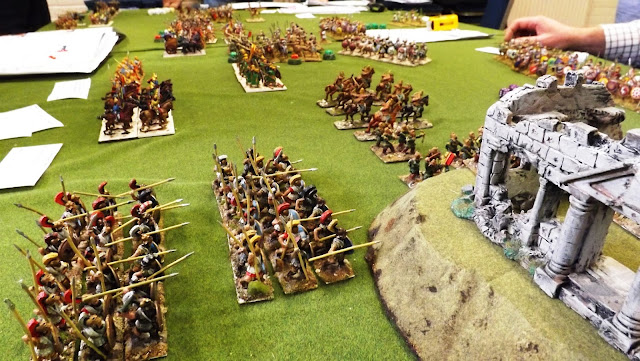 Finally the Greek Allied hoplites deigned to move and charged the Immortals. With the Spartans came into charge range, the writing was on the wall and the Persians conceded.
The game was played in the usual good spirit, even if it soon became clear we did not know the rules as well as we thought. The rules gave an interesting series of problems, some of which required help from the experienced rule lawyer "Mr Steve" to adjudicate.

All in all a good game and a comprehensive refresher on the Hail Caesar rules. As we intend to use these rules for next summer's Punic game, we clearly need to read them up and get some more practice !