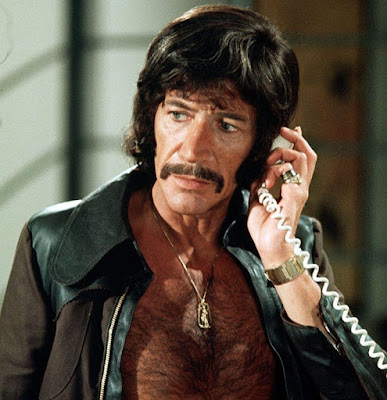 To mark the sad passing of Peter Wyngarde, Chas decided to take us back to his youth and the wonders of "Department S". 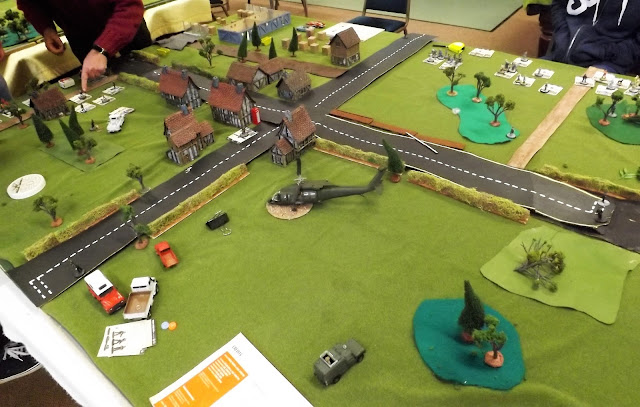 The scenario was that a British army helicopter had crashed in the Devon countryside whilst transporting the advanced ZX80 top secret computer. The local Police had secured the crash site, but
were unaware of the true situation. Department S agents were dispatched to make contact with the
Police and recover the advanced machine. 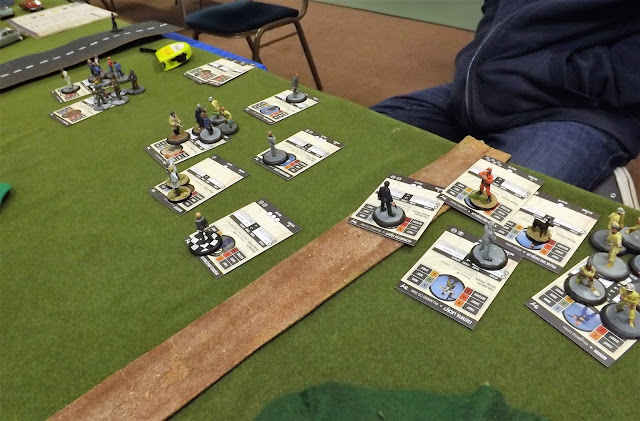 As feared, foreign agents were already en route to the site, to steal the ground breaking British
technology. Who knows what use they could put such a powerful "computer" to ? 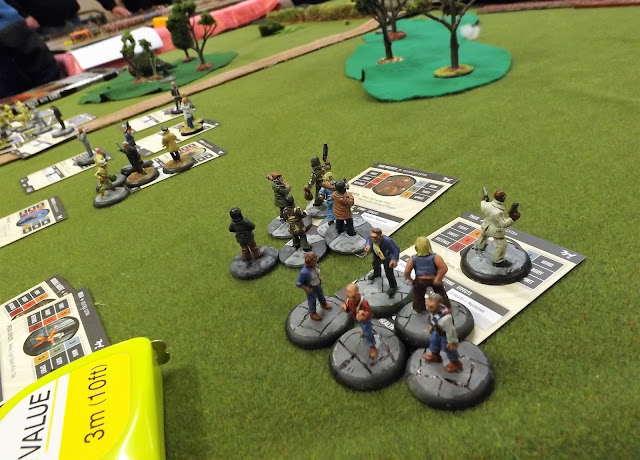 The scene opened at the crash site, near a crossroads in a small hamlet. The Police had established
road blocks on each of the roads into the area and officers were posted by each part of the widely
scattered wreckage. 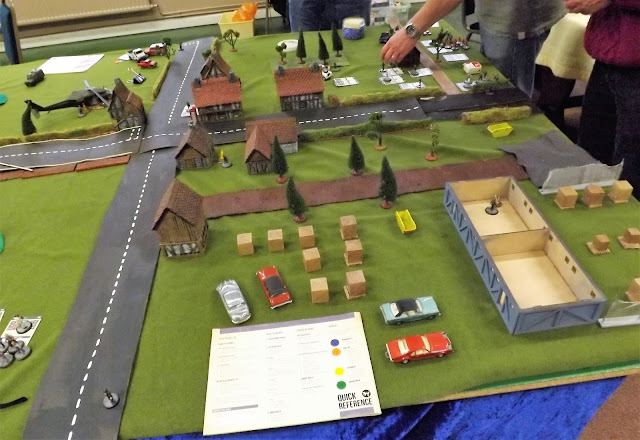 Drawing up at one checkpoint, Jason King flashed a ready smile to the officers. A quick check against his "seduction" special ability (best not to ask), persuaded the constables to wave him through. 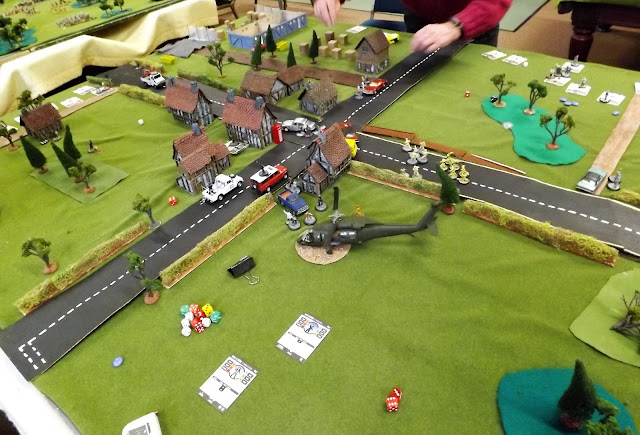 Meanwhile, on a different approach road, Stewart Sullivan was not finding things so easy. "Look, I
work for Interpol." he said. "Interpol, who are they then Sir ? We don't have any of that in these
here parts." the officer replied. 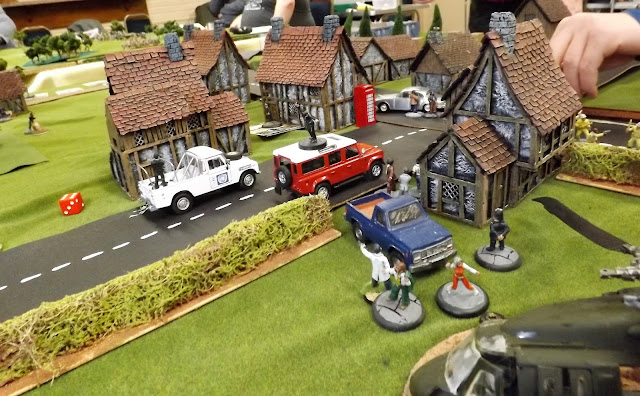 On the last two roads, vehicles carrying east European agents were waved down by the Police. Their
approach was less subtle and sub machine gun fire rang out. One officer fell, but the other dodged.
A shotgun fired and he dodged again, Matrix style. "FFS" the east Europeans said in Russian. Finally a volley of pistol shots cut him down. 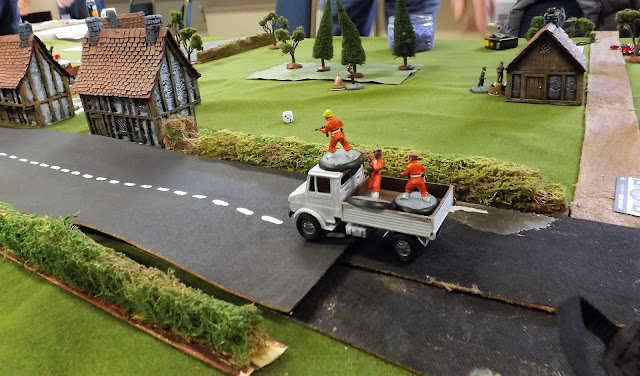 Seeing a policeman by a piece of wreckage, Jason King and a scientist went to investigate. "Is that a
"computer" ? King asked. "No" said the boffin, "That is a clock radio". "Ah" said King "Just as I thought. "


Elsewhere on the crash site, foreign agents cut down a policeman and grabbed the piece of nearby
wreckage. 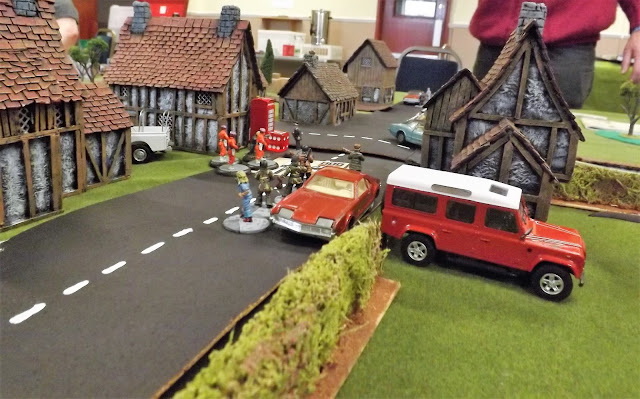 Meanwhile, Stewart Sullivan and his colleagues had spoken to the chief constable on their car's radio
telephone and been granted access to the hamlet. Just as they arrived foreign agents opened fire
from the crossroads and a fire fight developed. Minor cast members on both sides were cut down
and a Cortina 2.0 GXL slewed across the junction. It's occupant gave fire to the a group of
Department S security officers and four officers emptied their pistols into his vehicle. The car erupted in a fireball. 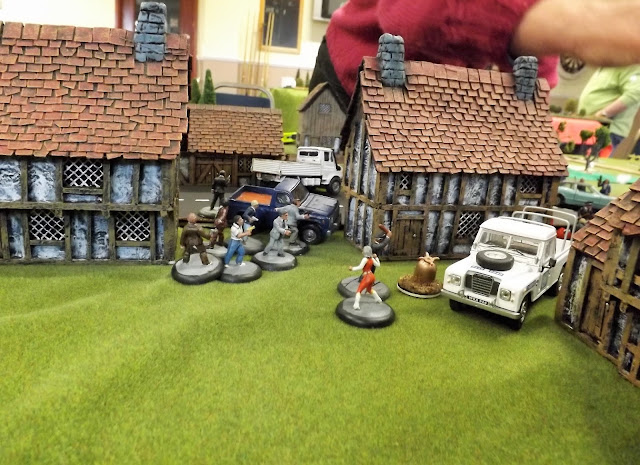 Jason King and his boffin drove towards the enemy agents carrying part of the wreckage. As they
neared the group, an "evil co-star" leapt onto the side of the vehicle. "I have been waiting to take my
revenge on you King" he said (vendetta special ability) and fired through the window, killing the
boffin. Using his "impossibly cool" trait, King avoided the fire, blew smoke from his cigar in his
assailants face, pushed him from the vehicle and ran him over. "That is why I am a star" he said as he
drove on. 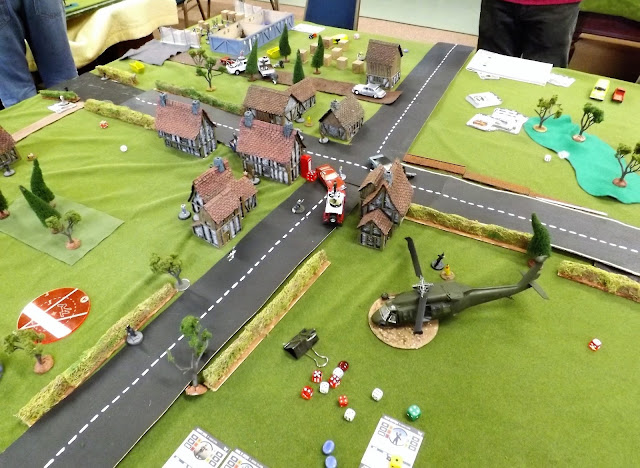 At the crossroads things were going in favour of the forces of law and order. One denim clad thug
remained and he laughed off every attempt to gun him down. It began to look like denim was
bulletproof, but he was eventually overwhelmed. 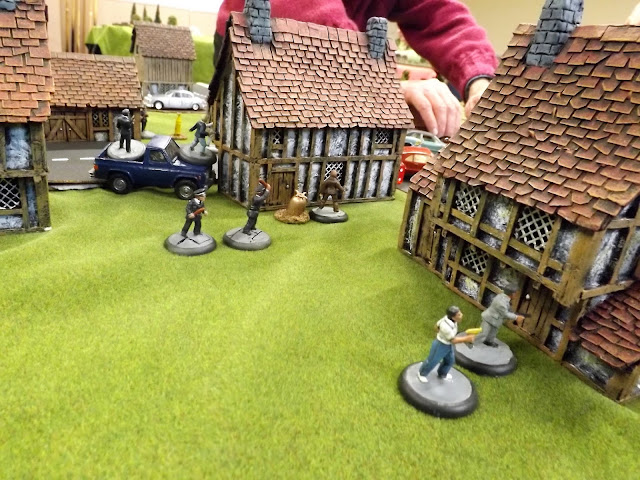 The enemy agents carrying the ZX80 got into a waiting Jag (it is always a Jag) and gunned the engine.

Just then a Landrover driven by Stewart Sullivan rammed their car, disabling it. The foreign spies
jumped out and tried to run off with the secret device. At this point King came speeding towards
them across a ploughed field. Leaning from the window he fired a shot, killing the man with the
ZX80. The man next to him picked up the device and ran to a waiting car. As it drove off, with King in hot pursuit, the closing credits read: 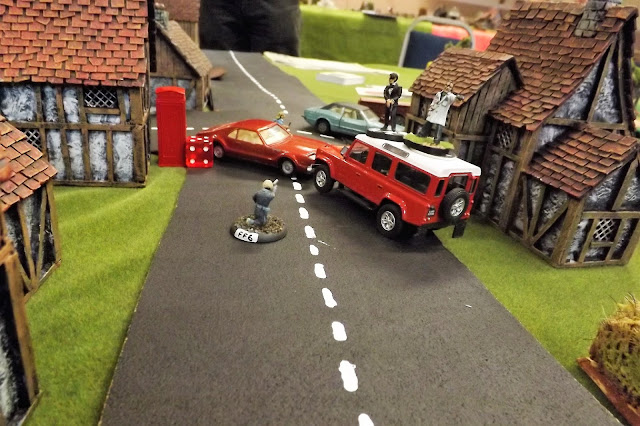 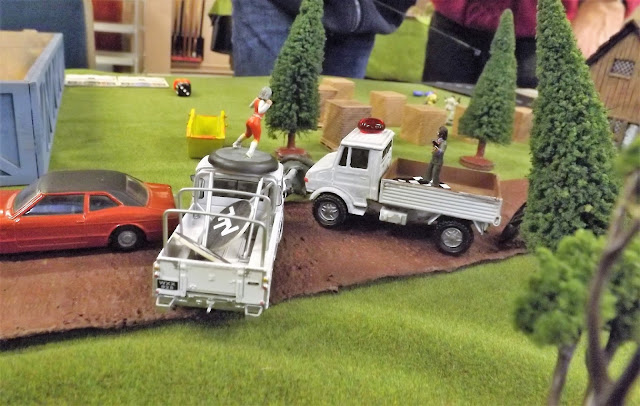 Many thanks to Chas and Charlie, who played the dastardly devils and Steve L, who joined me with
the men from Department S. A well deserved win for the enemy agents, in a close fought game. 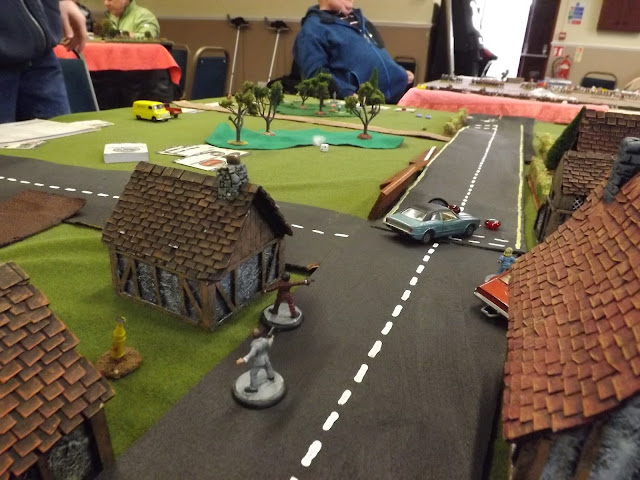 The game was played to the excellent "7TV" rules from "Crooked Dice". They certainly catch the
60s/70s vibe.

P.S. No velvet was harmed or shirt frill creased during the making of this programme, but Jason
King's Chelsea boots did get muddy. Nothing a good buffing with some "Cherry Blossom" polish can't sort out though.
Posted by carojon at 07:54