Operation Hanswurst: The Raid on the Eastgate Panjandrum Factory 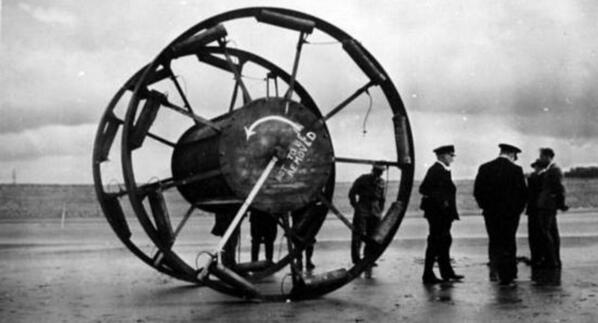 Many thanks to Chas for running a scenario based on the little known 1940 German raid on the "Great Panjandrum" factory. 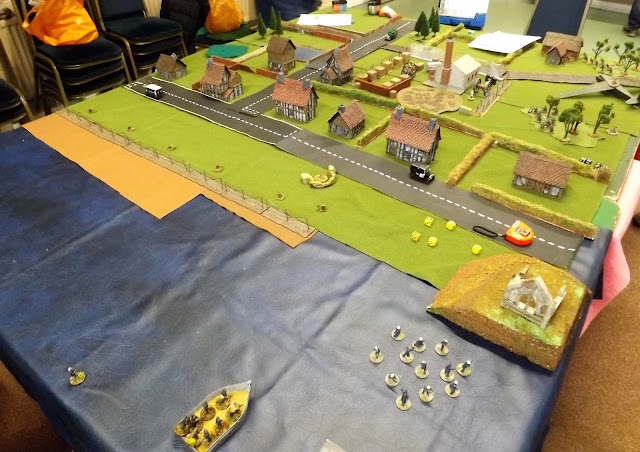 I was surprised to learn that Hitler had thought the Panjandrum was a war winning weapon and had
dispatched a raiding party to capture an example of the secret weapon or at least one of the scientists that was working on its development. 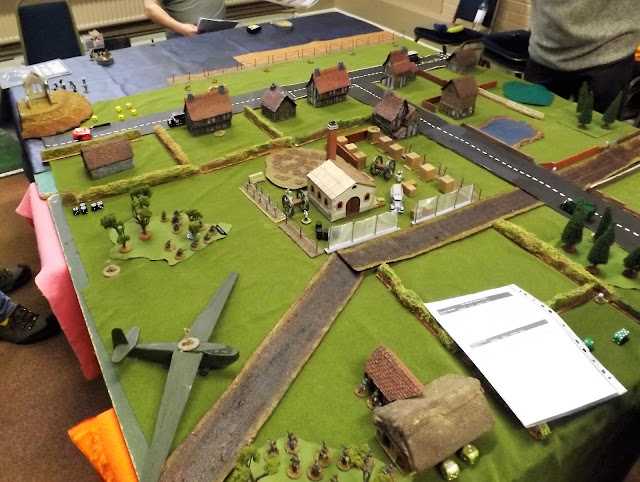 Early on the morning of 10th October 1940, as sea mist rolled up the beach of the pretty Sussex seaside town of Eastgate, Kriegsmarine sailors and a squad of U-Boat crew approached in assault boats. 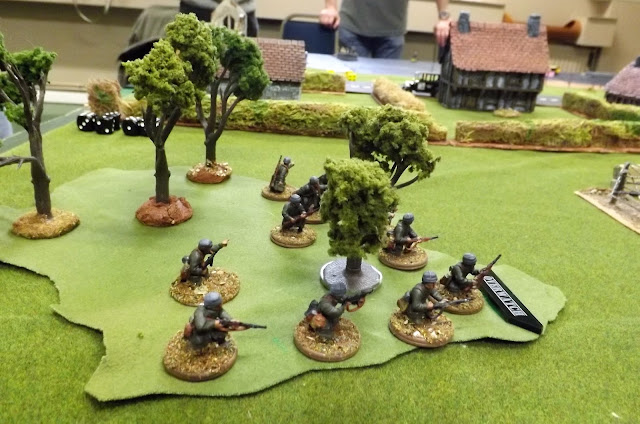 Meanwhile gliders swept into the fields behind the town and disgorged 3 sections of elite
Fallschirmjagers, close to the Panjandrum factory. 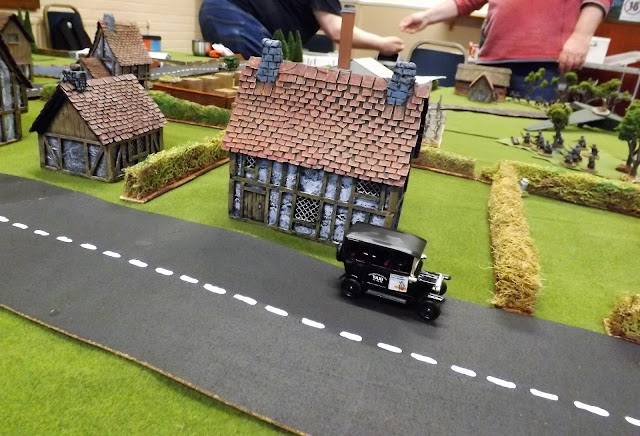 Near the beach, a group of tourists ignored the warning signs and strayed into the restricted area on
the seafront. At this moment, German sailors leapt from their assault boats and up the beach towards
the wire entanglements at the town end of the beach. 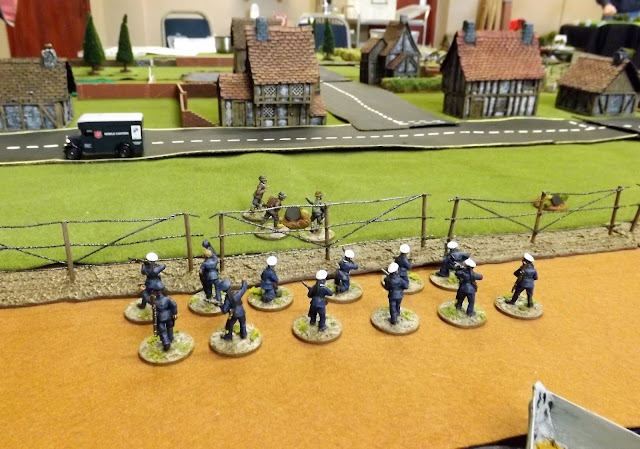 Seeing the gliders approach, members of the Eastgate LDV & Home Guard grabbed their weapons and hurriedly took up defensive positions around the town. 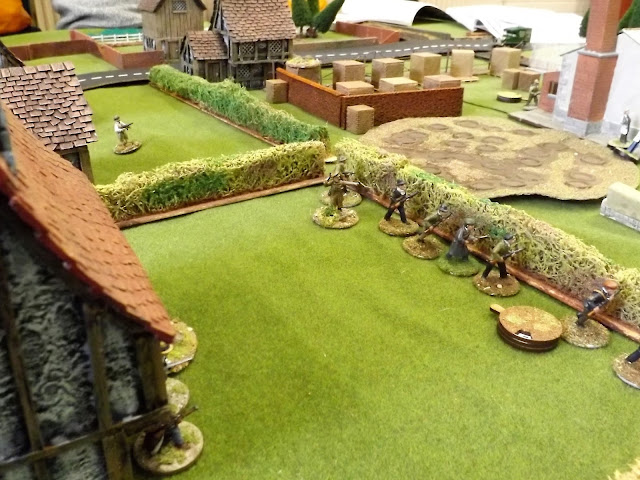 With the town being attacked from two sides the defenders were soon firing at both the beach and the
open fields to the north. The Home Guard Smith gun in an emplacement on the seafront soon cut down a member of the U-boat crew, as a Flame fougasse mine detonated nearby, killing another sailor. At the same time the LDV shot down a couple of Fallschirmjager. 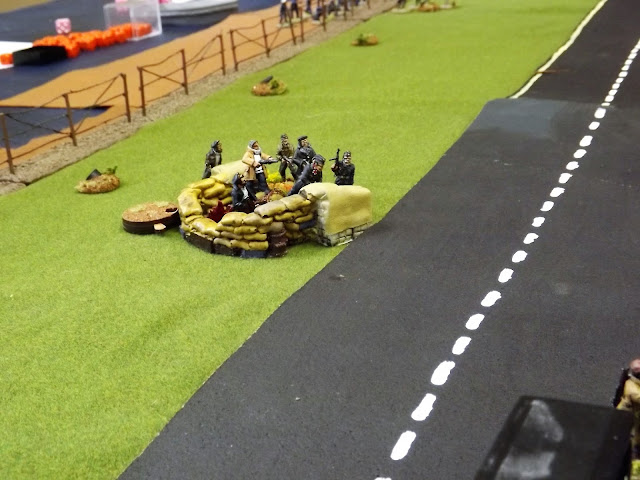 The MP40 armed U-boat crew stormed the Smith Gun's position, throwing stick grenades and spraying the hapless defenders with submachine gun fire. The crew died to a man and the assaulting
Germans took the emplacement, but not before their leader, "Young Chas", fell to a bayonet. His men
looked at the fallen hero, made their "Sh*t Happens" roll and decided they didn't care, as no one liked
the clown anyway. 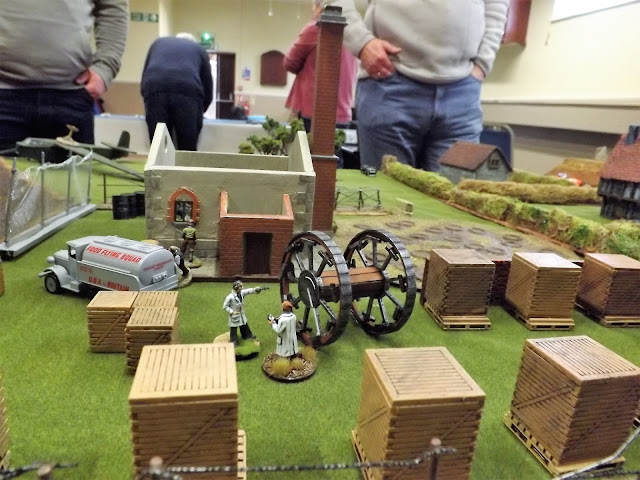 Meanwhile the Fallschirmjager were getting the worst of exchanges with the LDV men firing from
houses, but pressed on towards the factory. 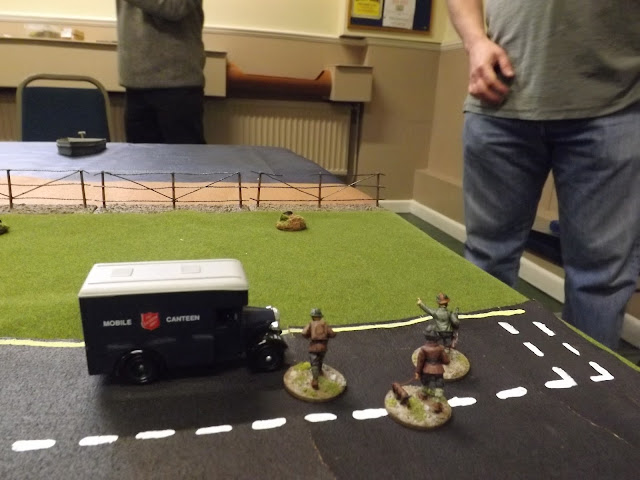 At the seafront, it became clear the tourists were not all they seemed, as they tampered with the
Flame fougasse nearest the Kriegsmarine attackers.

With the Kriegsmarine squad crossing the wire, a Beaverette armoured car drove along the seafront
road. It cut down two of the "tourists" with machinegun fire, leaving the remaining visitor and his
Dachshund fleeing for their lives. 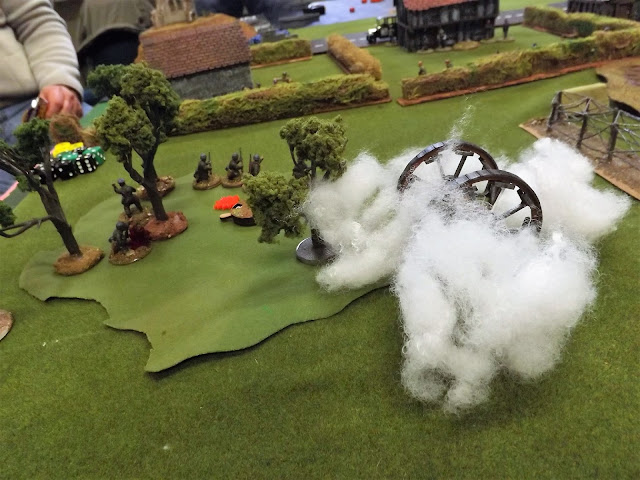 At the factory, a group of scientists steered two Panjandrum's towards the Fallschirmjager. One of the
secret weapons careered into a German squad and exploded, killing three. including the Corporal.
Another squad of parachutists close assaulted an LDV squad, killing several, but dying to a man in
the process. German morale, started to waver. 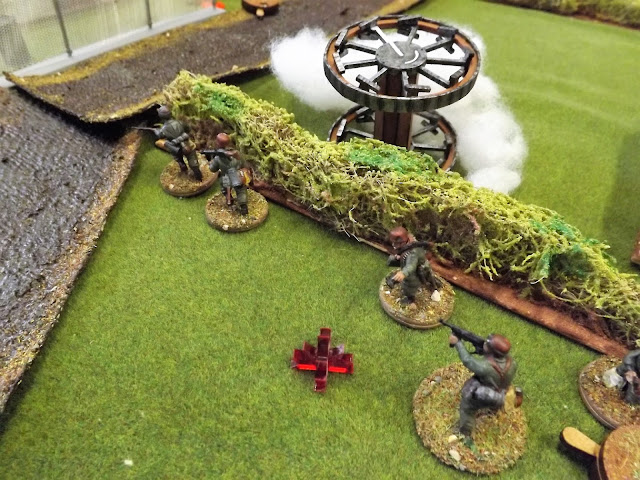 With the attack in the balance, LMG fire from the Kriegsmarine raked the front of the Beaverette, but
could make no impression.

With the second Panjandrum approaching, fire from the parachutists cut down three scientists, but the
last one stuck to his task. The Panjandrum rolled into the Fallschirmjager squad and blew up, with
devastating effect. 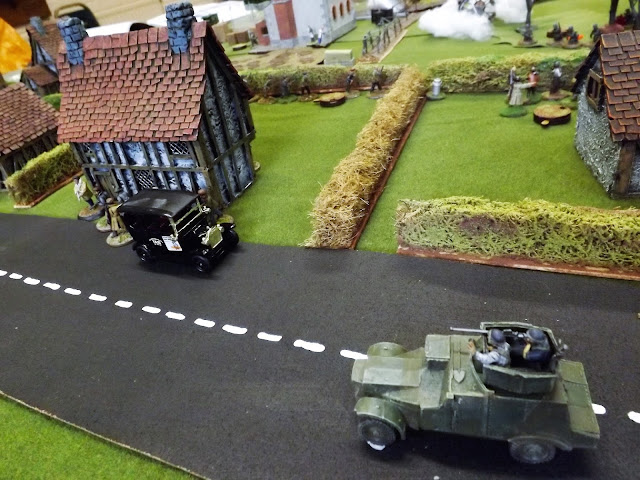 At this point the attackers could see the writing on the wall and rapidly made their way to the waiting
boats, several men being taken prisoner by jubilant LDV members in the process.

A most entertaining game, played to "Chain of Command" rules. 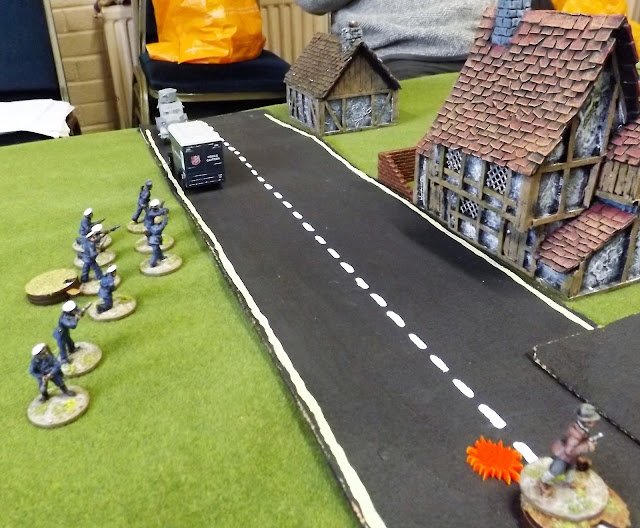 Many thanks to my fellow German, Andy "Rolling a One Here" Ja and to Nathan and Steve M, who
played the defenders.