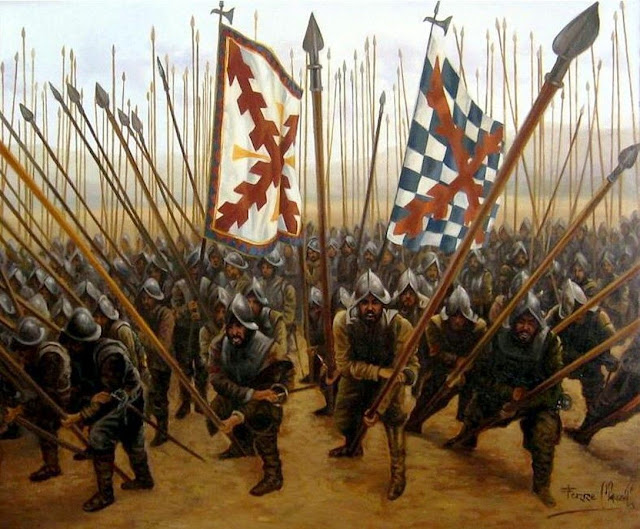 Chas & I took the Spanish, out to capture and re-dedicate a church the Dutch had defiled with their
heinous religion. A little visit from the "Inquisition" was on the cards. 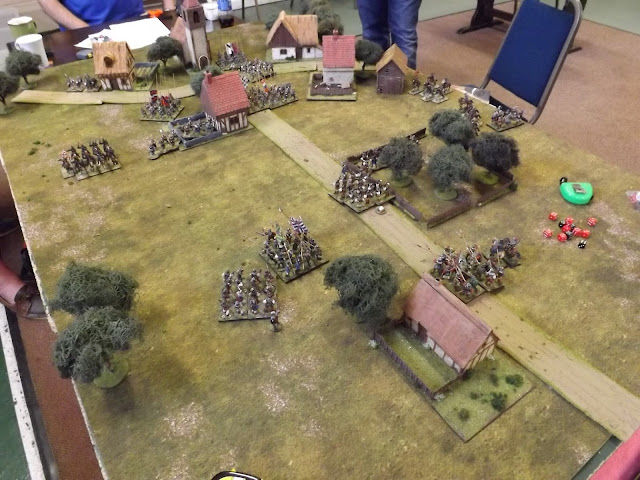 Standing against this foreign interference were the very protestant Dutch, in the person of Bob &
Ian.

The game opened with some long range musketry from both sides. The Spanish "loose shot" rushed
to take positions in an orchard on our right and settled down to give the good news to the
approaching Dutch pike block.

On our left our musketeers were caught by a very aggressive move by gendarmes and remembered
an important appointment elsewhere. The supporting pike block turned left and mullered the
gendarmes. Honours even. 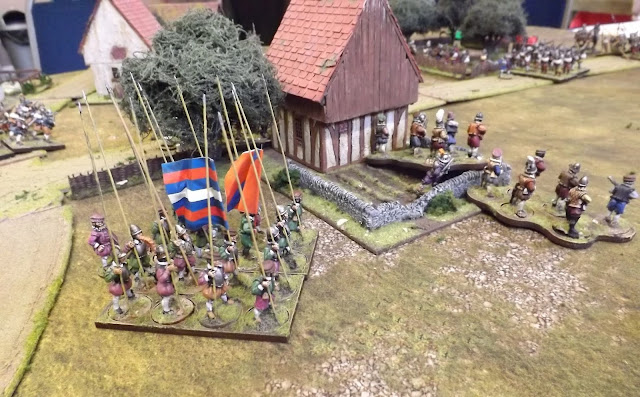 Meanwhile mounted arquebusiers and our loose shot were making life uncomfortable for a Dutch
pike unit and our left exchanged fire with the Dutch shot on our left. 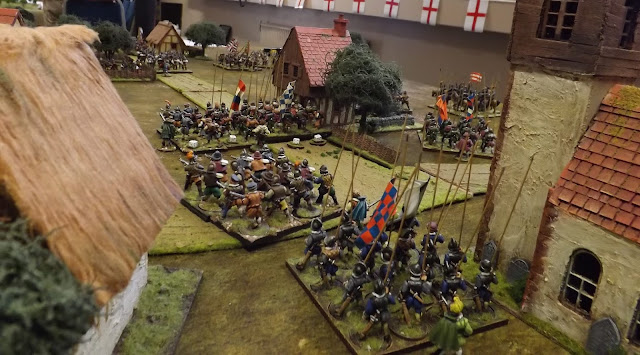 Fired up, our victorious pike moved up to charge the Dutch line. A face full of shot hurt and then the
hand to hand made things worse and back they came. As Chas cheerfully observed, "that went
well.".

By now the centre Dutch pike were shot to pieces and went home, whilst their other pike unit on
their left, was struggling through the streets of the town. 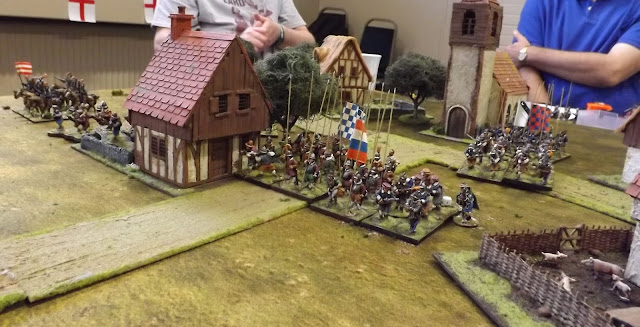 A fresh tercio moved up and engaged the Dutch halberds on our left. A short fight later and the
Dutch fell back. 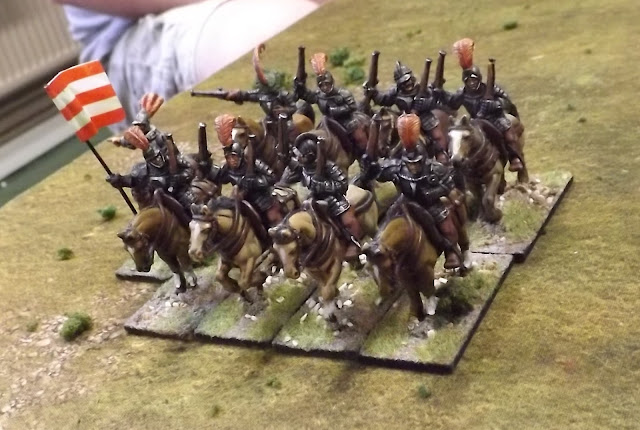 With skirmishers and swordsmen waiting for the Dutch pike to offer their flank and the Dutch right
in trouble, Ian and Bob conceded. 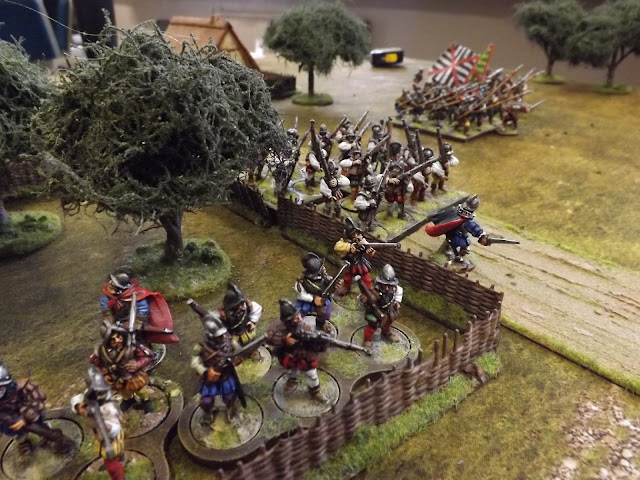 A good game, which could have gone either way. The rules worked well and were picked up quickly
by all the players.

Many thanks to Bob, Ian and Chas for playing to the spirit of the rules.