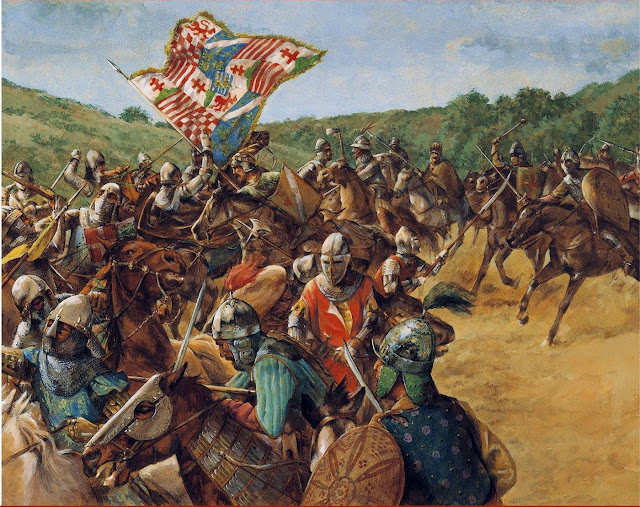 Today Chas took us to the Hungarian/French army's crusade under king Sigismund and the battle of
Nicopolis. To be fair half of the nations of Europe were represented on the day.


Historically the French knights arrived on the field ahead of the other forces, as they would not delay
to wait news from Sigismund's scouts. The French knights charged the Ottoman line, breaking deep
into the enemy forces, routing much of the infantry..Meeting fresh enemy, the French were enveloped
and cut down, as the Hungarians et al were too far away to be of assistance. The Ottomans pursued
into the Hungarians and their allies. A vicious struggle developed, with the arrival of a flanking force of Serbian knights in the service of the Sultan, breaking crusader resistance. Much of the army was
slaughtered in the rout. 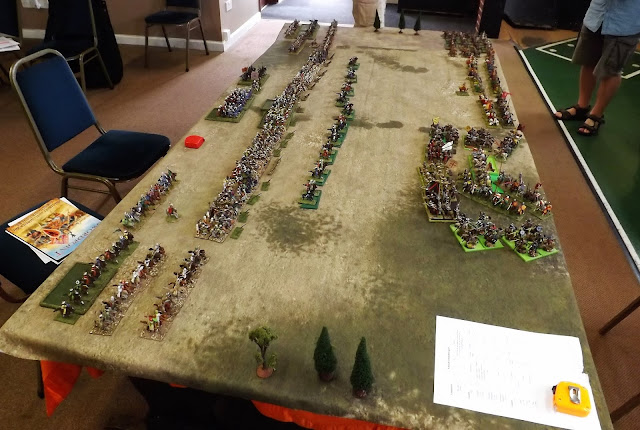 Chas & I took the forces of Christ (I led the French contingent). Whilst "Mr Steve" was the Turkish
Sultan Bayezid the "Thunderbolt". 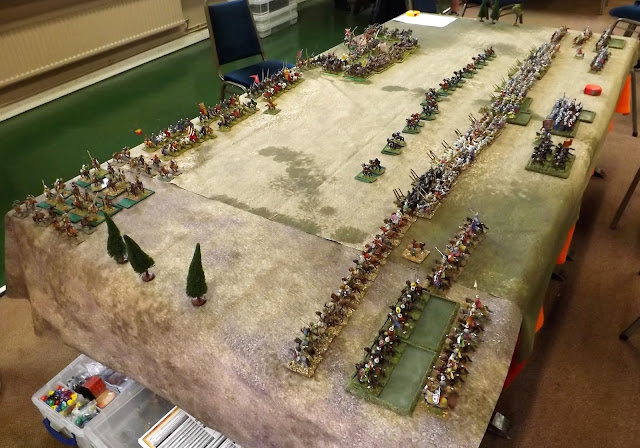 The field was open, with woods on either flank and as my French force arrived, the vast Ottoman
army was arrayed before it, with cavalry on either flank and a centre of massed bow and spear behind
stakes, screened by mounted horse archer skirmishers. In reserve stood Janissary spearmen and the
guard cavalry. 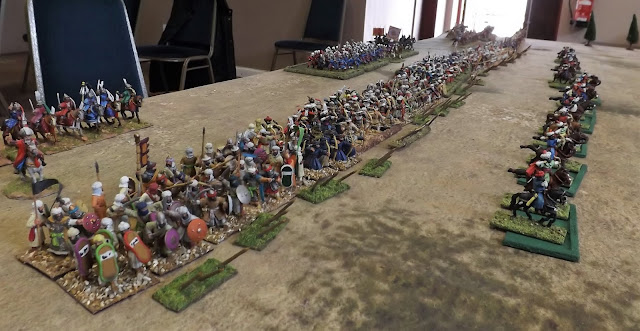 As my knights were eager for battle (impetuous), I deployed a screen of foot and horse crossbowmen
and spear armed infantry, with mounted Sergeants & crossbows on my left flank. 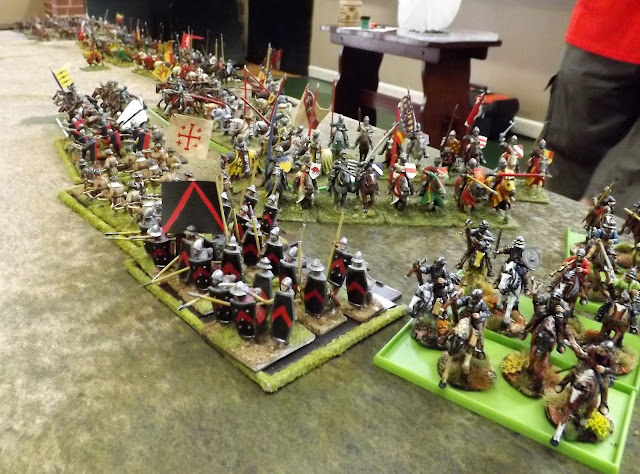 Chas's Hungarians were some way back and I was keen that he had time to deploy on my right, so a
shooting contest started with the Ottoman archers and skirmish horse. The Ottoman skirmish horse
started to suffer and moved to Chas's flank, whilst massed bow fire was gradually thinning my
crossbows (their armour being the saving grace). 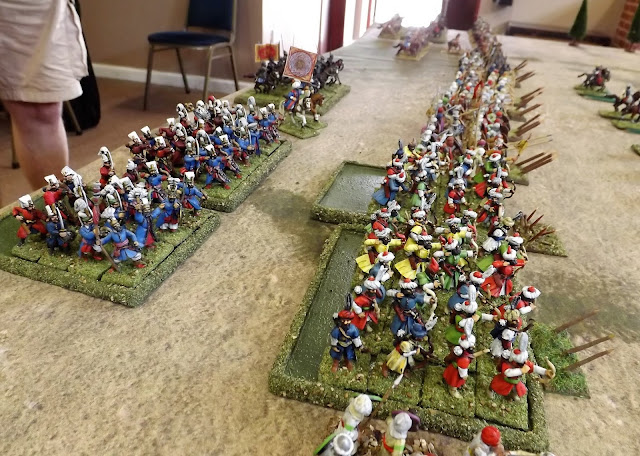 My mounted sergeants and mounted crossbows gave battle to some quality Turkish horse. Despite
my lance armed charge, very little happened and a prolonged struggle developed, blocking the
advance of my supporting knights. 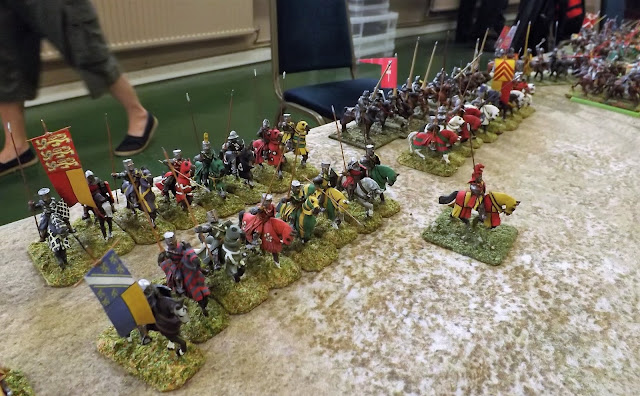 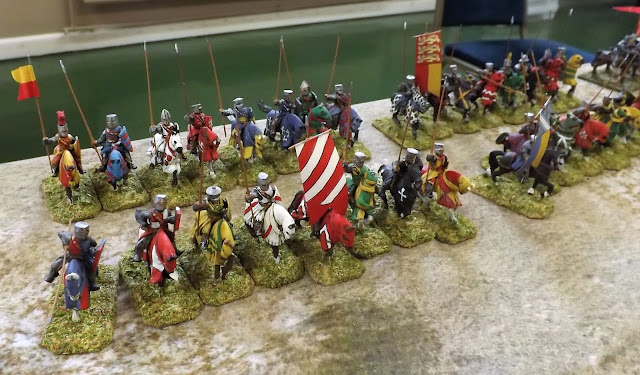 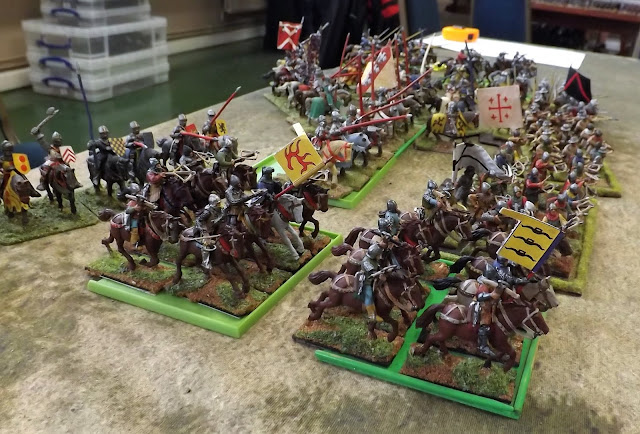 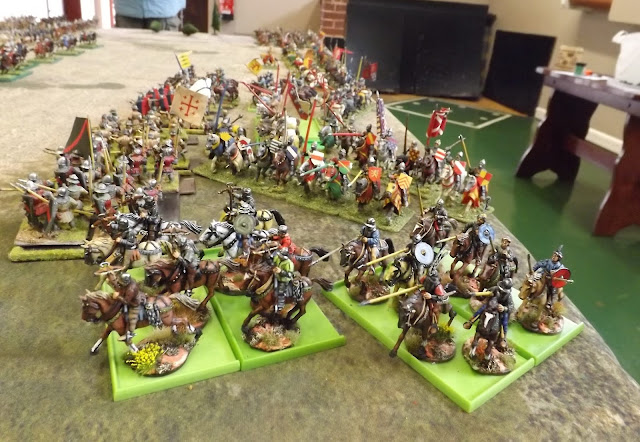 Sultan "Mr Steve", declined to leave the protection of his stakes and surrendered the initiative to the
crusaders. 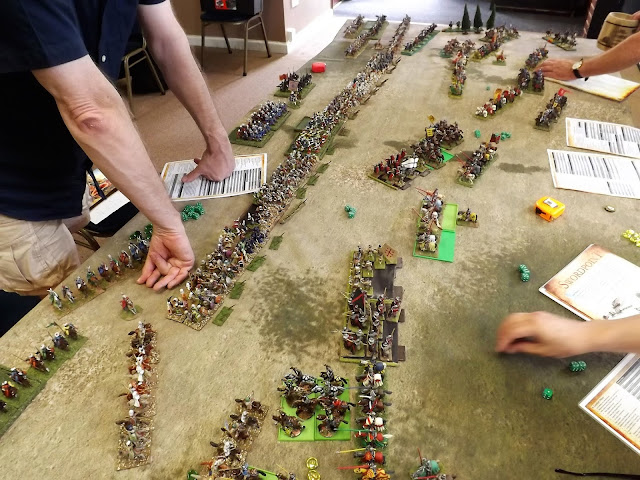 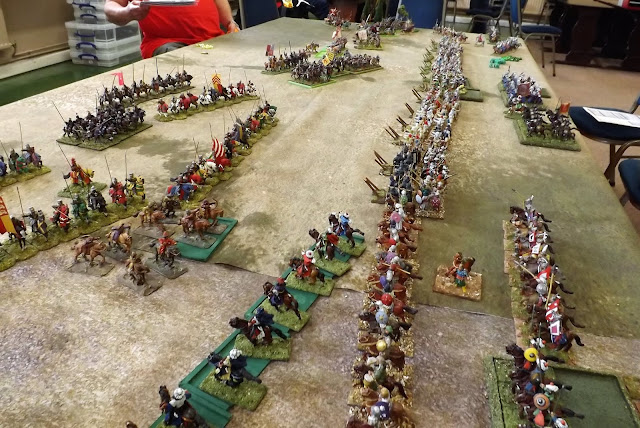 Seeing his chance, Chas released his knights and fell on the Ottoman foot.

On my left a flanking force of Serbian knights, in the service of the Sultan, appeared. Fortunately I had unit of French knights in hand and they charged the Serbs, forcing them back. 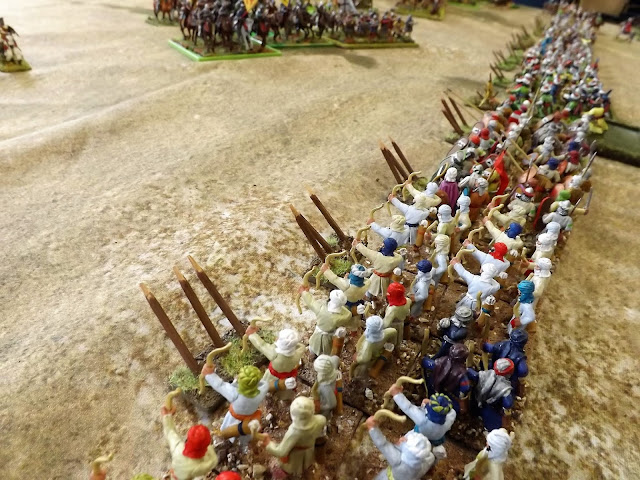 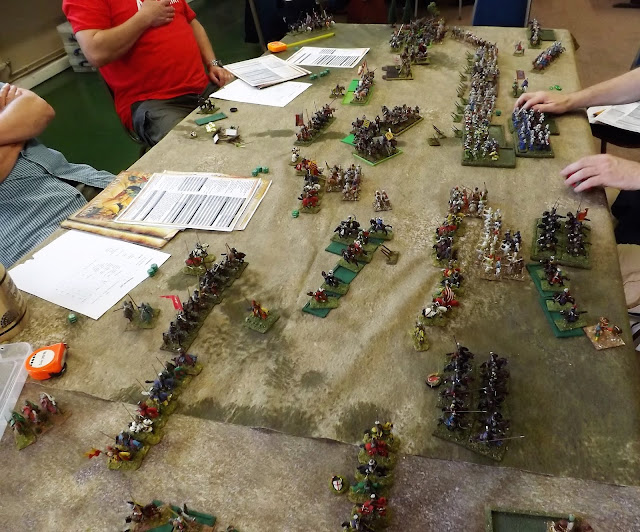 Chas's knights were hampered by the stakes and some fell, but quality & the Turk's lack of armour
began to go against the Ottoman infantry and they started to break along the right flank. 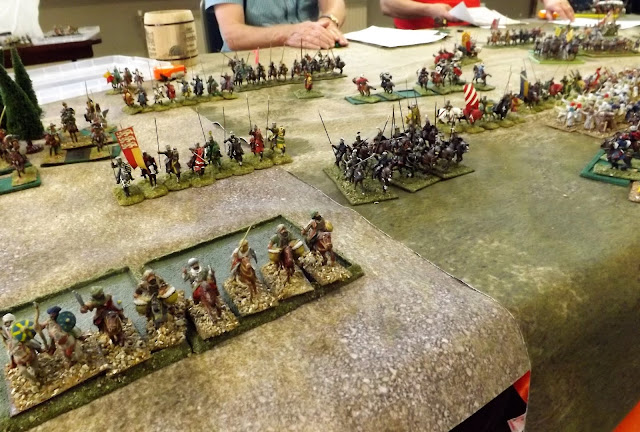 Seeing the writing on the wall, as knights pursued into fresh units, "Mr Steve" conceded. 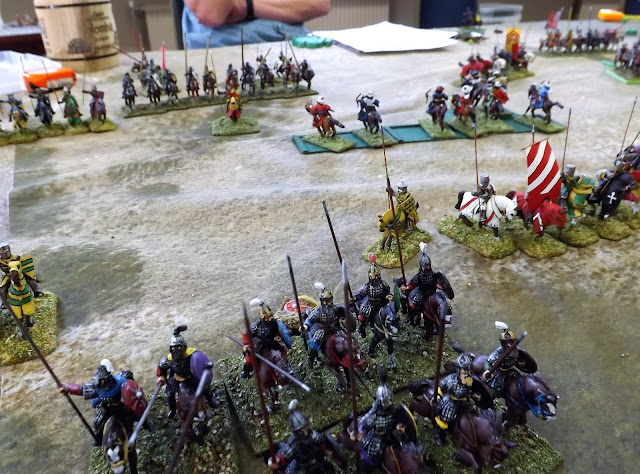 Personally I would have fought on, as there were still plenty of Turks untouched, but the eventual
result was likely to be the same. 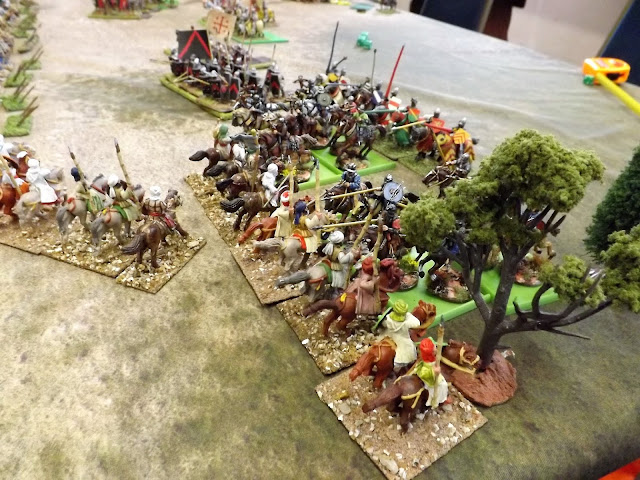 A magnificent looking game, with 2500 points a side. It is difficult to beat the sight of high medieval
armies on a table and the Ottomans provided a colourful contrast to the opposing knights. 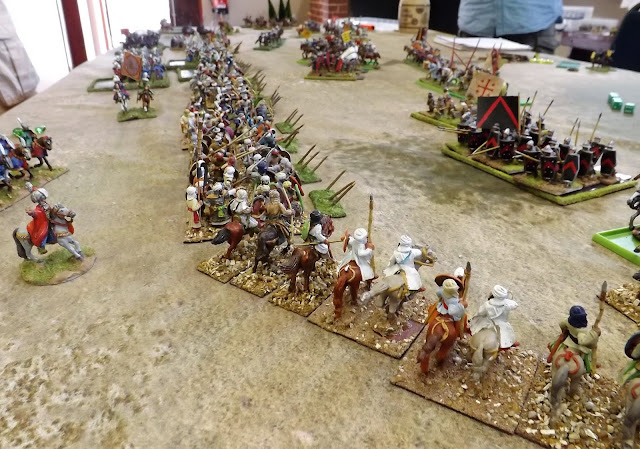 A fun scenario, played in good spirit and with an eye to learning the rules, rather than a straight fight.