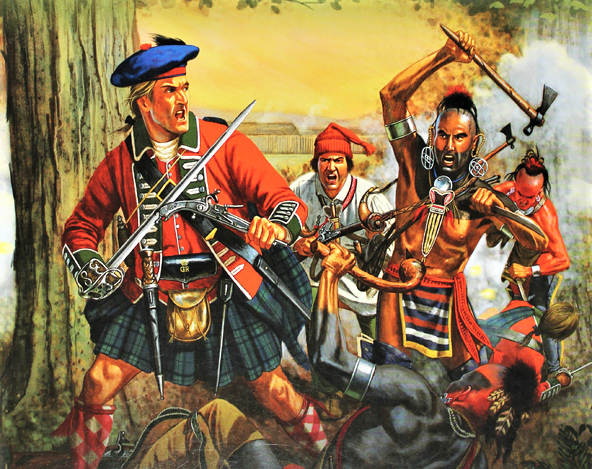 It is late July 1755 and four battalions of Troupes de terre which arrived at Quebec in June are being used to resist the expansion of British settlers into French held territory. The scene is a heavily wooded area surrounding an abandoned farmhouse/log cabin. Clearly these British settlers had been warned of the imminent arrival of the French and their Huron allies.
The French force arrives resolved to slaughter any British settlers and take the farmstead. However, the French quickly realise this is to be no easy victory. Not only have the settlers vanished, but the British have sent out a strong force to intercept the French and frustrate their ambitions.
The scene is set. Let battle commence: 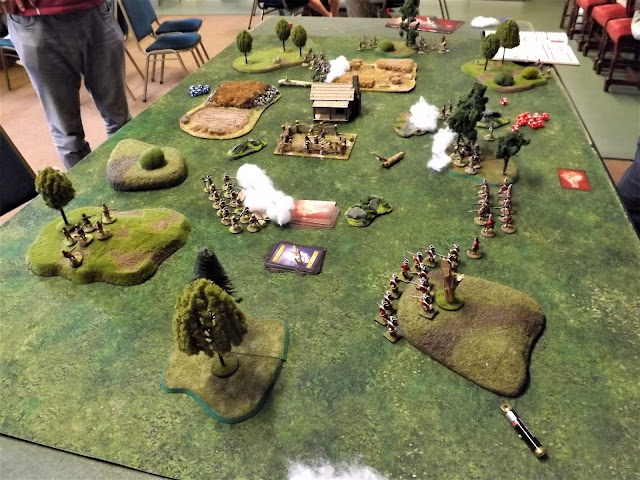 The French are the attackers and they send forward a unit of Coureurs De Bois (CBD) who advance onto the farm and take cover in a corral in front of the house in the centre. The British counter this threat with two units of Rangers supported by an elite unit of Grenadiers on their left flank. Meanwhile there is movement on the French left flank as two units of Huron warriors move into the woods and a unit of Compagnie Franche de la Marine (French Marines) moves up to support the CDB in the corral.

Now things are starting to hot up in the centre and there are exchanges of fire between the British rangers and the CDB in the corral. There are some losses on both sides, but morale holds and there is an impasse. That is until the British Grenadiers turn their fire on the corral forcing the CDB to recoil leaving only a determined (or foolish) officer behind. 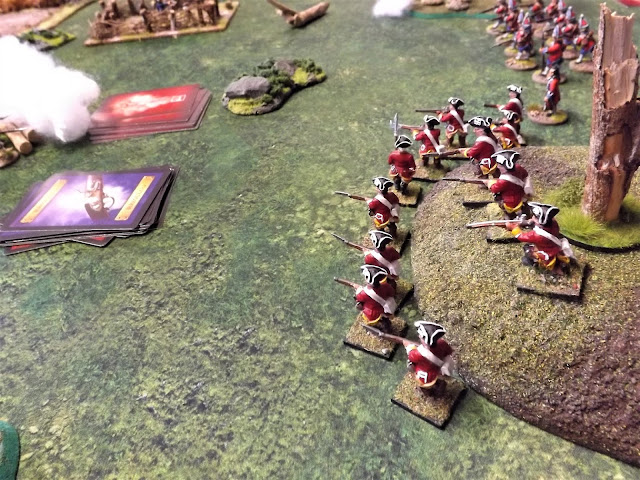 Unhappy with this turn of events, a unit of elite French regulars appear opposite the British Grenadiers together with another unit of CDB who take cover on a lightly wooded hill. A fire fight ensues and the rangers having driven off the CDB from the corral are able to support the Grenadiers. There are small losses on both sides, but it is clear that at long range (and presumably some damp powder judging by some dice rolls) shooting is not that effective. 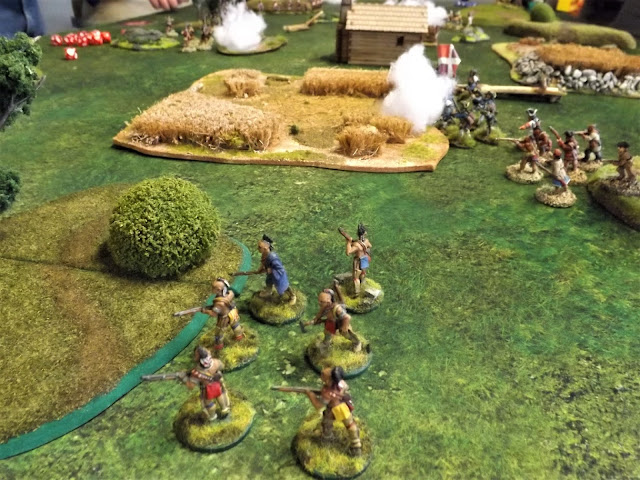 Back on the British left flank, a unit of British regulars arrive and fire on the CDB on the hill killing one and causing them to recoil. The French Marines position themselves behind the corral and they and the British Grenadiers form up and exchange volley fire. There are losses on both sides, but morale holds and the business of rapidly reloading starts.

On the French left flank the Huron advance through the woods towards the Mohawk. The fleeing Mohawk unit has rallied and returns to the fray. This time rather than charge, the Huron fire on the Mohawk. After several exchanges the Mohawk flee and the British right flank is exposed. The Huron run from the trees towards the British Rangers and Grenadiers in the centre. 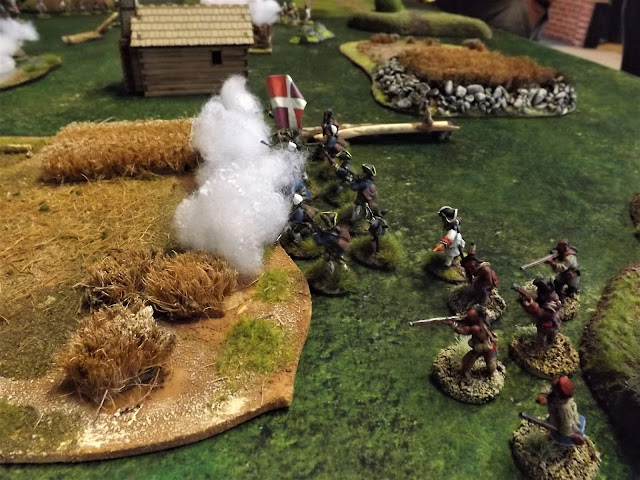 Although the long range shooting exchanges have not been that effective, they have definitely taken their toll and although morale has remained firm on both sides, all units are looking depleted with some down to near half strength on both sides.

As the Huron charge towards the British, their confidence boosted from their victory over the Mohawk, they do something that it is not usually in their nature to do; they run across open ground towards a unit of enemy who have loaded muskets. The British Rangers fire on the Huron and, to cut a long story short, the British right flank is secured. 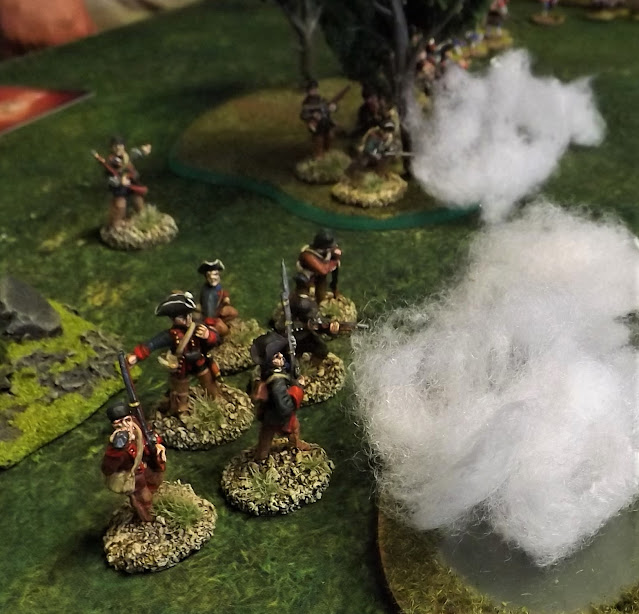 The intense fire fight continues in the centre with both forces now down to half their original strength. Shots from the British cause casualties on the French regulars and this is the straw that breaks the camel’s back. The French have now lost the stomach to continue and quickly withdraw; leaving the field (and the farmstead) in the hands of the British.