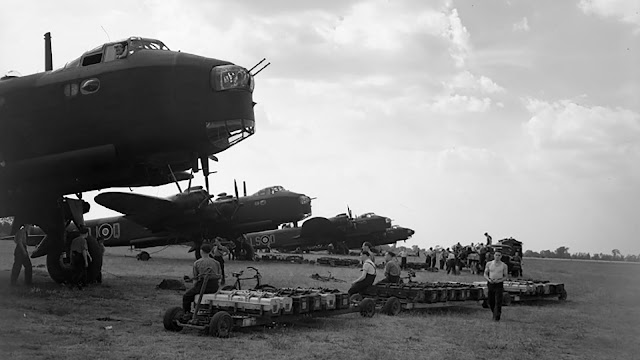 The final Op to Dusseldorf flown on 3rd-4th November 1943 was the last game of eight to be played in our Target for Tonight, Battle of Berlin Campaign and what a game it proved to be to end on, with Bomber Command desperate to make up for the consequences of misplaced Target Indicators on the previous Op, that snatched defeat from the jaws of victory and left the campaign teetering on a German minor victory. 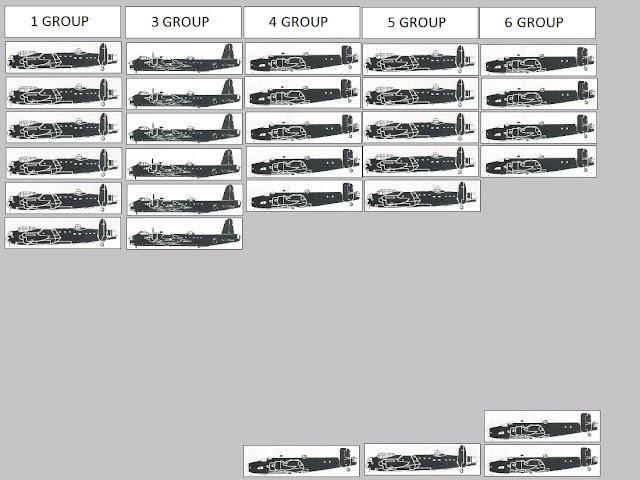 The Mainforce turnout for this next Op to the Rhur city of Dusseldorf saw maintenance crews pulling out all the stops to produce the number of aircraft seen above for the five groups and with only four crews not rated as veteran or better and with two crews rated as second tour elites.

Thus with good weather over the target, a short flight to the Rhur Valley, well within Oboe range for precise navigation and a very heavy bomb load, things all looked set for an opportunity to pull the campaign back in favour of the RAF, but would the Nachtjagd have something to say about that? 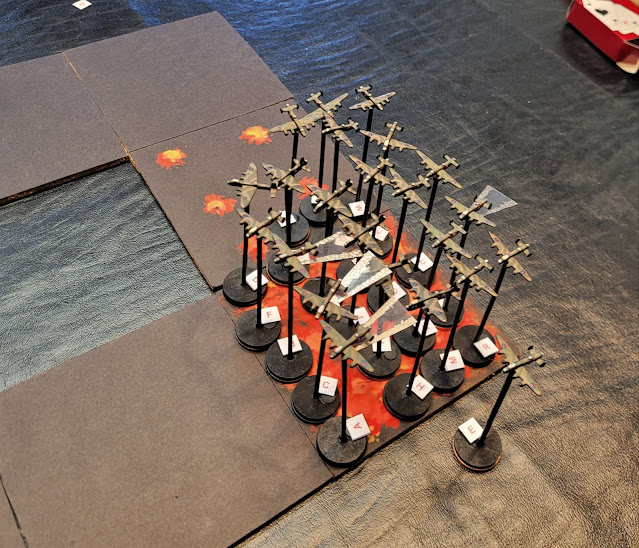 As with the previous games you can find out how this one ended with a full report on our game on JJ's Wargames together with links to the previous seven games leading up to it.
Many thanks Bob, Steve and Ian for helping to finish things off on a high and for your enthusiastic playing, help and input into what has been a very fun time and to give an idea on how our games have progressed over the campaign you can see a short clip below of this one with the guys getting the bomber stream moved, with Bob trying his best to crash R-Roger and Steve explaining the delights of dodging nightfighters on the bomb-run!
To read on just follow the link below.
JJ's Wargames, Target for Tonight - Op Eight, Dusseldorf