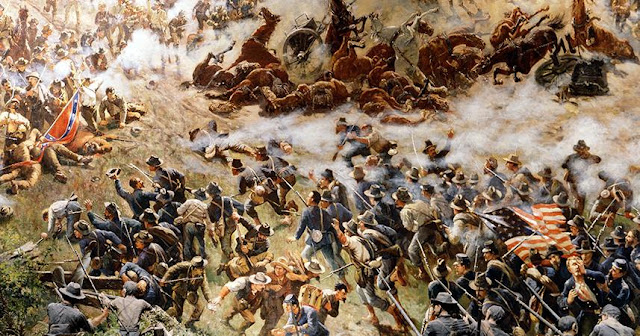 This club game was based on the Confederate attack on the Union force undertaking the siege of Atlanta. The rules used were Fire and Fury Brigade (ed2), and the figures were 28mm. 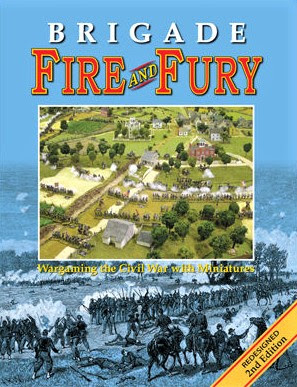 The Confederate plan was to turn the flank of the Union force at Bald Hill, which was a crest commanding the eastern approach to the city. Hardee's Corps undertook a night time march and came out of the woods to the south of the Union Force.
This is where the game started. The game was fought on an 8' x 4' table, a line of hills along the north edge, Bald Hill situated on the western end and the south side was mainly woods. 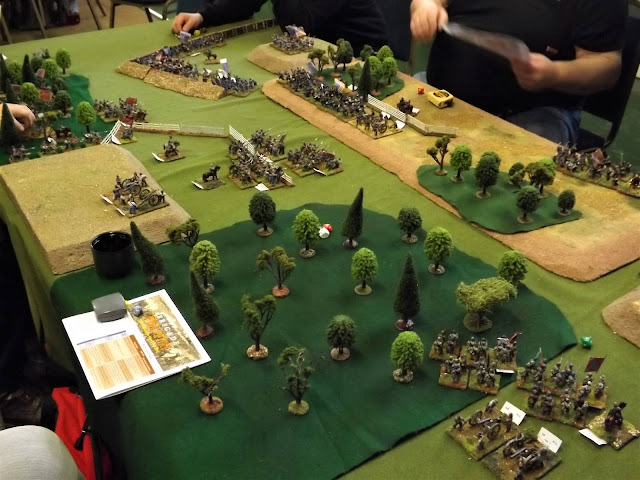 The Union force started with G.A Smith's division behind fortifications (facing east and slightly refused at the end) in front of Bald Hill.
Two other divisions, Fuller and Sweeney, were held off table and represented Union forces coming down from the north in support.

The Confederates come steaming on in march columns with artillery at the rear (historically the artillery got held up in the woods). They were safe as most of the Union artillery faced west or covered the woods. They came on in the same formation as the historical battle,  Manley on the left, then Cleburne, Walker and Bate. 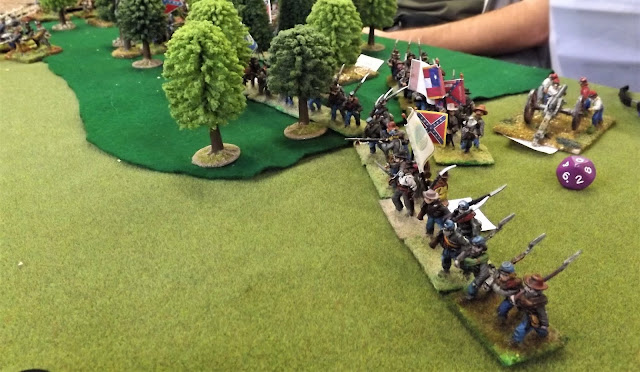 The Union response was to re deploy Smith's division to face off the Confederates. In classic F&F, the guns were attached to brigades. Manley and Cleburne formed up and demonstrated at the edge of the wood, while two brigades swung around the fortification to attack the now depleted defences.
In the centre Sweeney started to set up a battle line and Walker went straight for him with artillery giving supporting fire from a hill. 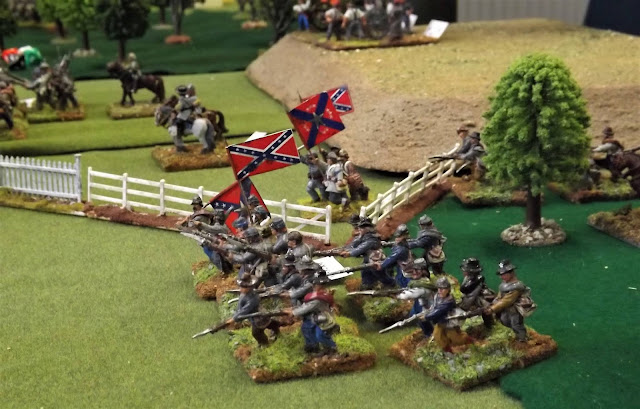 On the right Fuller and Bate also went for each other but Fuller did give support to Sweeney.
The battle was now fought as two separate engagements. On the left, although the Confederates took some casualties, they pinned down Smith's force, at the same time however two brigades swept over the fortifications and rolled up the line. There was a general retreat up to Bald Hill. On the right both sides were attacking and counter attacking in a close range tactical game. 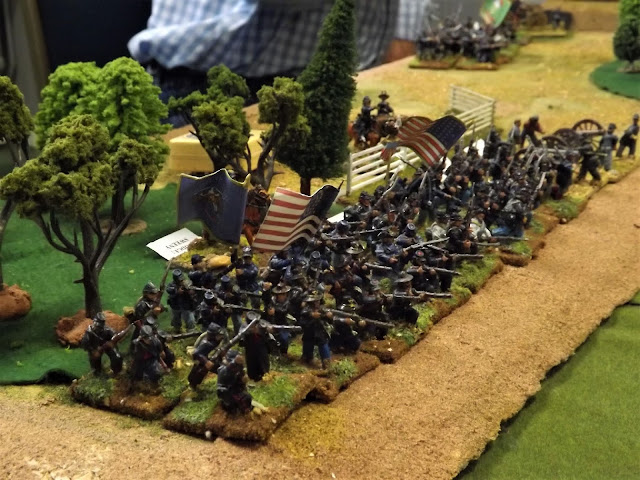 It was however on Bald Hill where the game hung in the balance, Smith, who up to then had been cursed by the dice god came good. He rallied all of his units, silence fell over the Confederates. Their units were now in a bad way and there was no way they could pull off another attack.
The Union Line had held, much like in the real battle. 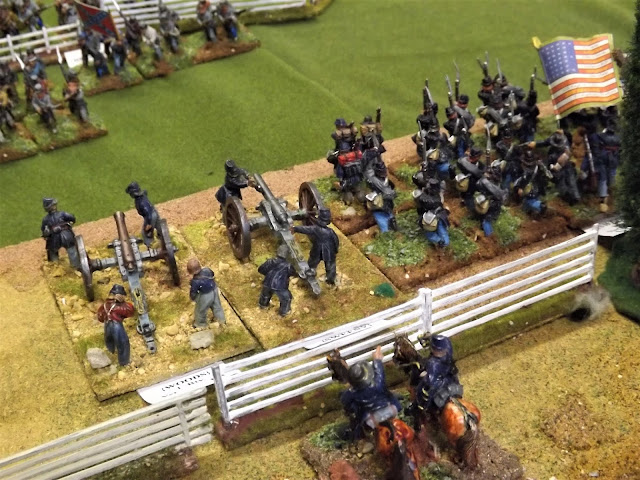 The rules played well, some players had played the rules before and helped those not familiar to pick them up. After a few turns the game flowed well as the rules are easy to learn. In addition they have a good historical feel and give a good ACW game. 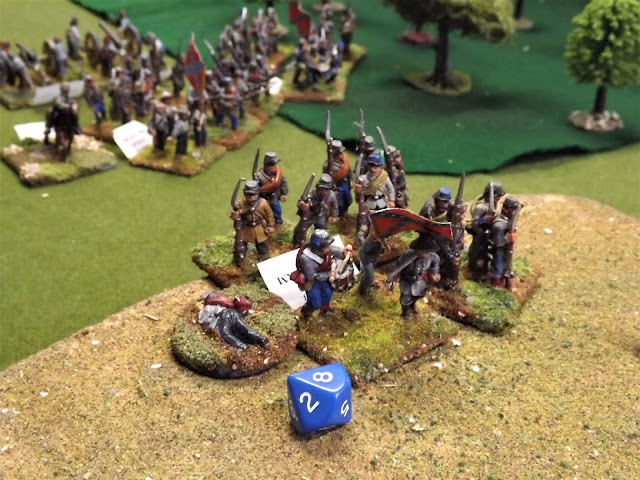 Many thanks to those who played the game and made my umpiring an easy job. Paul (Smith), Nathan (Sweeney) Si (Fuller), Laurence (Bate), Bob (Walker), Tim (Celburne) and Steve M (Manley).

Due to a lack of information, I used the Army Generator found at the rear of the rules. With a bit of tweaking of course. Units size was reduced by half to fit the figures available as this meant the unit frontages were half, I decided to play the game using the 15mm scale play sheet. This worked well, however units, especially the Confederates, were more brittle.
Figures used were 28mm mostly Redoubt and Renegade also Celburne brigade was provided by Stephen H, many thanks.
Editors Note: The next meeting of the DWG is our annual Gus Murchie Memorial Game when the whole club comes together to play one 'big game' to end our year on and celebrate the seasonal festivities in proper form, and this year we're off to WWII Normandy!
Posted by carojon at 14:06