The year of 2012 was rounded off with an annual get together in North Devon at Chas's. Our New Year's Eve games tend to be light hearted affairs and this years scenario was one of the best.

It was just another day in Nottingham, but King John and the Sheriff had laid on a feast of entertainment for the good people of the city. Not only would they get to see the Sheriff take the Lady Marion as his wife, to be married by the Bishop of Nottingham, but also as a little starter to the days celebrations, they would get to see Robin Hood executed by losing his head on the block. What fun, what joy!!﻿﻿
﻿
The Bishop had to make his way to Nottingham through the forest road to Trent Bridge, just by the cricket ground, a new game invented by the peasants. Now that Robin Hood was in custody no trouble was expected, and the Bishop even travelled on foot to be able to swap pleasantry's with the locals he met on the journey.﻿﻿

The town was tense with expectation, surely Robin Hood would be able to stop this, surely something had to happen, but what?

As the King and the Sheriff awaited Robin Hood's arrival in the square, the city guard became aware of large groups of peasants moving in the nearby forest. Were the natives restless? Was there a plan to rescue the outlaw? surely not!

Then it started. The crowd that had gathered in the city square suddenly turned ugly. Robin's men had infiltrated the towns folk and were now attacking the guard. Someone threw a sword to Robin and the fight was on.
Robin Hood's men were desperately fighting to hold of the Sheriffs crossbows and spear men as they tried to fall back to the south tower. Equally the Sheriff was desperate to make sure that Hood would be recaptured, nothing would be allowed to spoil his day.

Meanwhile the Bishops guard was assaulted by a hail of archery delivered from the forest edge that decimated a unit of his crossbowmen. The remaining guard closed up on the Bishop's coach as Little John led a charge from the forest by the Merry Men.

At the same time Will Scarlet and Friar Tuck led a coup de main party to take and hold the south tower curtain wall and thus enable Robins small band to get away from the city. The plan seemed to be working like clockwork, or was it?

All of a sudden things started to go wrong. The Bishops men gave as good as they got and as soon as the Merry Men closed in hand to hand the armour and swords of the Bishop's guard started to take effect. The guard was badly mauled, but the Bishop was on his way into town. He would have made a useful hostage for any future bargaining.

As the Bishop came careering in through the city gate, his carriage looking like a porcupine on wheels with all the arrow shafts sticking out of it. The Sheriff and King John's men started to win the battle in the town and on the wall.

Friar Tuck was struck and seen to fall from the battlements landing in a heap of straw and dung, that was fortunately well placed!!.

Robin's men were either captured or cut down as the fugitives fell back to the south tower and made their escape through the Trent to the safety of the forest beyond.

And what of our hero, well he was last seen diving out of the way of the Bishops coach that got between him and the pursuing Sheriff's men. When they finally clambered over a rather shaken and distraught Bishop the outlaw was nowhere to be seen. Like wise the lady Marion deciding discretion being the better part of valour quietly armed herself and slipped past the guard at the gate to make her way into the forest.

The King and the Sheriff had won the battle, but, perhaps, not the war!

Thanks to Chas for setting up a great days entertainment, and to Ian, Clive, Nick, Steve and Vince for getting into character. 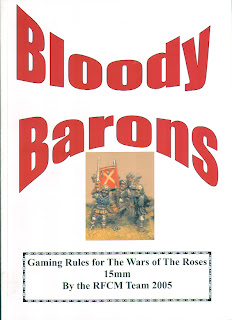 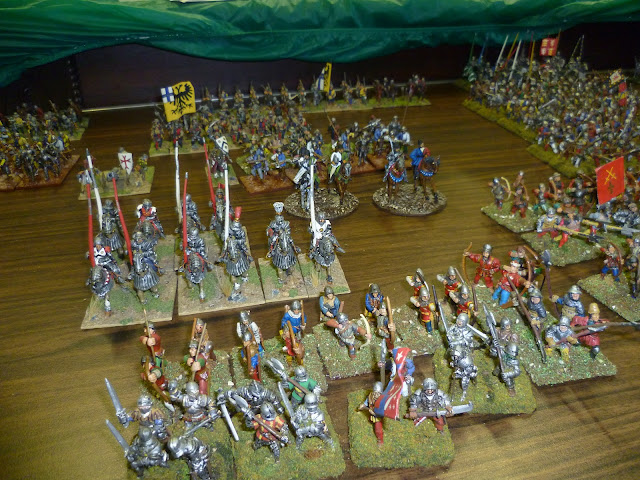 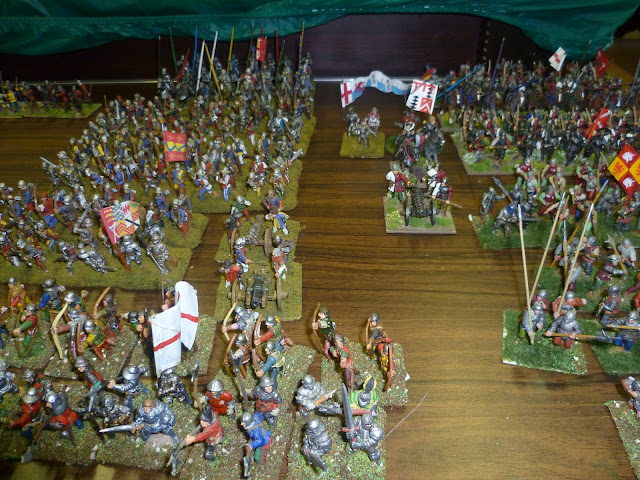 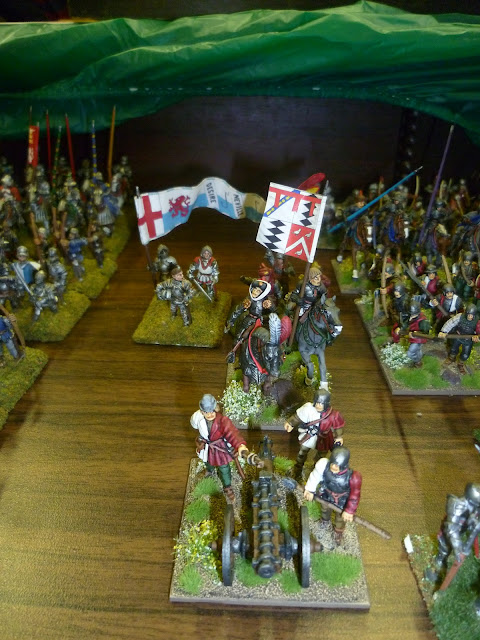 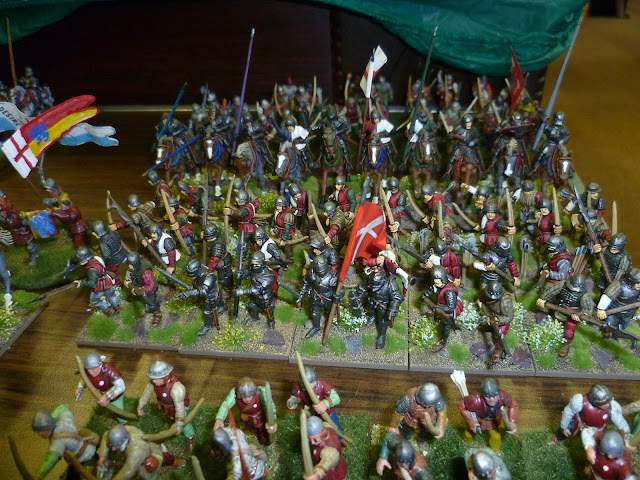 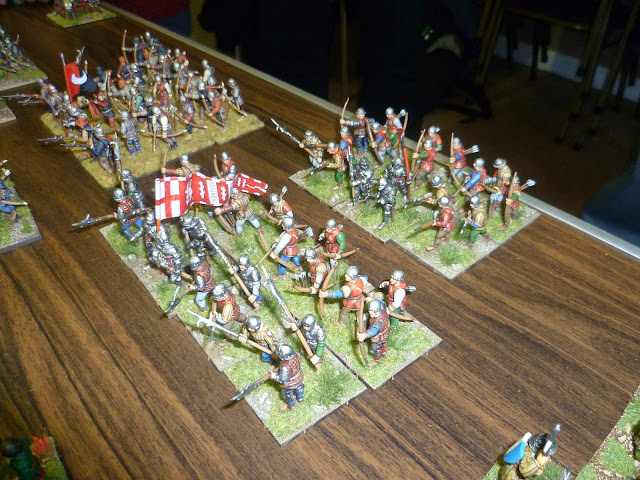