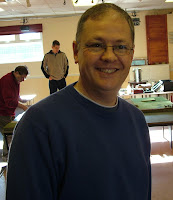 Jon, club "Presidente" and owner of way too many figures! 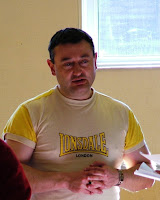 Vince, owner of many an army and master of none! 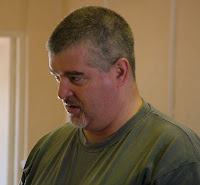 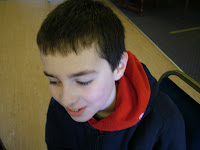 Will, son of Jon and demon dice roller. Way too many 6's to be natural! 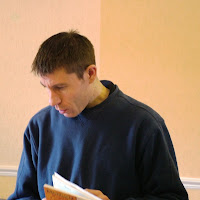 Andy, who comes down from way up north, beyond Bristol even. 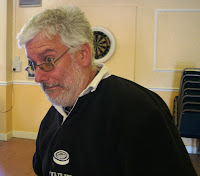 Steve, who isn't as old as his hair looks. 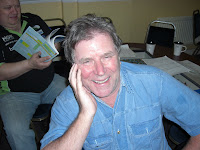 Chucklin' Chas, who precribes to the theory that quantity is better than quality. 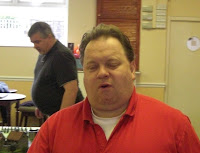 Nathan, who thinks he's Napoleon but isn't that tall. 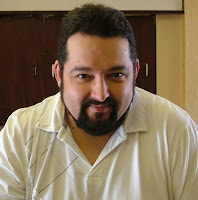 Jason, yours truly, who can lose with any army.
Posted by jcralls at 15:37 No comments:

Some pictures from previous games we have played 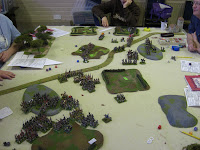 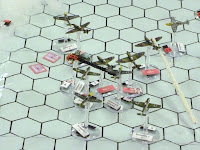 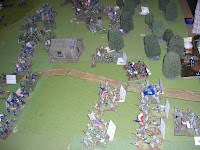 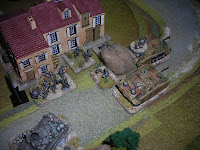 New's from the front. 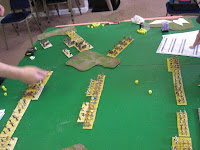 The Hittite king surveyed his forces with concern. He had just received word that the vassal Chasadder and his army would not be turning up today. Surely some treachery. A quick message to Rameses Andy Lama Lama Ding Dong resulted in a compromise being reached regarding a redistribution of forces. This left the Hittites fielding a unit of sycophants and half naked girls , but needs must. The long awaited battle was back on.

Immediately the Hittite chariots on the left surged forward to engage
their opposite numbers. Well, all bar one squadron that went disordered and stayed that way until the last moments of the battle. In the swirling melee the forces became intermixed.

Meanwhile one unit of Sherden were engaged by the girls et al and
soundly beaten. The sight of their comrades being pursued by dancing
girls, fan bearers, serving boys etc must have inspired the other unit of Sherden as they went through every Hittite unit they met like the proverbial hot knife.

On the other flank the Hittite infantry saw off the skirmishers in the broken ground, but were routed by the regular archers.

Despite a valiant and protracted battle, Ramese's chariots squadron was routed and the Pharaoh proceeded to direct his forces from a secure hiding place well in the rear.

Having exhausted and finished off every unit they had met, the girls finally succumbed to an assault by the Royal guard led by Steve. Well
there is only so much even a professional "entertainer" can take. The
Hittite leader wisely found a safe bolt hole in a wadi and stayed there. 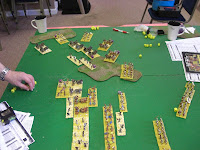 With the Hittite chariots victorious but scattered and most of the rest of his army having remembered they had "left the gas on", Muwattalish decided the nearest fortified town looked a good option and retired from the field.

All in all a good bash which we all enjoyed. The rules played well and gave a free flowing and realistic fight.

Anyone who thinks chariots are easy to handle should give them a try !
Posted by jcralls at 14:56 No comments: 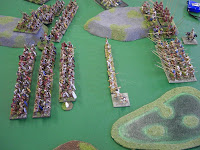 We play with toy soldiers! At least, that's what my wife says.

We wargame, once a month, every month. There are a core of about 10 players who turn up 90% of the time, plus several others who grace us with their presence when work/family/rugby will allow.

There are no main periods that we do, between us most things are covered. In November we played 15mm American Rebellion (or Revolution) and 15mm WW2. Next month has a large 15mm Napoleonic game planned. We also game in scales from 1/3000th to 25mm, periods from Ancients to 1980's, on land, sea, in the air and in space!

The picture above is from a large 25mm Ancients game we played in September, involving 6 players and lots of figures.
Posted by jcralls at 14:44 No comments:

Hi and welcome to the Devon Wargames Group's blog, which is replacing the previous website due to technical issues.

More will appear soon, this is just a tester.
Posted by jcralls at 14:37 No comments: