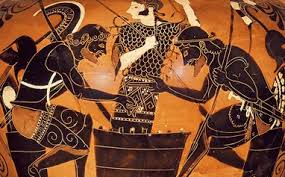 For our first meeting since lockdown began, Chas took us back to a socially distanced Troy, circa 1250 BC. The scenario was set during the siege of Troy, with the battle outside the walls of the city, between the Achaens and the Trojans. This was a Homeric tale, rich in the heroes of the Iliad.
The encounter was fought in 28mm to Dux Britanniarum rules, using the "Sacker of Cities" supplement for the Trojan era, found in the Too Fat Lardies Summer Special 2017.
Figures used were from Redoubt and Black Tree Designs.
We had two commanders on each side, led by their respective heroes. Chas took Paris and half the Trojan army and I had Hector and the other half. The Greeks were led by Achilles and his Myrmidons, whilst Ajax and his contingent, headed up the rest of the force.
The scenario was that a trophy of importance to the Gods had been lost at a ruined temple between Troy and the beach. Both sides set out to claim it.
Before leaving to fight, both forces' heroes made proud boasts about what they would achieve that day. These boasts became part of the objectives of the game. Together with achievements
or disgraces in battle and retrieving the trophy, these affected the level of "kudos" gained by each hero.
Siege of Troy - Dux Britanniarum & Too Fat Lardies "Sacker of Cities" 2017 Summer Special Achilles swore he would kill more heroes than any man that day. Ajax that he would kill more men than any other hero. Paris that he would kill a hero with an arrow and Hector that he would slay Achilles.
With the stage set, Paris took the Trojan left and Hector the right. Achilles faced off against Hector and Ajax was opposite Paris.
Things started with some long range bow fire, to little effect. On the Trojan left, Paris sent some skirmishers and spearmen to contest the temple site, whilst exchanging bow fire with Ajax's forces.
On the Trojan right, Hector sent his bodyguard unit forward supported by spear armed units, whilst his skirmishers moved into rough terrain.
Across the battlefield, both sides accumulated shock from missile fire, but the spear armed troops ground on and locked in combat.
The Trojan spear units were getting the worst of it, with several units falling back and a couple running off, but shock tokens were building up on the Greek units too.
Sighting Achilles in his chariot, Hector decided to try and break through the line and challenge him. Several battered Greek units broke under his attack and the way was clear to Achilles.
Meanwhile, Ajax was setting about the Trojan left and several units broke. Ajax's pile of kudos tokens grew accordingly. However, the situation in the temple area was more finely balanced.
Hector and Achilles charged into combat with each other and a desperate struggle developed. Both sides made the most of favours from the Gods and their heroic abilities.
Paris attempted to get some glory, firing his bow at Achilles, but he could not find his one vulnerable spot.
Paris stabilised things somewhat on the left, but he was still under intense pressure from Ajax.
On the Trojan right, Achilles and Hector fought on in an epic battle, with Achilles eventually succumbing, adding to Hector's stack of kudos tokens.
Both sides retreated to their camps to lick their wounds. This was going to be a long and bloody siege.
The scribes on both sides wrote of their heroes' great deeds and severe losses. Another chapter was added to the Iliad.
A good game, well run by Chas, to an interesting variant of the Dux Britanniarum rules. I particularly liked the way the game emphasised the heroes and the fickle whims of the Gods, all through a card based mechanism.
Many thanks to Chas for running the game, as a practice for one of our offerings at "Clotted Lard 2021". The rules were easy to pick up, especially if you had ever played a Lardy game before.
Vince
Posted by carojon at 08:39 2 comments: 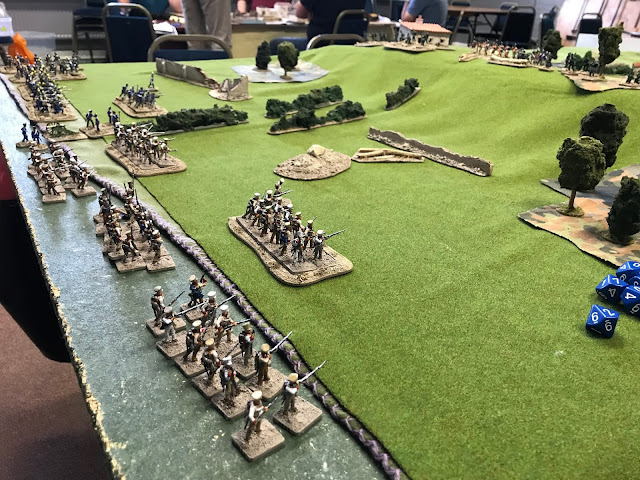 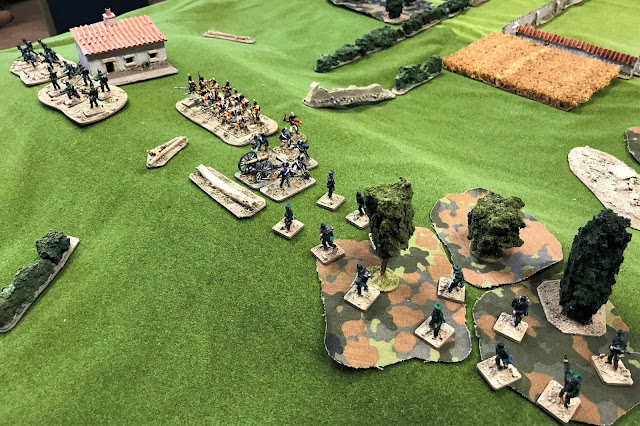 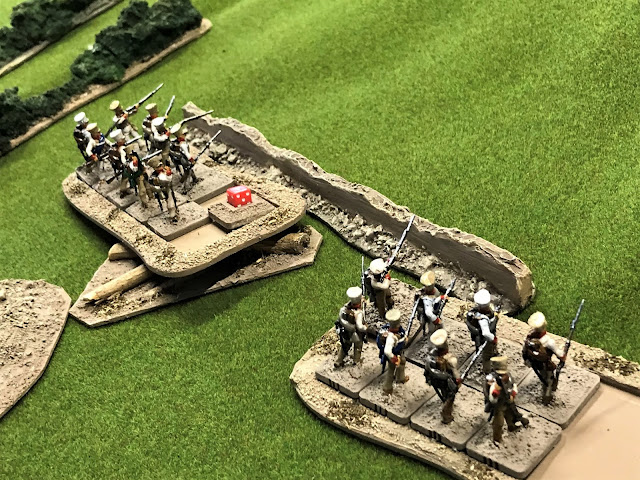 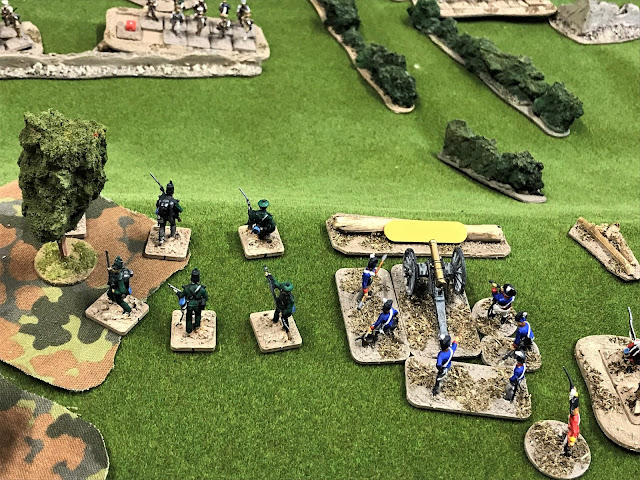 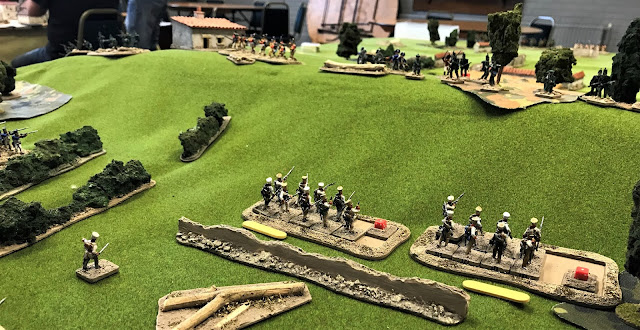 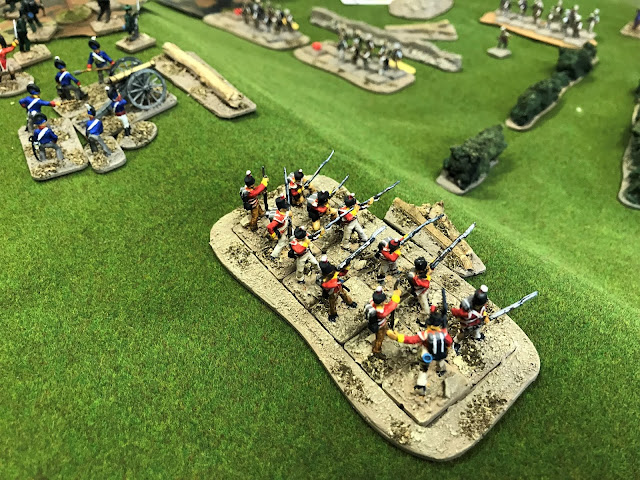 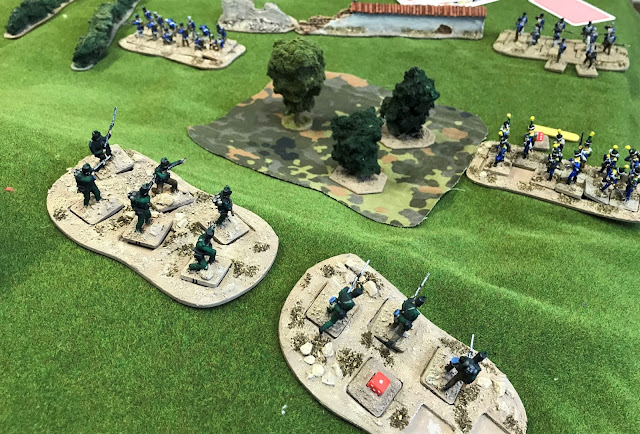 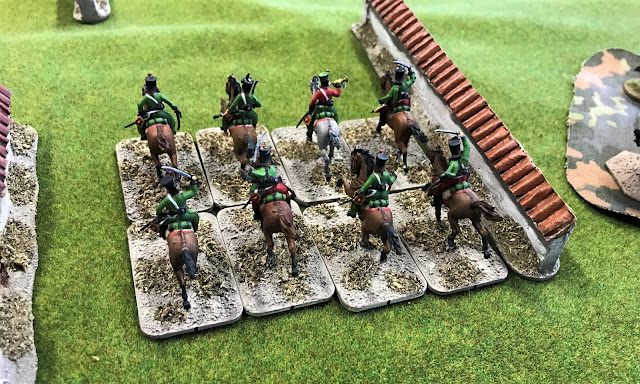 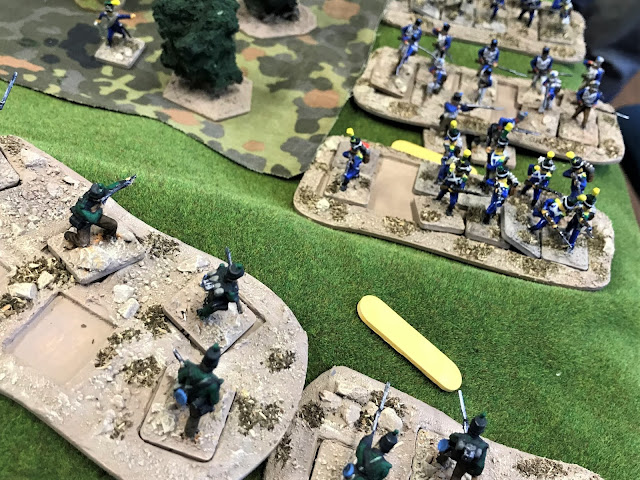 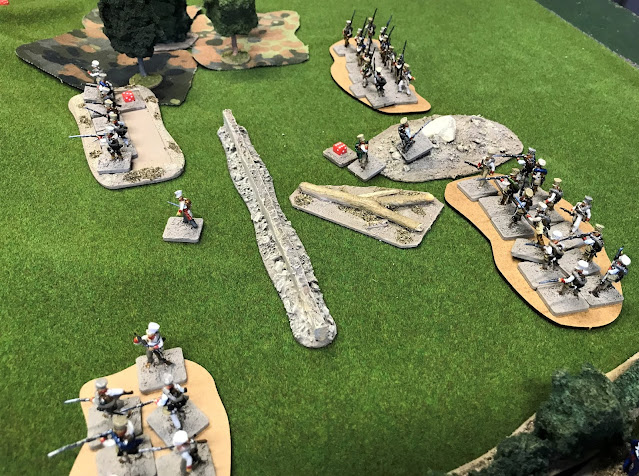 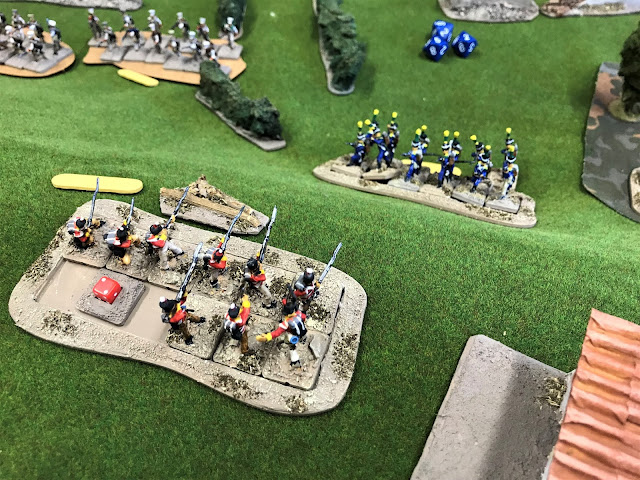 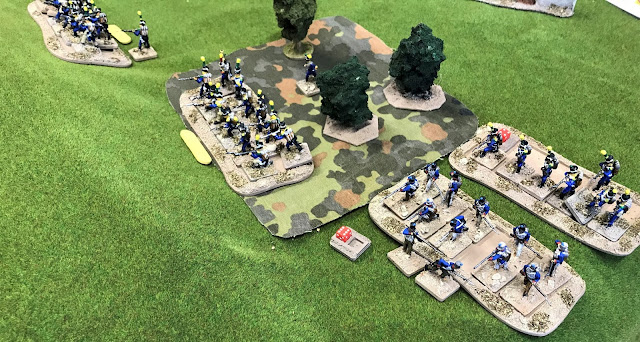 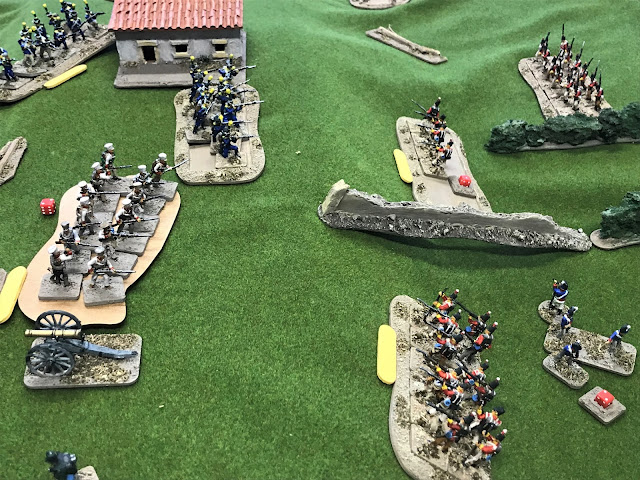 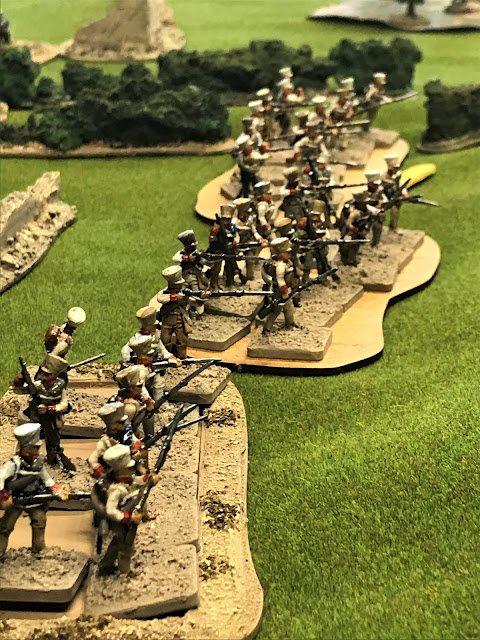