Steve and I played the "Witches Cauldron" mission on Thursday night with the game based on a 7th Armoured Division Jock Column commanded by Brigadier Jock Campbell VC, occupying ground on the Sidi Rezegh airfield and bracing itself for the inevitable counter attack by the Panzers of 21st Panzer Division.
The Witches Cauldron has the defenders placed in the centre of their half of the table with two objective markers placed by the attackers. Once the defender has deployed the attacker dices to randomly deploy his initial forces to come on the table from the opposite edge or from either flank, with a 5 or 6 allowing a choice. The attacker can deploy up to half their forces with the rest coming on as reserves from turn 1. The defenders reserves cannot start testing before turn 3 and will arrive from the opposite table edge.

The German placement die rolls produced fives and sixes allowing for the whole German force to arrive on the British left flank, the nearest to the two objectives and completely unhinging the defence set up. The two objectives were the building and sandbag emplacement either side of the soft sand area in the picture below. 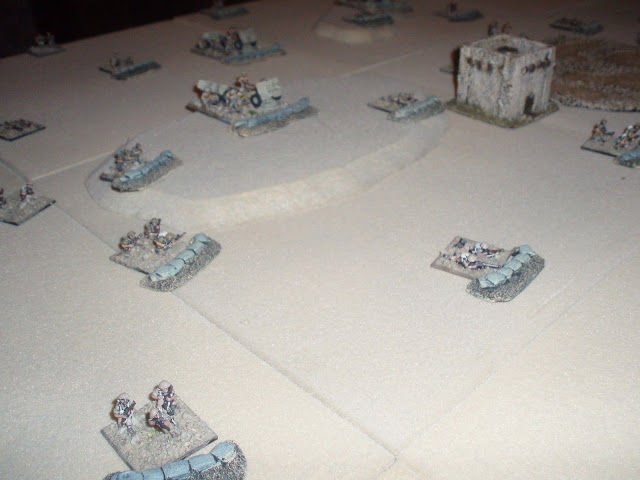 Turn one saw the British ambush force (a troop of three A13s) immediately revealed (they have to be declared in turn one) and after a brief exchange of fire with the Panzers just as immediately dispatched.

The destruction of the British cruiser tanks left the 25lbr gun line as the main anti-tank defence to the infantry dug in on the airfield. These were supported by the infantry Boyes AT rifles. However the combined assault by the Panzers and Panzergrenadiers supported by the Stukas took its inevitable toll. Two of the guns were quickly neutralised for the loss of a Panzer II.
As the battle waged furiously around the first objective, with the Panzergrenadiers seeking to drive off the British infantry and secure the ground, the British reinforcements appeared on turn 5. However the whole of the German force was on table at that stage and the German battery of four 105mm howitzers placed a smoke screen down to seal off the objective area from the onrushing Honeys.
With the objective taken in turn 6 and the Panzer IIIs in support of the two Panzergrenadier platoons, we called it a night.
﻿﻿

Thanks to Steve for a fun game and "bearing up" whilst the God of Dice kept serving up the Afrika Korps fives and sixes. It just happens like that sometimes.
Jon﻿﻿
Posted by carojon at 10:11 No comments:

Fire and Fury in the American Civil War

In addition to our Malayan Emergency Game this month, Jack laid on a 28mm Fire and Fury ACW game in preparation for the "Big One" in December as our annual Xmas game where all club members can come together on one table.

This year Nathan is organising an ACW big game using Fire and Fury rules so to get things warmed up for December, I grabbed a few photo's of Jack's game. 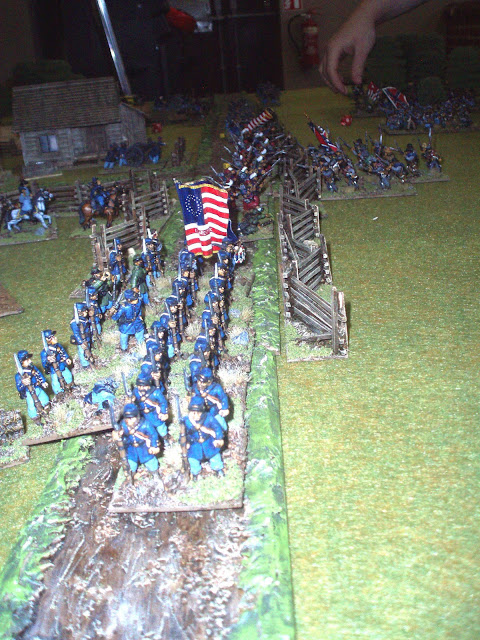 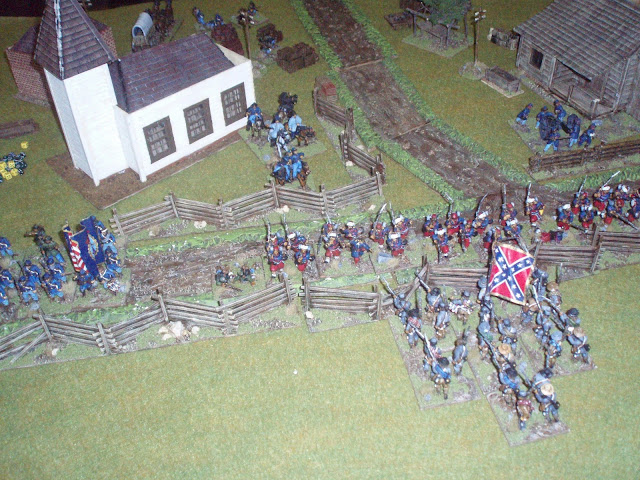 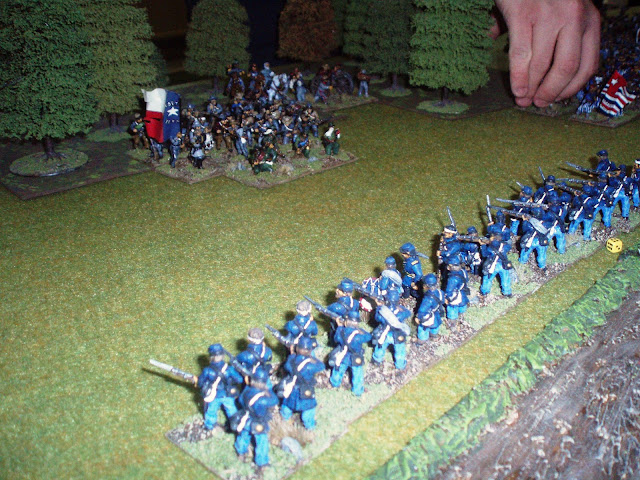 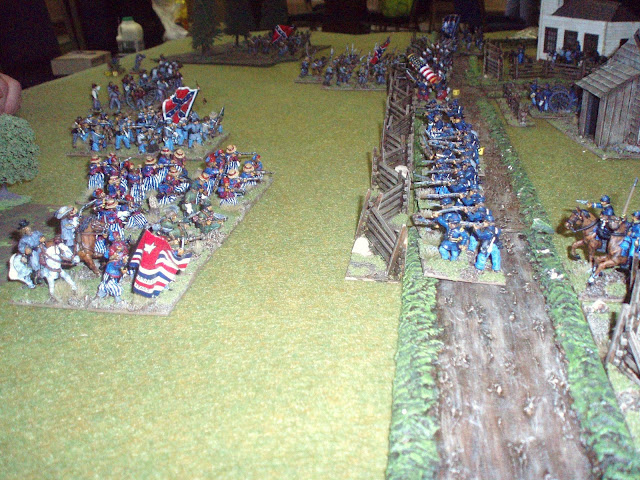 This months game was put on by Chas and featured a sharp little skirmish somewhere in Malaya during the Emergency 1948-1960 and gave us a chance to try out the "Force on Force" skirmish rules prior to our large Summer game where we plan to play a "Black Hawk Down" scenario.


The scenario had a village police station threatened by a large gang of Chinese guerrillas who had infiltrated into neighbouring buildings and brought the police force under fire. This was all a ruse to cause the local military force consisting of Royal Marines and Gurkhas to come to the rescue and walk into ambushes planned on likely access routes.
The Police station was well guarded and their fire power had to be respected. In fact the initial exchanges of gunfire definitely went in favour of the Police.
﻿
The neighbouring jungle provided plenty of cover for the guerrillas to move their forces and the first success for them came when one of the Marine patrols were surprised by a large force of the enemy. After initially debussing from their transport they quickly remounted but the fire from the Guerrillas on the exposed crew caused the vehicle to quickly reverse back up the road.﻿

However the other patrol proved more robust and quickly debussed avoiding several booby traps along their route, including mines. They cleared the first main building and went on to clear the mosque.

The battle started to move towards the cross roads where the guerrillas mounted one last attempt at causing casualties to the police and managed to kill a couple of officers and shoot up a Gurkha patrol coming in over the river.

The learning from the game shows that irregular insurgent teams need to tackle regular troops in the open with as much firepower as they can bring to bear. The best guerrilla option were their snipers whose firepower was on a par with the regular troops.

The rules proved quick to master and should work well for our game next summer. Thank you to Chas for a fun game.