Escape from Warmington on Sea - Chain of Command


Yesterday was an unusual club day at the DWG as the club contended with its usual annual problem of looking to support our local wargaming show, Legionary 2018, which tends to fall on the same Saturday as our monthly club meeting.

Thus half the club members were at Legionary and there is a brief report on the show at JJ's Wargames for those interested in what we were up to there plus some other games that caught the eye. 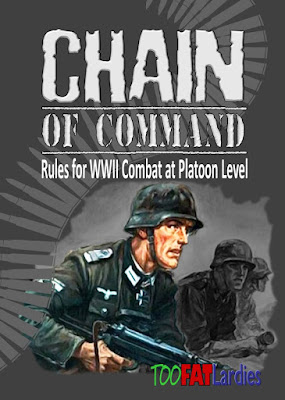 Other members of the club were at our usual gathering to get some final play-testing done on a Dad's Army game planned for next month up at Chez Chas in North Devon.


These warm up games are important to work out what's needed to make the bigger game planned work and Chas and the chaps have found this an effective part of the planning process with other games we have played over past years.


Yesterday's mini scenario had a downed Falschirmjager team desperate to get their commander clear of Warmington with a set of secret plans and drawings facing a sharp battle from the defences as they attempted to get to the beach and waiting Kriegsmarine support.


As these games are played additional units get to appear on table and yesterday was the first appearance of Clive's scratch built E-Boat seen at the top of the post plus some additional buildings based on the online map of the fictional Warmington on Sea. 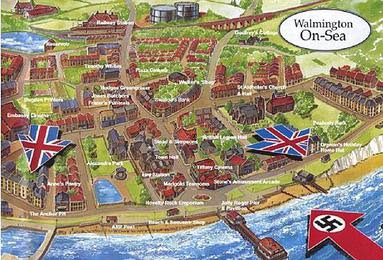 In addition the chaps were testing out specific weapons that were deployed by the British Home Guard defences including beach placed explosive drums acting as improvised mines together with the dreaded Blacker Bombard seen in the pictures below. 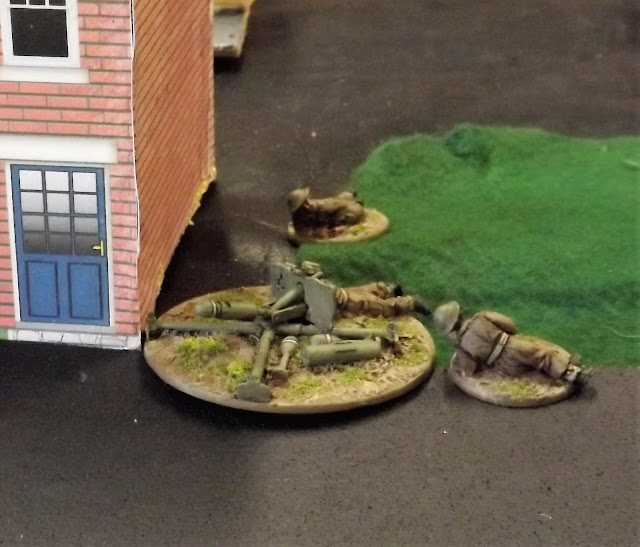 As mentioned the buildings detailed in the map of Warmington have also been scratch built and will add to the feel of the final game next month.


The game ended after some vicious close in hand to hand fighting and a lot of covering fire from the E-boat close inshore that saw our FJ officer make it to the beach and the naval team waiting their amid a hail of Lewis gun and Enfield rifle fire, leaving the rest of his squad to await capture by the British troops.