The second game in the Firestorm Campaign was fought last weekend and Omaha proved a tough beach to take.

US Forces had eleven turns to capture their objectives via the defences at WN66 and the E3 draw. The Americans had an early success with the naval bombardment knocking out the beach front gun bunker and causing fires on the bluffs overlooking the draw providing an effective smokescreen. The effect of the pinning fire also enabled the first platoon ashore to get to the sea wall and start demolition work against the wire. 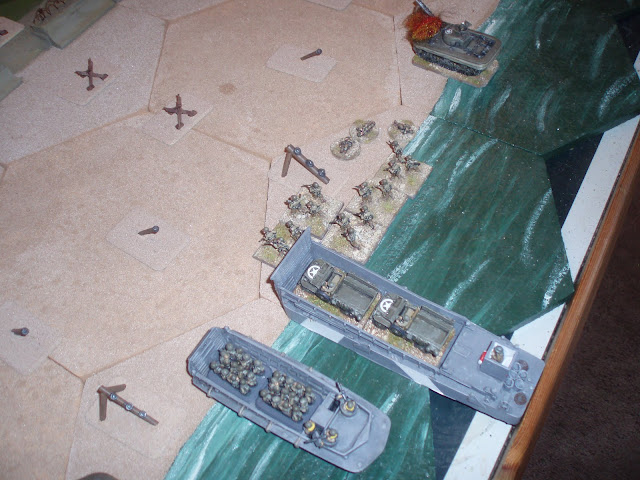 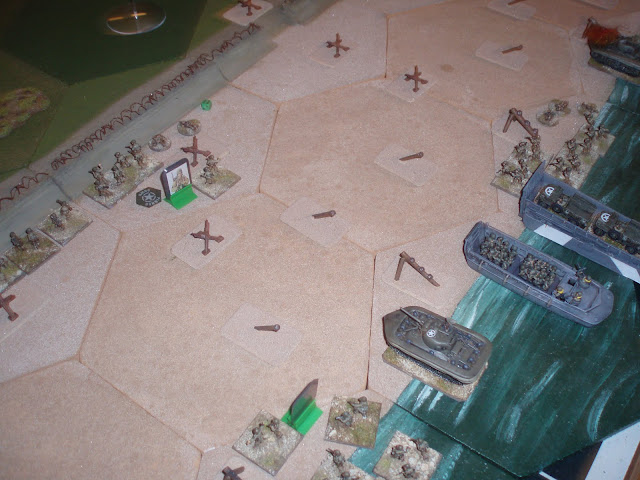 Then in turn 2 the Germans woke up and let rip, with the 352nd on the bluff chucking out twenty two D6 per section of ten men needing 6's to hit. Needless to say the US troops on the beach started to take heavy casualties and only got off the beach on turn 6. The DD tanks stayed on the surf line risking drowning in the incoming tide to trade shots with the 5cm gun in WN68. The German gun eventually came out the winner with crew taking to their rifles when they discovered they didn't have any HE to lob at the US infantry. 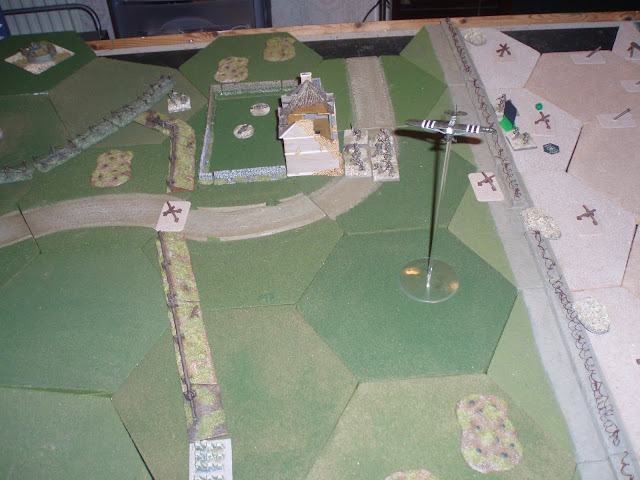 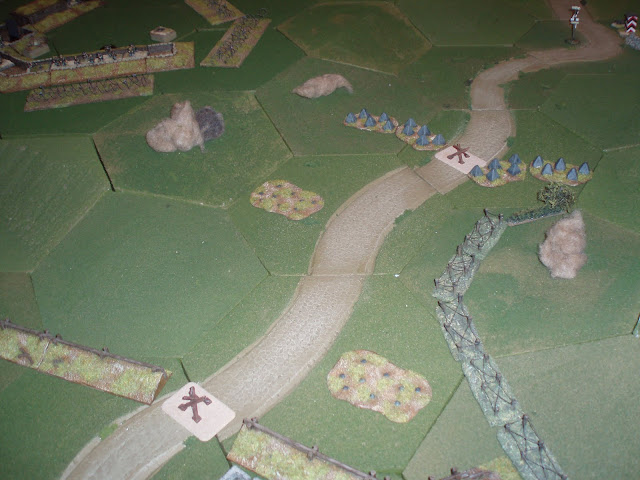 Things were looking bad for the Yanks when the US Navy got into the battle with their AOP plane calling in a bomardment on WN66 and taking out a section. The fire from the defences slackened and the Rangers got into "Bingham's" house at the entrance to the draw. They eventually led the assault on WN68 and its troublesome gun, forcing the German commander to consider falling back on his reserve platoon and defend the last objective in the last moves of the game. 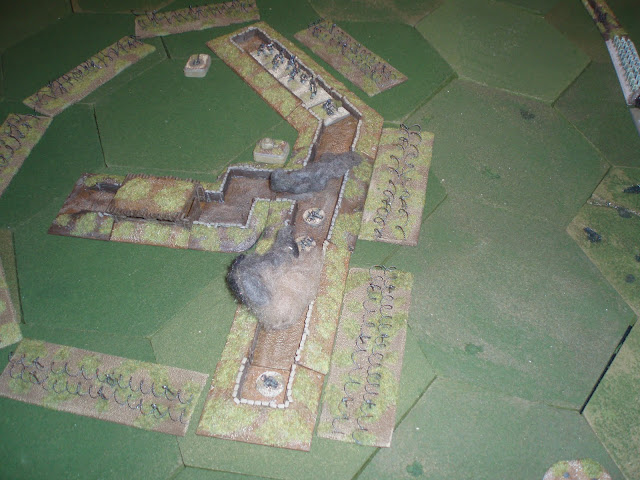 Unfortunately for the Germans the US Navey again grabbed the initiative and broke the final stand, allowing the Yanks to grab a win on the last turn of the game.

Thanks to Mike, Steve and Will for a very enjoyable game 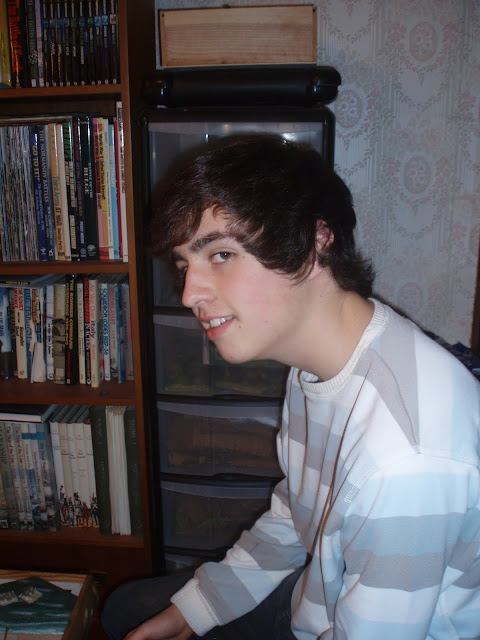 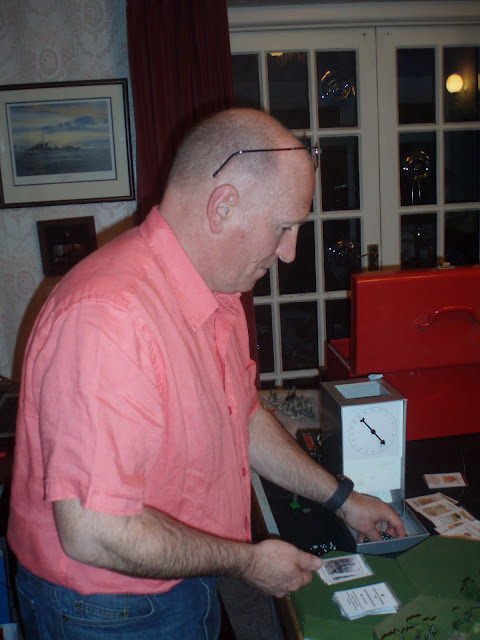 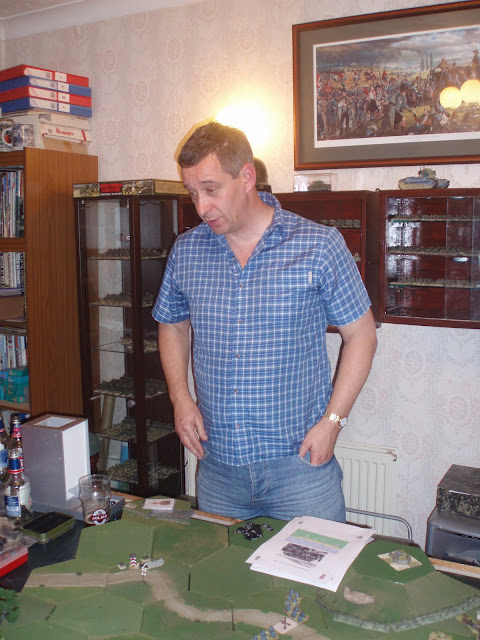