The third Firestorm Normandy game was fought this Sunday, and the British had their go at getting a foothold on the Normandy coast, following the successful landings by the Canadians at Juno and last months bloody encounter by US forces on Omaha.
The first picture shows the Queen Red Sector from behind the German positions with WN12 (Sole) in the right foreground, with the Luftwaffe radar post acting as battalion HQ for the third battalion 736 Grenadier Regiment. The hex immediately to the left of this position on the hedge lined road was the key objective for the British force. In the right background immediately on the sea front is the eastern end of WN20 (Cod) which was the strong point for the 10th Company, including a 8.8cm AT gun in the large bunker, 2 x 7.5cm AT guns covering the road off the beach, plus HMGs, Mortars and an artillery OP. In the right background are the houses of Breche de Hermanville which provided cover for a 5cm AT bunker and a tank turret bunker giving support fire to WN20. The position was supported by 15,5cm artillery and reinforcements of infantry and possibly panzers from 21st Panzer Division stationed close by. 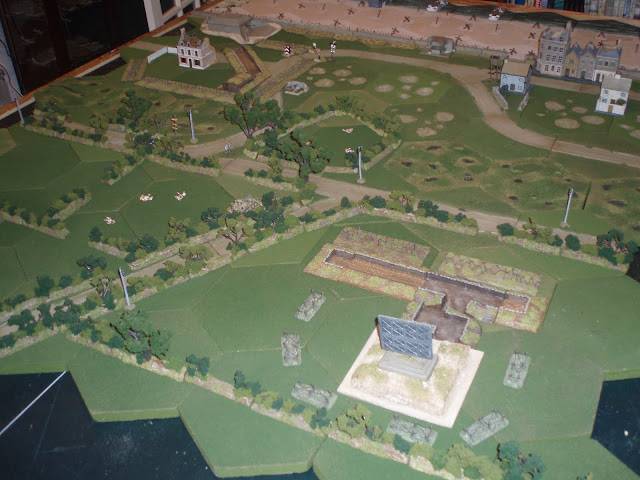 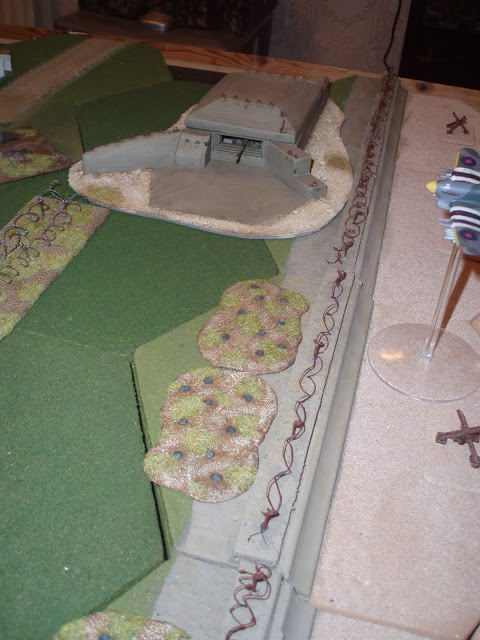 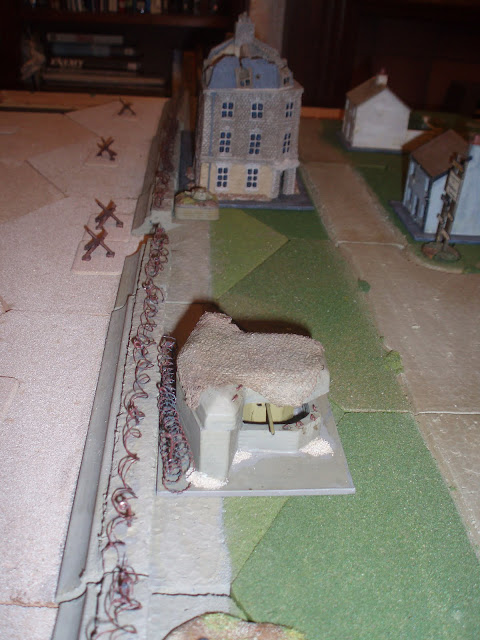 Following the initial bombardment by the navy that managed to knock out an HMG position and a rifle group in the support trenches, the pinning effect of the bombardment allowed the 2nd Battalion East Yorkshire Regiment to take full advantage, by managing to land three platoons in the first wave and rush the sea wall and wire defences.
Because of the possibility of German tanks turning up, the British decided to break in to the defence primarily using their infantry assets bringing on the armour once the anti-tank defences had been neutralised, to help deal with the German infantry. This would help to make sure there were plenty of British tanks around to deal with any German armour. 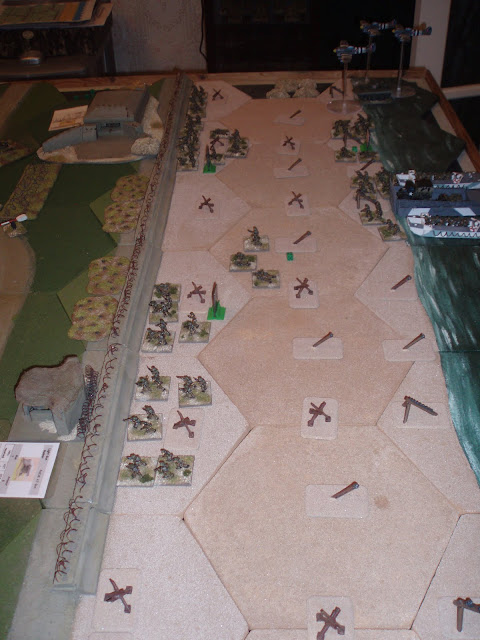 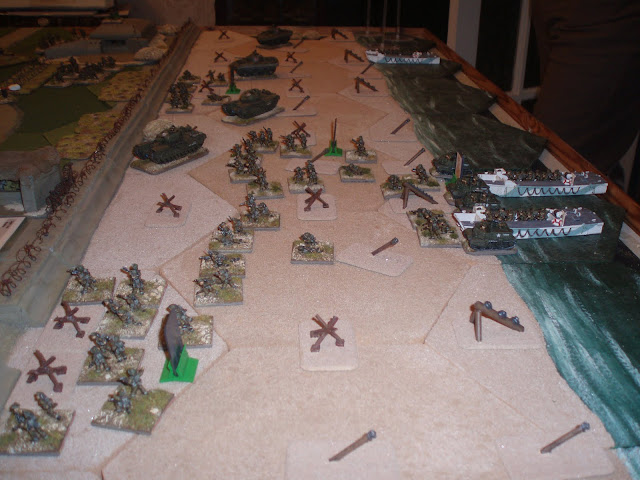 By turn 3 the British infantry had "bangalored" the sea wall creating multiple breaches allowing them to assault and take out the 8.8cm bunker in the teeth of heavy fire from the German Infantry. The DD tanks and AVRE easily took care of the 5cm and tank turret bunkers, with the infantry and DDs smoking them off, allowing the AVREs to close the range and take them out with their Petard mortars. 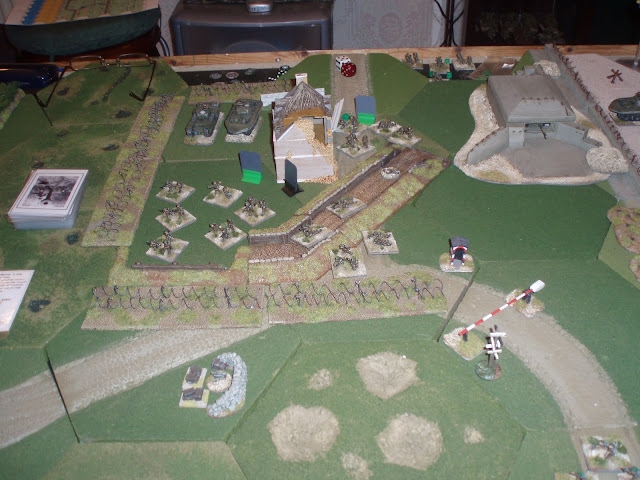 By turn 6 the British infantry was able to make their final assault into COD having taken out most of the German machine gun positions, which with the reduced return fire allowed them to charge into the position and clear it with the grenade and bayonet.
This opened the "flood gates" and the Commandos of 4 Commando stormed across the salt marsh and brought SOLE under fire whilst the Yorks moved into the neighbouring field ready to take the objective.
The Germans were forced to commit their reserves of only half a platoon to try and keep the objective clear of enemy troops, even managing to take out a section of British infantry. By turn 9 the numbers of British troops were overwhelming and the victory was complete. 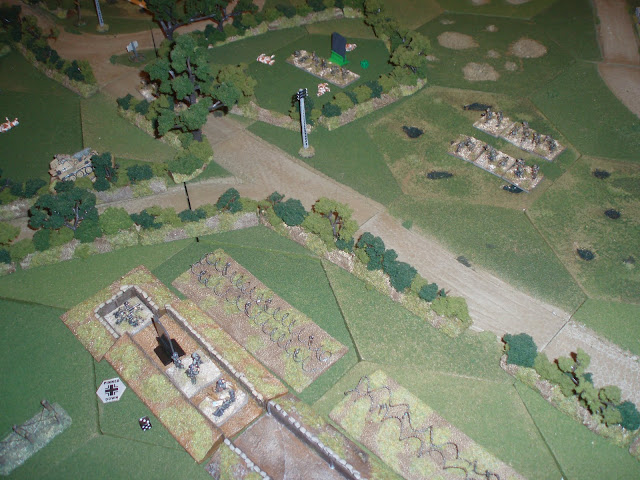 This time Steve Mathews took the Brits and I the Germans. We both picked up a lot of lessons from the previous games, ie the German infantry firepower is formidable in defence and a combination of mass return firepower and judicious use of smoke when available needs to be used to get in amongst the German troops. This is best done by the infantry who can deal with the AT guns that threaten the armour. The armour is then able to rapidly move inland to get round and behind any remaining resistance.
A really good game, great fun, thanks Steve.
Next game is Gold Beach in 2011
Posted by carojon at 20:18