Some of our younger club members can't remember 1992, neither can some of our older members for that matter.

This year with another Exeter Legionary Show looming next month, I thought it might be fun to show the origins of our local show and its very first incarnation back in 1992, when JJ still had hair and was known to like a beer or three. 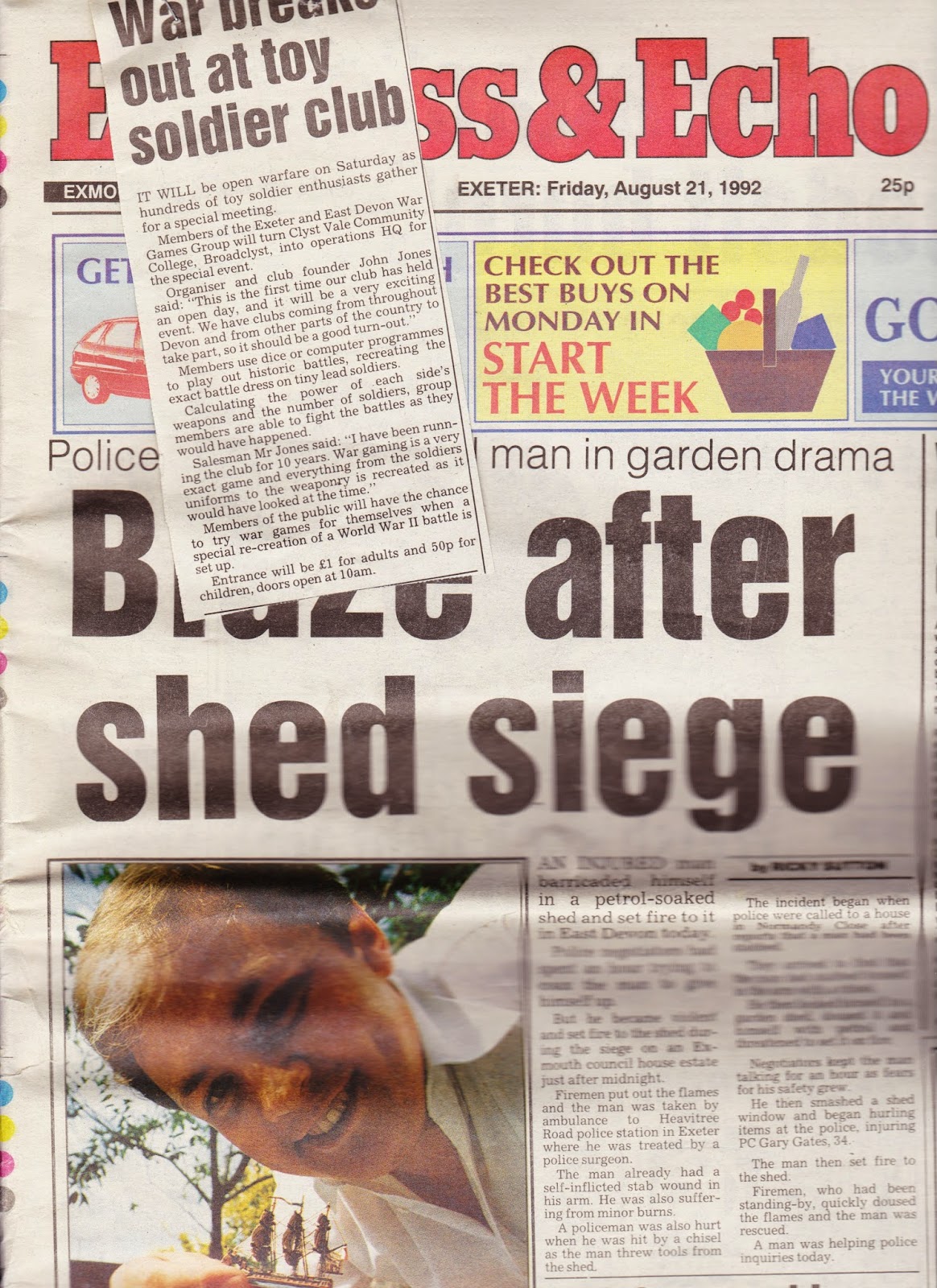 In 1992, there was no Internet and the only way to get any advertising was to get the local press to come out and write daft stuff that might attract local people to see what our hobby was all about.

So the next time anyone asks when the Exeter Wargames show got going, you can now say with some assurance that it was in August 1992 at the Clyst Vale Community Centre, Broadclyst, hosted by the Exeter & East Devon Wargames Group that became the Devon Wargames Group when the tanks rolled into Barnstaple and we annexed Chas, Clive and Nick in the North Devon anschluss.