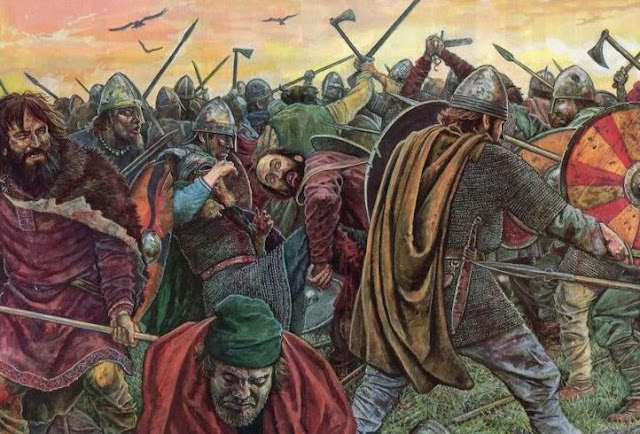 Yesterday's game at the DWG November meeting was an opportunity to play-test the annual big bash held in December when the members of the club traditionally "go large" on one game that all the members who can attend join in.

This year needed a little more preparation as the period and rules selected for the club to wheel out its enormous collection of 28mm dark ages figures was a Saxon v Romano-British clash using The Lardies "Dux Britanniarum rule set.

The idea was to play our large game with one set of cards used in the rules to drive activity along the length of our table to see how easy it would be to herd the cats that are the DWG membership, or not.

As it was Jason, Nick and Nathan did a sterling job maintaining a sense of co-ordinated activity throughout the day which produced a very enjoyable, convivial dark ages set to.

That said the December game will not follow the format of yesterday (that's what play-testing is all about) and we plan to  break our battle up into four separate tables with their own card decks but with all the results on each contributing to the final outcome for the day. With at least four regular members away yesterday, the game in December should be a really good one to finish the year off with.

As with any of our big games in the past we always like to have a bit of local history included in them combined with a large chunk of "what if" included but like all the best historical fiction you will find fictitious names and places mixed in with the historical. Any similarity between actual people and places is purely coincidental!

So with that little preamble out the way, to help avoid anyone looking up this particular battle on Wikepedia and to save me time writing it up there anyway, on with the context behind this mighty clash at what became known in the Saxon Chronicles as the Gathering of Ravens at Littleham Cross. 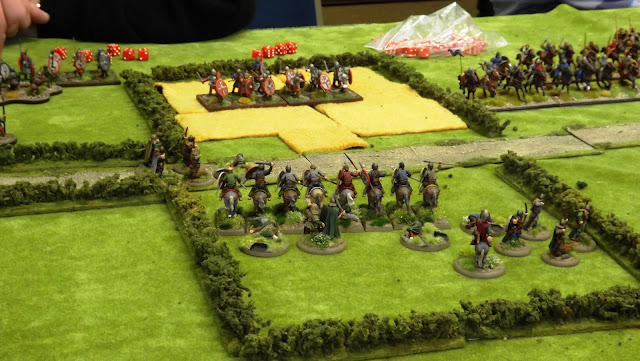 The history of the enmity and suspicion between the West Saxon Kingdom of Wessex pressing up to the modern day county borders of Somerset and Dorset with the Romano British Kingdom of Dumnonia occupying the area of modern day Devon and Cornwall is well documented if a little sketchy on detail. 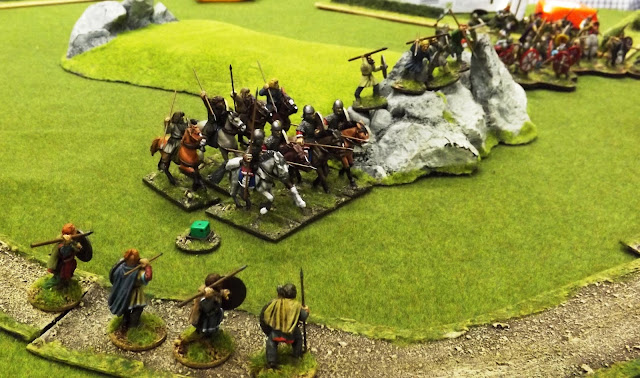 The West Saxons continued pressure to occupy yet more lands of the Britons saw King Ceolwulf of Wessex occupy Dorset in the 590's bringing the West Saxons onto the borders of Dumnonia.

The Kings of Dumnoina and Gwent combined to strike back against Wessex in 612 that saw the Dumnonians defeated at Bindon on the Devon-Dorset Border.

A period of relative peace then followed before the men of Wessex under King Cenwalh tried their luck again in 661 by marching on Exeter, beating the Dumnonians at Posbury near Crediton but themselves forced to withdraw as Dumnonian diplomacy paid dividends when pleas for help were met by King Wulfhere of Mercia who invaded Wessex in response and later defeated King Cenwalh after he had hurried home.

And here we are in the summer 670AD and the aged King Cenwalh, determined to press the Dumnonians under King Geraint, has brought his host over the River Axe pillaging the peaceful idol that is East Devon on his march towards the Dumnonian capital at Exeter.

Determined to resist yet again and with assurances of help from the Mercian King Wulfhere, Geraint brought the Dumnonian forces to Littleham Cross a hamlet just six miles south east of Exeter.

The Saxon Chronicle talks of battle lasting the day with great loss on both sides and a gathering of ravens that remained over the field of battle for the weeks that followed.

But the West Saxons were forced to retire and Dumnonia would remain independent thirsting for revenge and determined to take the fight into Wessex. 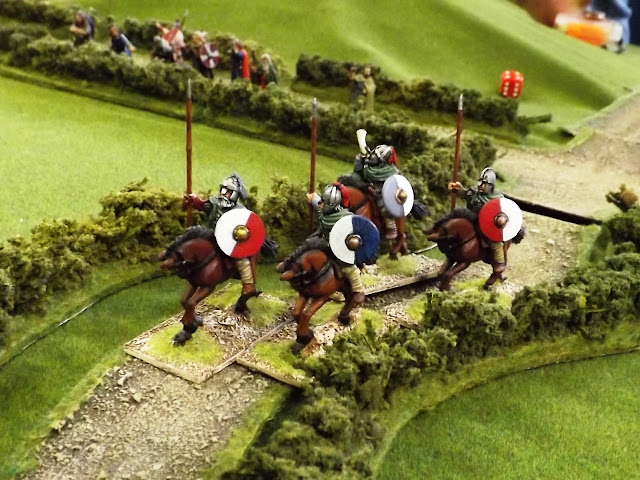 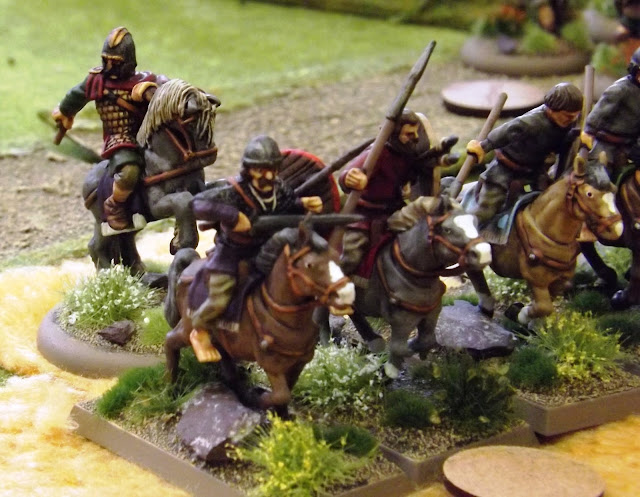 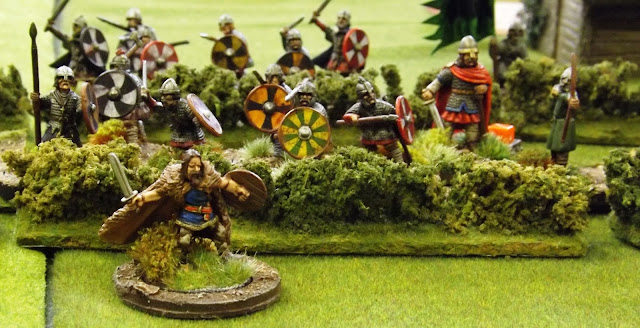 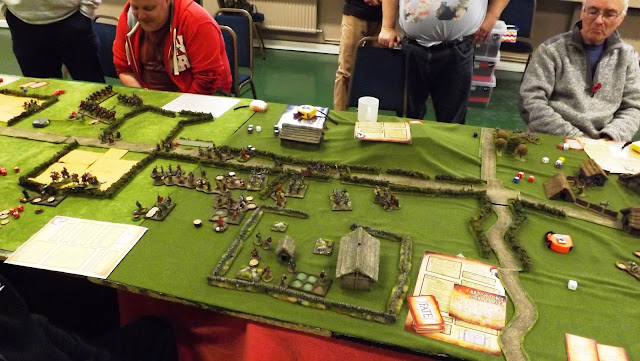 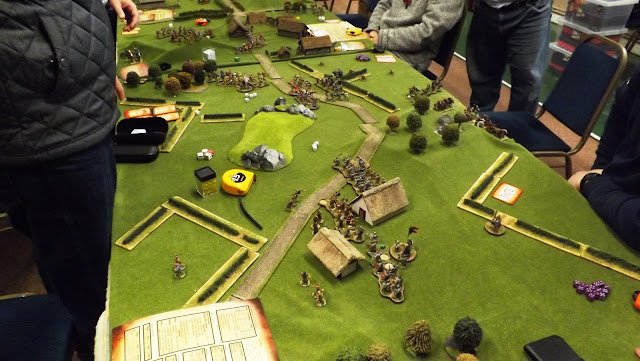 So with the rule set tested to destruction and the combatants brought up to speed with their tactics and battle skills we are all set for next month when King Geraint strikes back and takes the fight to Wessex.

Thanks to all the members of the DWG who provided all the fun and the great figures and terrain for me to take pictures of. Here's looking forward to next month.
Posted by carojon at 10:34