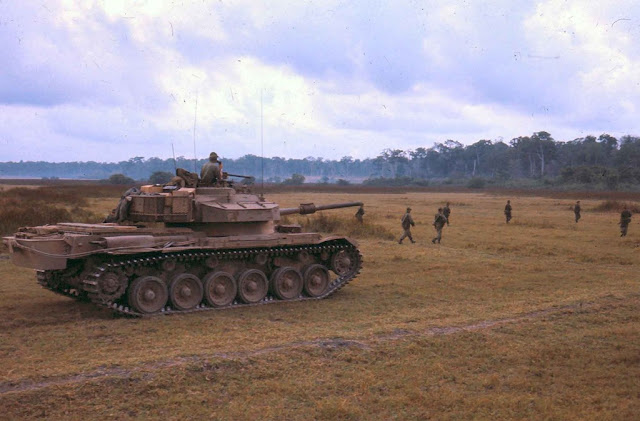 Over the past year we have played several games in the 1958 to 1980 “Retreat from Empire” period,
however we hadn’t tried a Vietnam game yet. Since our figures were British Commonwealth types,
we opted for an ANZAC’s v Vietnamese scenario. After some research the Battle of Binh Bah, looked like an interesting scenario, especially as it included some urban warfare. We used the ”Chain of Command” rules, by Two Fat Lardies, with their “Bush Warfare” supplement and borrowed ideas from their Vietnam War rules “Charlies Don’t Surf”. 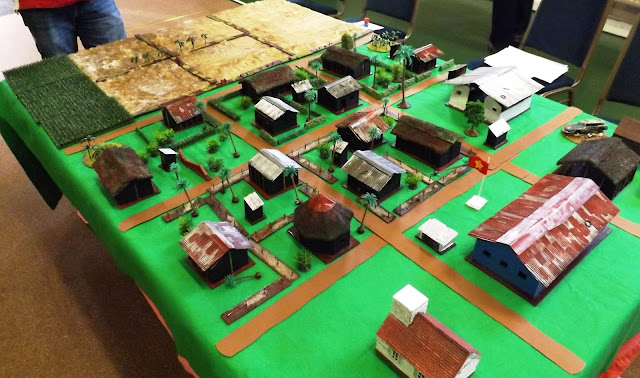 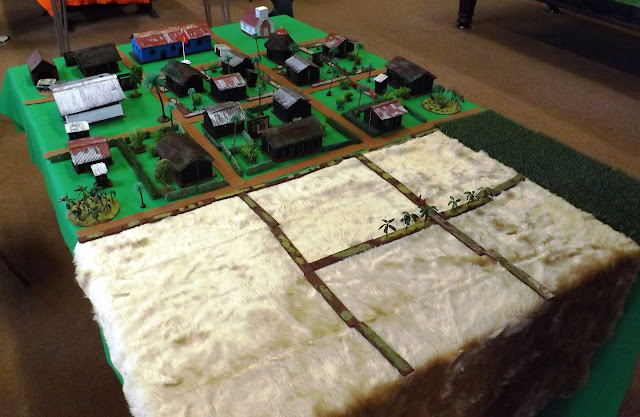 Gradually more Vietnamese units arrived on the table, and moved into defensive positions around the
village, often using the tunnel network for extra safety. The village commissar and political officers
stiffened resistance by improving the morale of local Vietnamese units too. The Vietnamese fired on
ANZAC infantry whenever they saw them and the ANZACs replied with the withering fire
characteristic of western forces. At close range the accuracy of the Centurion tank’s fire control
system allowed the ANZAC’s 1/3rd chance to fire HE rounds though doors and windows, with
devastating effect on those inside. 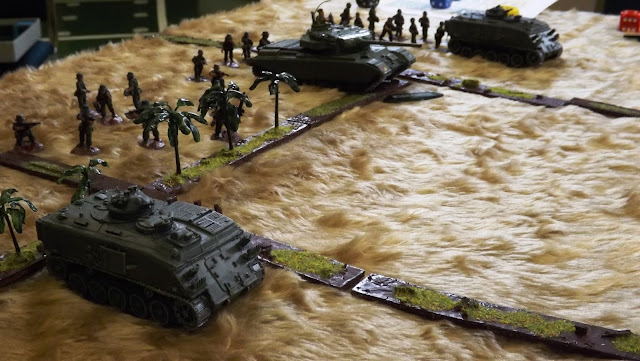 Once the ANZAC’s reached the village buildings they started to search for the tunnel entrances, with
the assistance of tracker dogs. Sometimes they were immediately successful, others times less so,
causing them to slow the advance. The ANZAC’s were reluctant to move far into the village leaving
uncollapsed tunnels behind them. One ANZAC unit set-off a booby trap hidden in a grove of banana
trees, but lucky for them, nobody was hit. 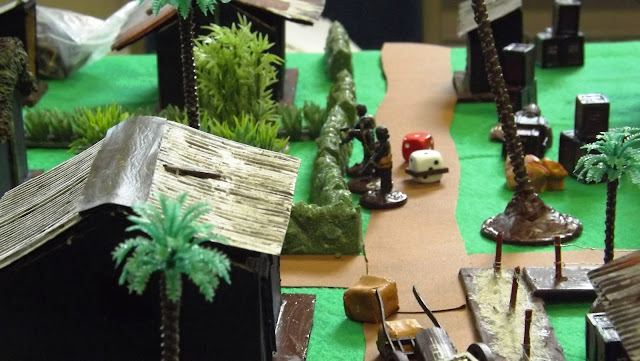 By now more heavily armed regular Vietnamese elements had started to arrive, with their RPG
teams. The grid road layout made spotting the ANZAC’s easy, even if the range was long. The first
RPG team engaged an M113 at the far end of the village, but missed. The M113 gunners returned
fire, but the RPG team was not eliminated. By now a second RPG team had arrived and both RPG
teams fired at the same M113, with the second team immobilising the vehicle and forcing the
passengers to de-bus. 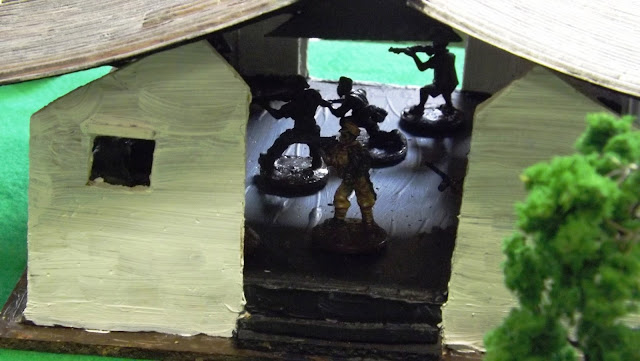 For some reason both sides seemed to accumulate chain of command points quickly, these points
allowed them to carry additional actions The Vietnamese took extra opportunities to fire on the
ANZAC infantry whenever they saw them, but the ANZAC’s soon hit on a far better tactic. If a
weapon firing at a target in a building, roles three 6’s, the building is considered to be on fire and
structurally damaged. At the end of the turn the building collapses and any occupants are in danger
of being killed. The ANZAC’s soon realised that, after rolling three 6’s which happened quite frequently given their enormous fire-power, to quickly end the turn.

Many local Vietnamese forces were killed as the buildings collapsed above them and those that escaped promptly routed. This proved a very successful tactic for the ANZAC’s, soon eroding the Vietnamese morale to zero and ending the game in their favour. 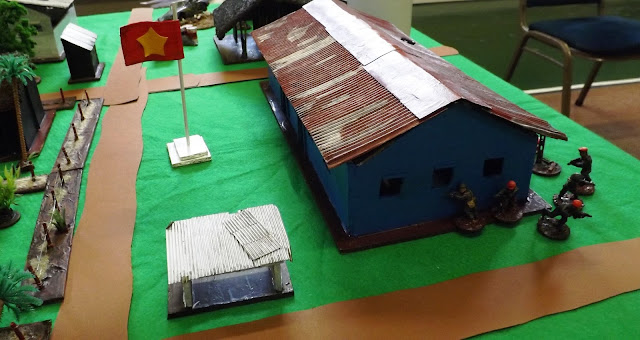 Aftermath
Victory conditions were expressed as a combination of military and political objectives. ANZAC
casualties added far more victory points to the Vietnamese than vice versa. Conversely the ANZAC’s
had to return the village to the civil authorities in reasonable condition and not to flatten everything in
full view of the CNN television crew, which they were successful in doing. 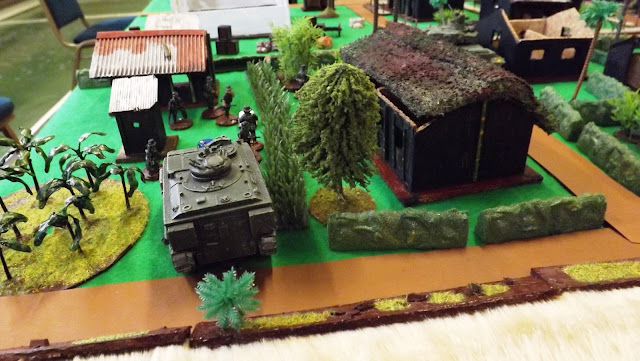 However the Vietnamese did manage to get the village commissar and political team clean away
too. A good game with a realistic result; the western forces winning the combat, but key Vietnamese
elements getting away. 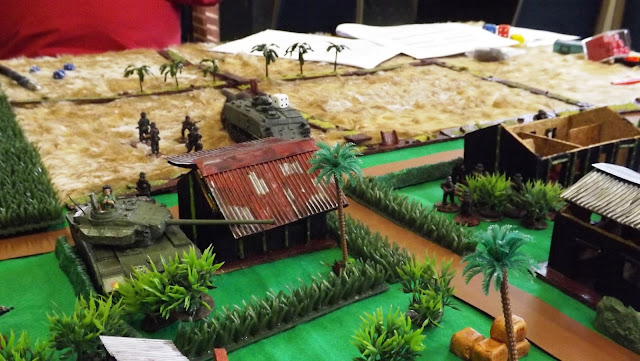 Thanks to Stephen H and Jack for this game and report