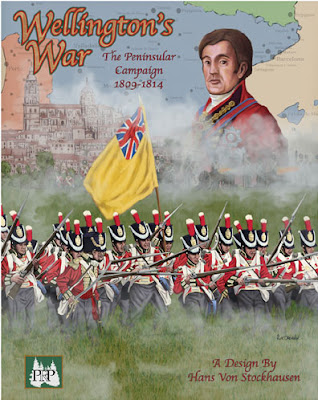 This month, with one game down on our normal three offerings I took the opportunity to play test a new board game I picked up last month, very much with a view to using it as a potential campaign tool for miniature games. 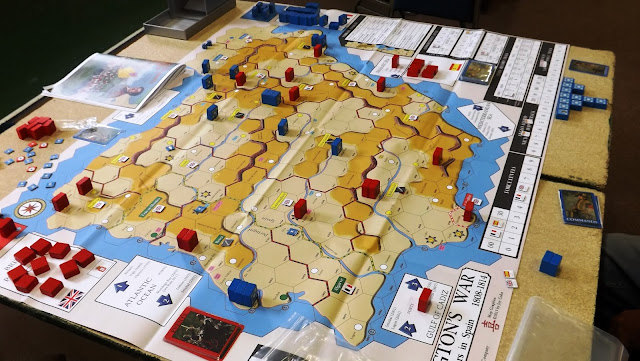 Tom took on the role of French commander whilst I took on the mantle of the Allied opposition. The game was very much of a test as we were learning the rules as we went along and so it would be unfair to give a detailed report of how it went, as I am sure and I know we made some mistakes while playing.

However we both found the game sequence really straight forward and really enjoyed the mechanisms that really helped capture the feel of the Peninsula conflict, with some hard fought battles to capture Portugal and Catalonia in the first months of 1808/09, the raising of the first Guerrilla bands roaming the mountains of Navarre and Aragon and the French busy laying siege to determined Spanish city garrisons. 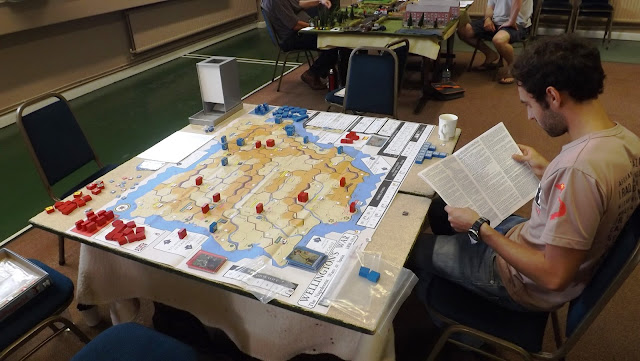 I was planning to review the game in a bit more detail on my personal blog with links for those interested in knowing more and so have provided a link below to that post.

Needless to say I am really keen to get this game out again to see what it can offer, but first impressions are very good.
Posted by carojon at 22:29