I was aware there wasn't a game report for July so have included some photos and brief report on the game and outcome.

Hill 192, Maisoncelles is a scenario from Olivier Perronny and pitches Guards Armoured Division against 9th SS Panzer Division during Operation Bluecoat, August 1944. The ptwo pictures below show the three objectives of the Guards, the most important being the 88mm gun on the hill, the other two being the road junctions. The other picture shows the initial set up with Guards position in red and the SS in blue. 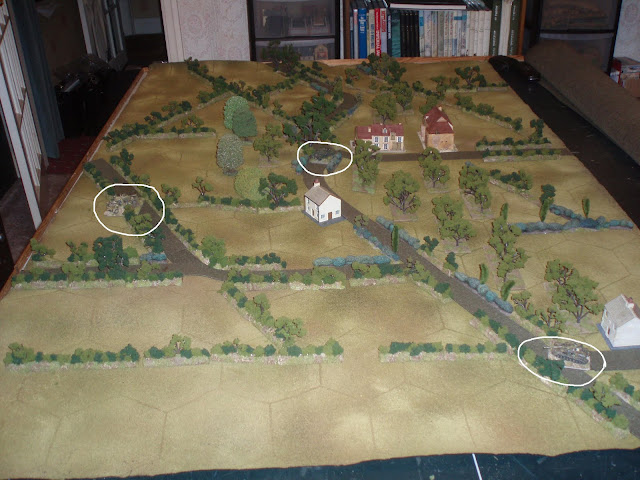 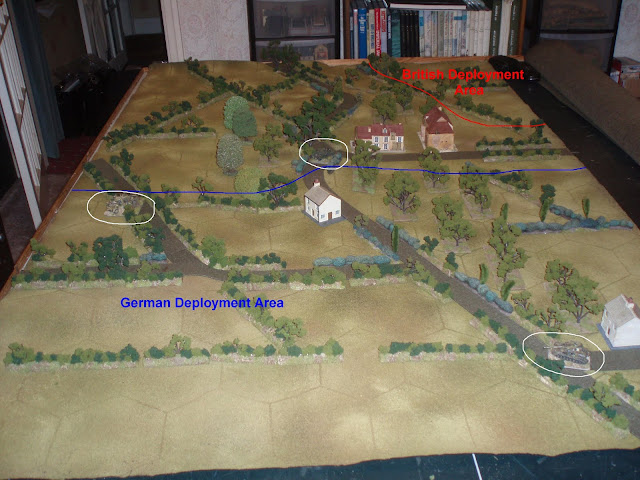 The Guards attempted to push into the village of Maisoncelles with their tanks supporting the leading platoons, only to come under withering fire from the panzergrenadiers in the hedgerows. The casualties on the Guards started to mount and seeing that the objectives could not be achieved after the losses sustained, the Guards attempted to make an orderly withdrawal, only to fail their morale checks and leave the field in a disordered state. (that's Guards speak for rout). 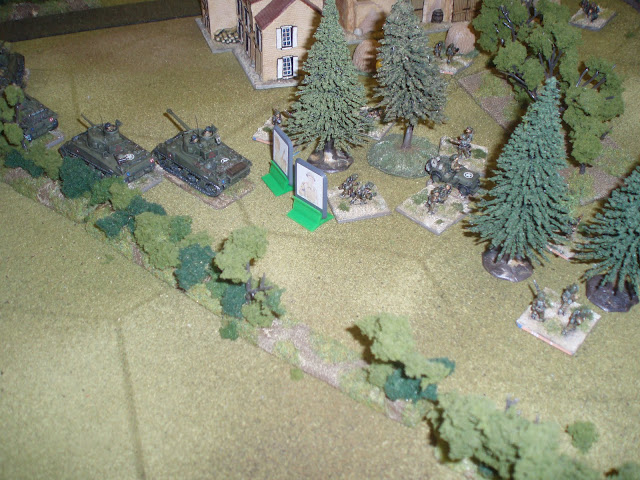 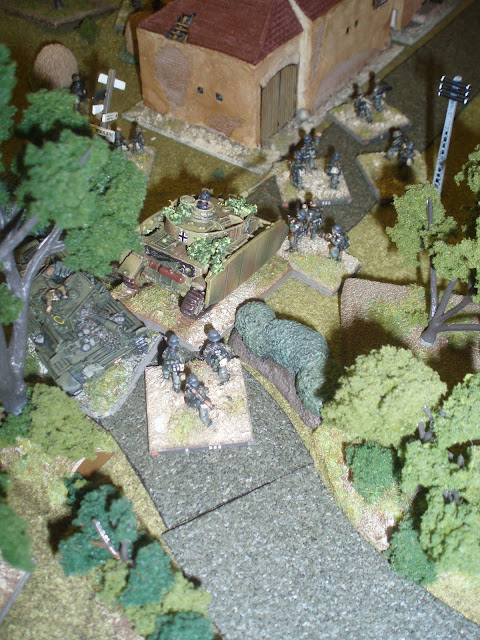 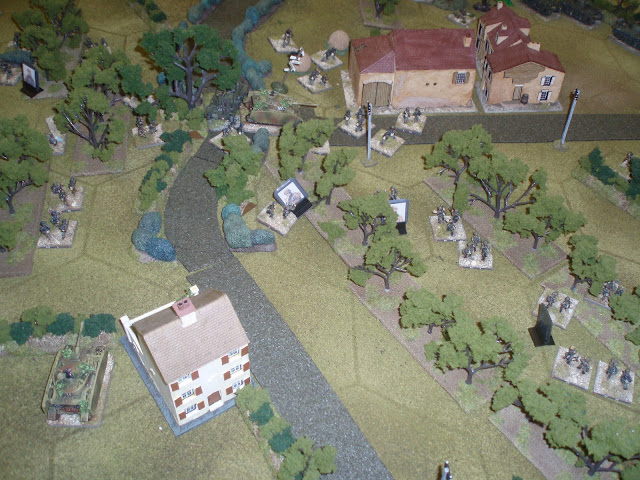 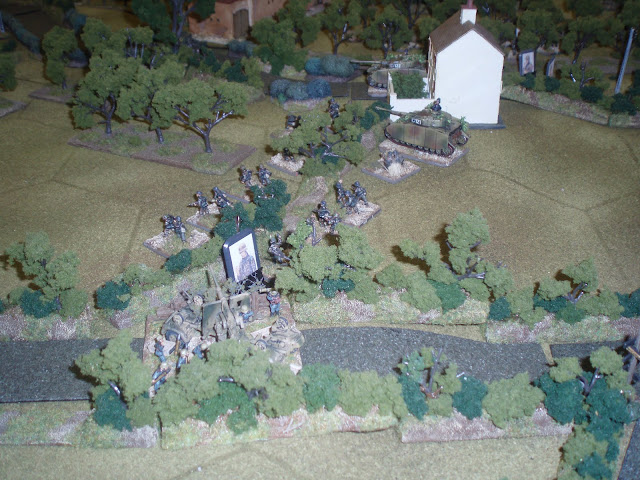 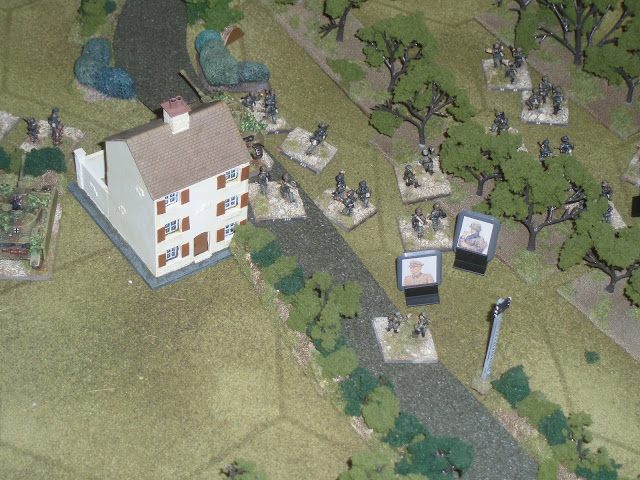