In 2011 the Devon Wargames Group reached a landmark of having been in existence for 30 years. In that time the club has played many games and, in a small way, helped promote the hobby of wargaming in the South West. We take pride in the fact that several of our members no longer live in Devon but have chosen to stay members and travel many miles to attend games and meetings.

A few weeks ago whilst tidying JJ's wargame cave I discovered some old pictures taken in the days before digital cameras ruled the earth. The pictures were of games that the club has attended at other venues ranging from the Wargames Holiday Centre in Scarborough, as it was in those days, to Colours at the Hexagon in Reading.

I have posted a few shots of club members present and past, plus some shots of the games we have played over the years as a club.

First up an AWI game staged at Colours in the Hexagon at Reading, where we put on a demo game of the Siege of Gloucester Point opposite Yorktown using an early computer version of "Iron Duke".
Check out the old DOS black and white lap top behind Gary in the picture below.

Next up the game where Chas earned his battle name "Mad Dog Carter", after he lead a Union charge down from Cemetery Ridge in this Gettysburg re fight we did, I think at the pub in Warrington.
And all because he was bored watching the Confederates manoeuvring to his front. 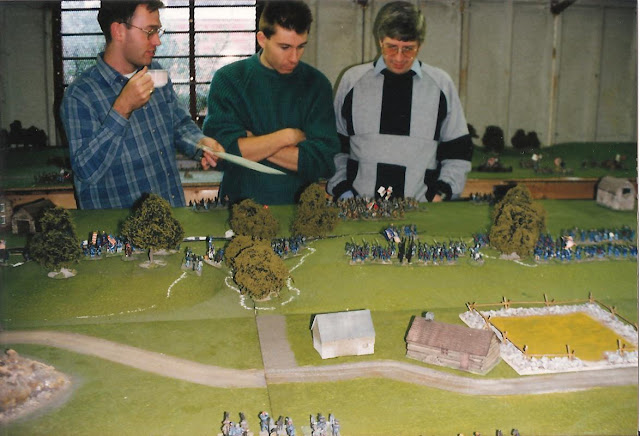 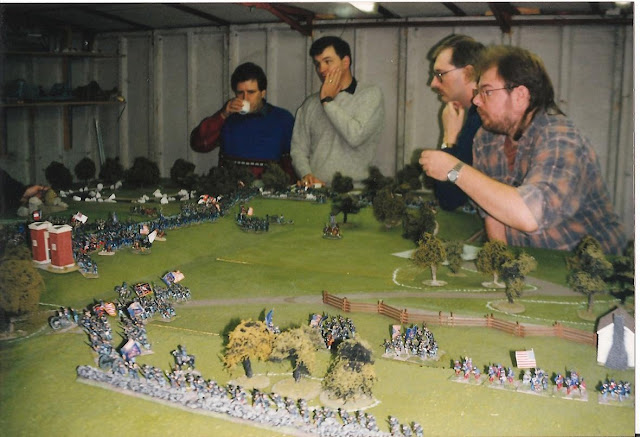 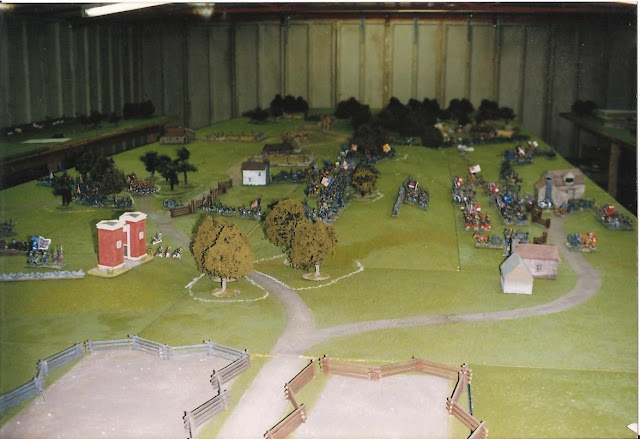 The pub at Warrington was also the venue for our big 20mm re fight of the D-Day British beaches running from Sword to Gold. This was a massive game and took a lot of curry and beer to get through. Happy Days. 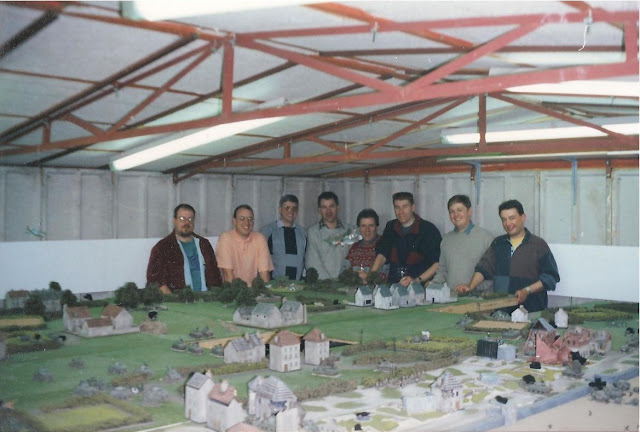 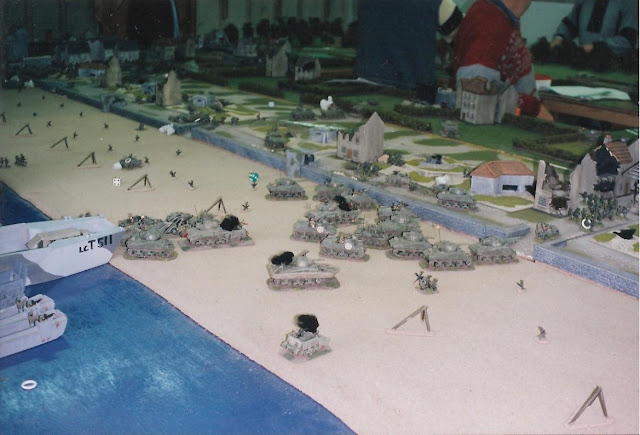 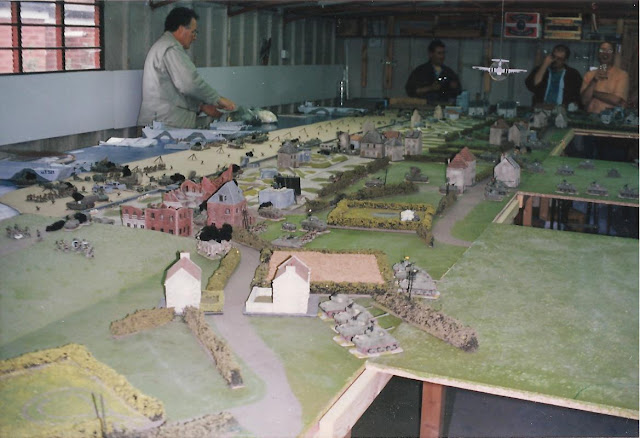 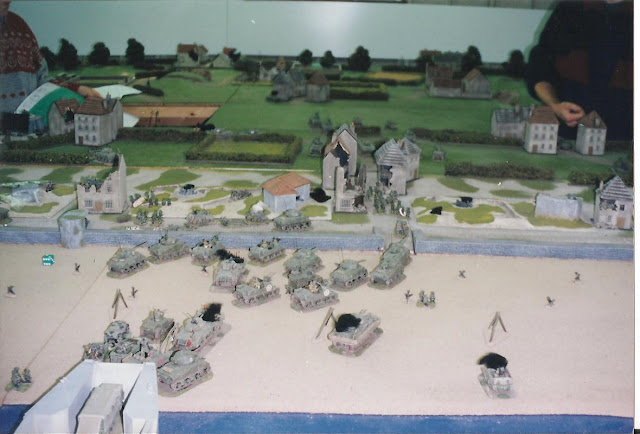 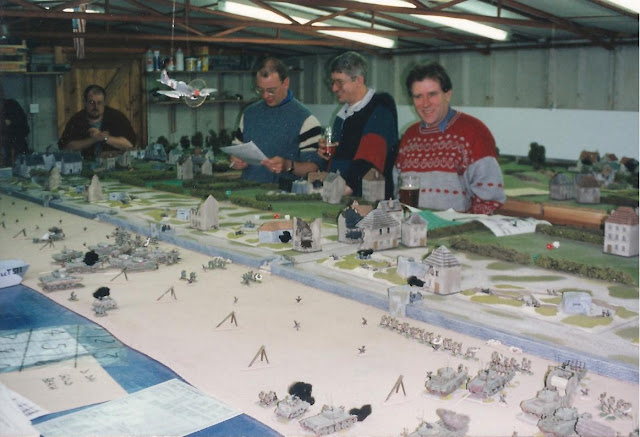 The club also ran several trips up to Scarborough, the old venue for the Wargames Holiday Centre. The following pictures are of a massive Napoleonic game we played based on Dresden with the ornate gardens forming a classic centre piece on the table. 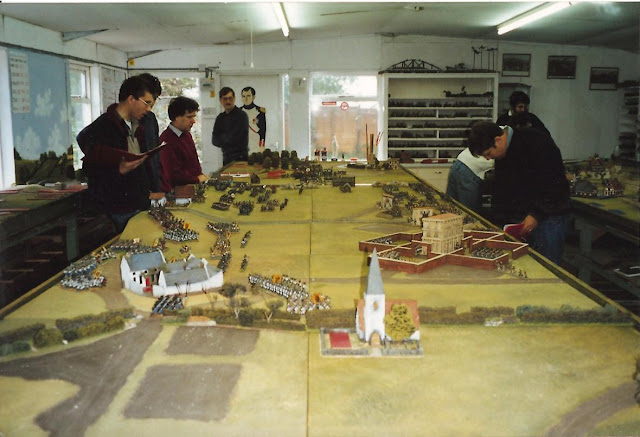 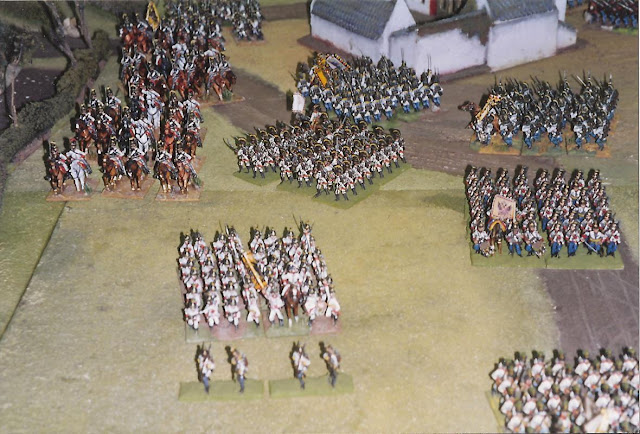 More recently the guys attended a club get together at JJ's for a Napoleonic gathering to help launch my new laid out wargames room. 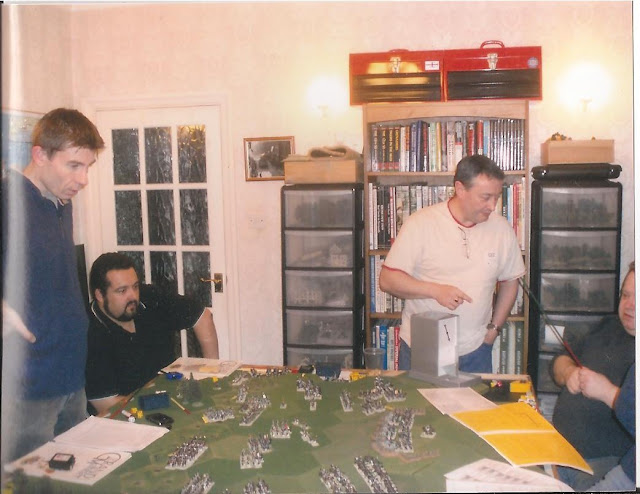 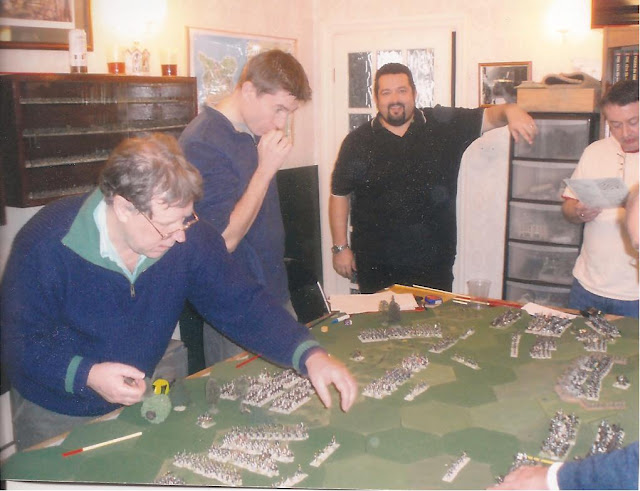 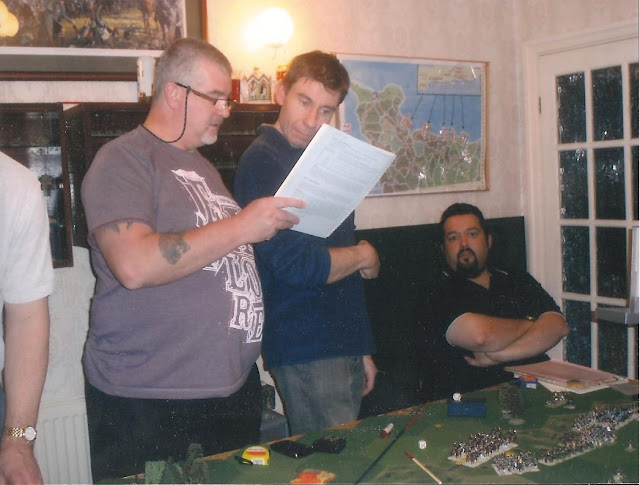 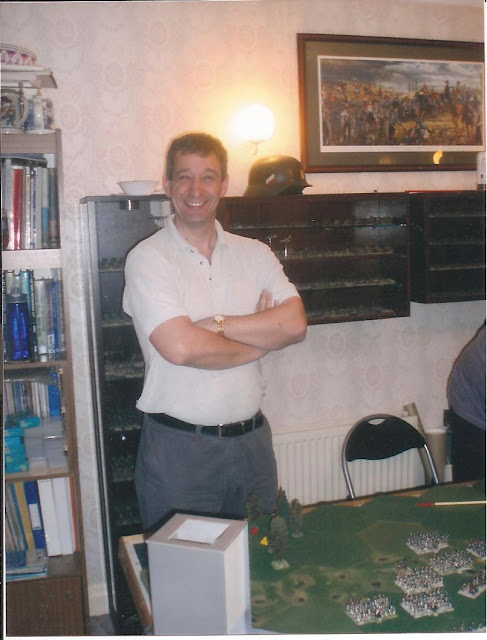 As you can see our club is all about having fun with the great hobby that is wargaming.
Posted by carojon at 18:45