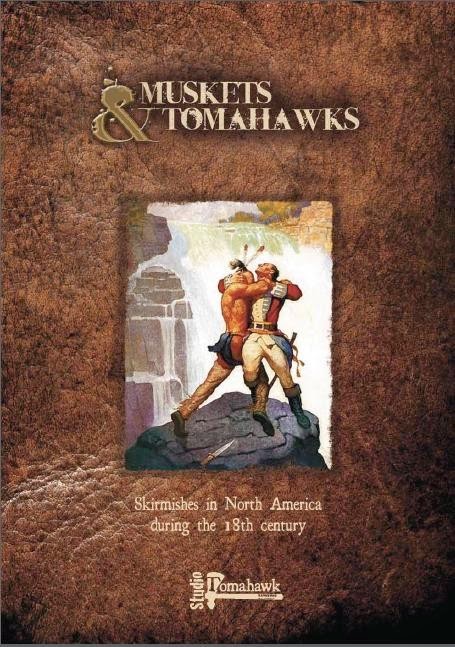 One of three games run at this month club gathering was a Muskets & Tomahawks affair with six of us each putting together a mixed force of Regulars, Indians and Irregulars to the sum of 300 points.

With three of us taking the French and three taking the British, the mission had the British landing in boats and marching on a French held fort that they intended to destroy. The French were tasked with holding the fort and driving the British off destroying their landing base and boats.

Two French forces were off table able to deploy as and when, so the British had to watch their rear area as well as sweeping the flanks to guard against ambush and counterattack.


The British methodically worked their way up from the river, putting the Regulars into line and moving through the open terrain, whilst putting the Indians and Light troops out in the woods on their flanks.


As the British approached the fort and the first French volleys greeted their arrival together with some round shot from the cannon: the French light forces moved to the attack hitting the British Indians on their right flank and destroying them in hand to hand fighting.

Moving swiftly to the wood line the French light troops opened fire on the rear of the Ranger unit, surprising them and causing a recoil. At the same time the British hat men in the centre were taking hits from the woods and the French regulars to their front recoiling back as well.

The British Light troops on both flanks were gradually destroyed by the counterattacks of the French Indians and their Irregular allies and this brought a halt to the British advance in the centre forcing a withdrawal under fire back to the boats.

As the British ranks thinned the French light troops became more bold in their attacks and started to press forward into the open ground only to be greeted by musketry that drove them back.

Eventually the British boat guard decided to come to the aid of their colleagues by moving up to try and relieve the forward units as they fell back. However the pressure continued to mount and the British fall back became a general retreat.

The rules played very well and a fun time was had by all. As you can see, we had quite a few troops on the table but this did not impact on the game running very smoothly, and in time, despite many of us being new to the game, we were working through the combat factors with little need to refer to the quick reference sheets.

Thanks to Chas, Vince, Steve, Andy and Tom for a very fun game.
Posted by carojon at 18:42