The (Sassanid) Empire Strikes Back
Chas and Steve commanded a large force of Arabs intent on conquering Persia - Chas commanding the a mixed force of medium cavalry and infantry while Steve led a massed horde of fanatics. 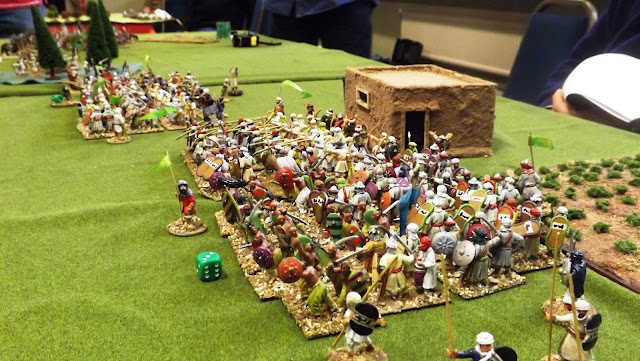 Against them Vince, Steve M and Andy deployed a mixed force of elite Cataphracts, horse archers, elephants and rather less than elite infantry. 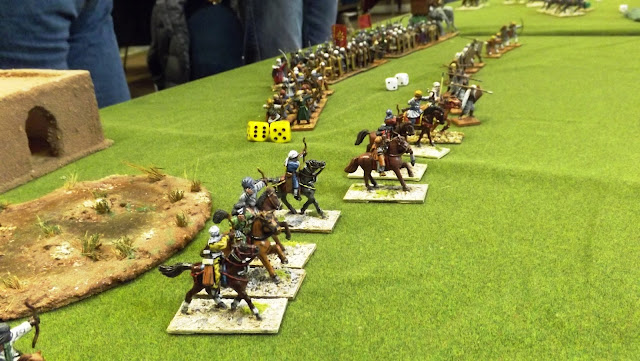 The Catraphracts under Vince lined up on the Persian left, opposite Chas's Arab cavalry, Andy "held" the centre with a thin line of light cavalry & horse archers opposite Chas's infantry and with the Sassanid infantry under Steve M on the right facing the horde of Muslim fanatics under the other Steve (too many Steve's in this club!). 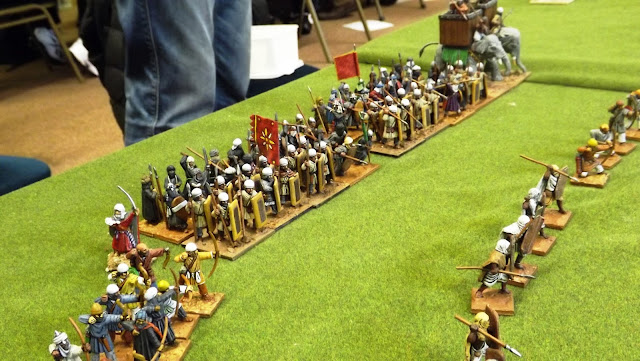 Move One saw Chas ordering everything forward (no, really) and we were off.

Hail Caesar's command rules rapidly got to work and the neat battle-lines broke up fast. Chas came forward with most of his cavalry but with every Persian, whether cavalry, infantry, cook or elephant, being armed with a bow a sporadic but effective reign of missile chipped away at his units. 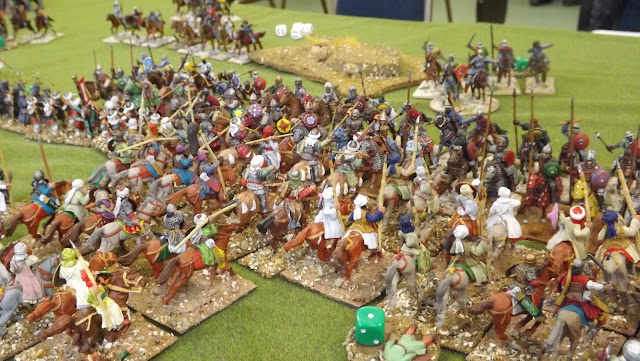 On the Arab left Steve took a while to convince his fanatics that line one of their job description was "run fast towards the enemy" so the first few turns were quiet. 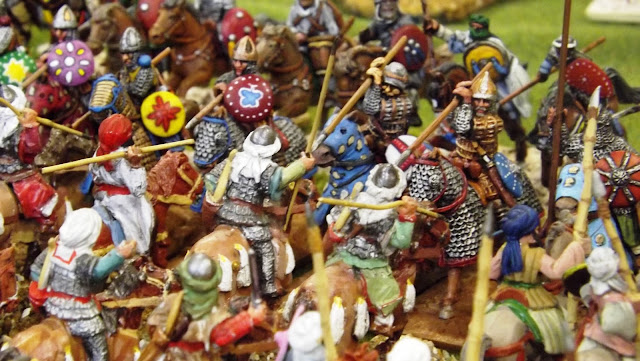 Vince waited until Chas closed the range and then launched the elite Persian cavalry straightforward, Kontos at the ready. It wasn't all one way traffic but with Sassanid light cavalry chipping away around the flanks the power of the elite heavy cavalry started to tell and two of the Arab cavalry units broke. 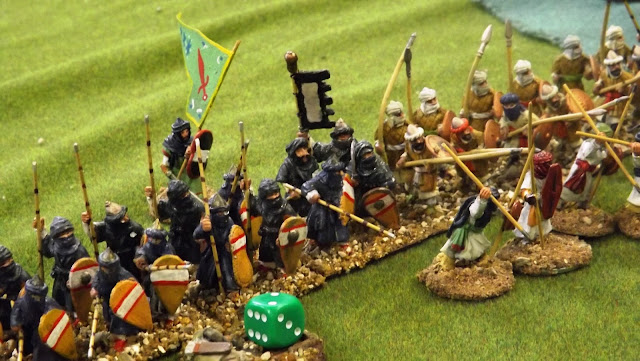 On the Arab left Steve got his Arabs going forward but was never able to bring enough to bear at the same time and Steve M fought off repeated piecemeal attacks, occasionally giving ground but always reforming the line. 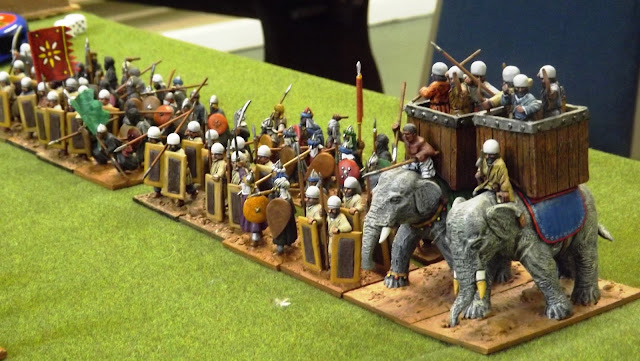 By mid afternoon gaps were appearing in Chas's lines and one unit of Cataphracts charged forward. Three Arab units later they had carved their way to the opposing base line and the writing was on the wall. 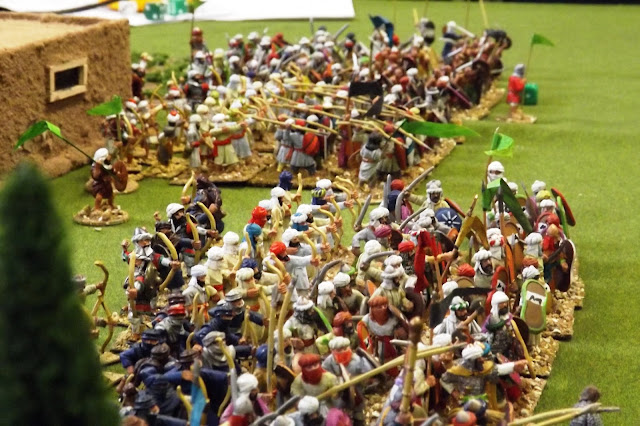 Steve M pushed back a last attack on the Persian right and started forward. The Persian Empire had survived a little longer. 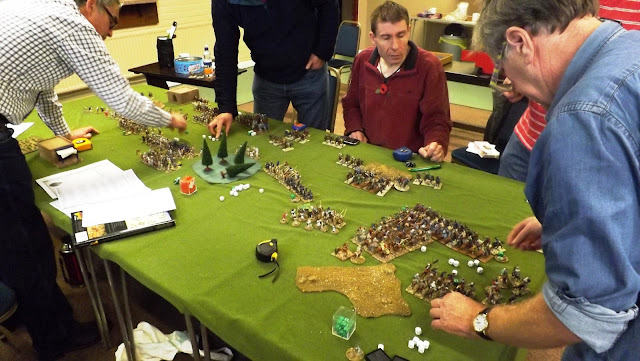 A good game, my first using Hail Caesar rules, & thanks to everyone, Andy.
Posted by carojon at 08:58