To Defy a King, New Model Army vs Scots 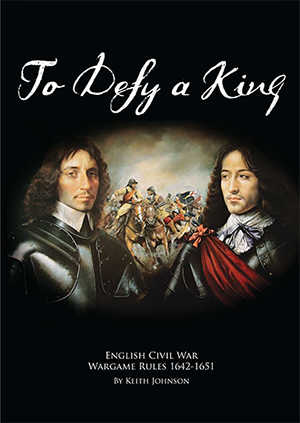 Yesterday, Mr Steve brought his 15mm ECW collection down to Exeter to run through a game of "To Defy a King" as I was really keen to see how the rules played.
http://www.wargamesdispatch.co.uk/to_defy_a_king.html

Steve play tested the rules and reported on their basic mechanism back in May and having met the author, Keith Johnson, and seen them being played at Warfare in Reading back in November 2014 I knew they gave a nice looking game.
http://devonwargames.blogspot.co.uk/2015/05/devon-wargames-defy-king.html

We decided to play the rules straight from the book and so after throwing some terrain down on the table set about selecting a force from the rules using the cards selector army creation process to generate our ten unit armies, a late period Scottish force against Cromwell, Fairfax and the New Model Army looking to impose Parliament's will north of the border.

The card selections are detailed in Steve's previous post, so suffice to say as a Parliament man, I had the choice to include up to six units of cavalry in this army, reduced to five because we wanted an artillery piece to try out, leaving us with four infantry units to choose.

The cards are dished out in proportions that reflect the period of the war being fought, so for instance our infantry was mainly large to medium size regiments (6-10 bases) with various ratios of pike to matchlocks 2:1, 3:2 etc and mainly Veteran or Trained with very few Raw. We ended up with a large nine stand regiment, two six stand regiments and a four stand regiment with three veterans and one trained.

The Scots were not not as well trained or experienced but opted for more infantry to cavalry and having a single heavy position gun to counter our more mobile light gun.

We then positioned our forces on our respective table edges, following the rules, that had the Scots with the advantage of positioning their forces after seeing where we set up.

With the two lines facing each other we settled into the basic sequence of initiative rolls to determine who activated first, issuing of orders, movement according to orders, combat, reaction and morale tests. My description, but I am sure you get the general idea.

As the New Model we were quite keen to close with the enemy looking to bring our skill at arms to bear in both our infantry and mounted forces. The combat was very logical and seemed well modelled with the musketry as you would expect for the period, causing annoying small casualties that, if repeated, could start to debilitate the fighting qualities of your units.

We were working to roll 2d6 for each stand of muskets looking to hit on a basic score of 8 or more. modified up or down according to circumstance, most hits requiring a score of 7 - 8 or more. Once all hits had occurred on a unit you had a simple save roll to make on any hits over or under six, with six removing a stand selected at random

Thus with ten hits you would remove a stand of pike or matchlocks and needed to roll 5 or 6 to prevent the other four hits causing another base loss, a bit like "Fire and Fury".

The close combat worked similarly with extra factors included such as Pike vs Matchlock-men having a +1 advantage when units lined up opposite to one another. In combat you are looking to get more hits on the opponent than received, to cause them to have to react. A failed test will cause the enemy to be pushed back a number of inches according to the difference in hits inflicted. The different morale grades could stand greater or less push-backs before breaking, and in addition casualties would impact by forcing morale tests, once certain levels of loss had been sustained on a unit.

All good stuff and we started to get our heads around the process as we went along.

Our game was very much about seeing how the rules played more than the game itself but, in short, we played a usual ECW game with the Parliamentary army barrelling up the centre and ignoring the standing fire from the Scots, charging into their infantry and starting the push of pike melee, which resulted in them winning on one side of the road and being more equal and in the balance on the other.


The close terrain prevented too much cavalry action on the flanks, but the cavalry fought on the Parliamentary right with a balanced scrap going on at the end, between a large unit of Roundhead "trotters" and Scottish lancers, with the advantage swinging in both directions, but with the Roundheads having the advantage of a unit in reserve and ready to support.

The game, with the occasional stop to check a rule interpretation, rolled along quite seamlessly and seemed to me, on first impression, to give what you would expect to see in a battle of this period, with the respective commanders wielding the armies according to their strengths, with the Scots looking to resist the small but very professional veteran Parliamentary infantry, whilst using the terrain to nullify the cavalry potential, looking to numbers to compensate for quality.

I came away liking the rules, and particularly liking the very determinedly period design of them with the drama of selecting the armies using cards only adding to that. The rules had for me a very clear feel of, "these were designed specifically for the English Civil War", not suggesting that you couldn't, with a few tweaks use them for the Thirty Years War, but I found the period specificity in this era of "Black Powder" refreshing.

So I would definitely play this set again, in spite of a few minor negative factors.

One particular situation to illustrate my point about clarity occurred towards the end with Scots Lancers trying to push around the woods on the Parliamentary right flank. The lancers advanced in column and then proceeded to fan out into line as they cleared the obstacle.

The Scots were desperately running a messenger to the brigade commander to change his orders from advance to attack at the same time. As the Scots rounded the corner the Roundheads charged in, with the Lancers still in the process of changing from column into line, ie they still had two of their six bases in column behind the other four in line.

This situation might suggest an additional advantage would lie with the Roundheads having caught an enemy unit trying to change formation, over and above the number of elements able to fight in any ensuing combat; but the definitions about formations and charge to combat situations leaves this one unclear. So we played it as the Scots in line, and able to counter-charge bringing their lances into full effect, thus just leaving them to fight the first round two bases fewer as their only disadvantage. The rules are clear about what a particular formation looks like and how to change formation, but less so considering all the opportunities for disorder to occur, excluding crossing difficult terrain. Disorder can really impact on the ability of a unit to fight to its full effect and I have to wonder how, in reality, being between one formation and another with the commander just having received a change of orders and then having to react to a cavalry charge might present an opportunity for a modicum of disorder to occur.

We were a bit bemused by what seemed a strange design idea to have in some situations needing to roll higher than a given factor with 2d6 and in another situation lower. Not a major problem, but one that seemed unnecessarily designed to overwork the "little grey cells".

Another area that might need a tweak is in the use of artillery. This period is early in the use of guns and their effect is generally thought to have been quite limited on battles from the era. The rules obviously look to model this aspect by keeping their numbers low and their fire-power and manoeuvrability somewhat limited. However my light gun needed to have a fire lane of four infantry bases (12cms) wide else they were unable to fire past friends. We had a four base infantry regiment on the table and I would have thought that this width requirement was rather excessive for a small light gun model firing round-shot. The balance is to keep artillery relatively ineffective but not to the point where a commander would not want to include it and might prefer to leave it out of battle on the home base edge.

The movement rates look about right for units moving tactically, although they are fixed rates and I would prefer an element of randomised movement that makes keeping those neat lines and determining charge ranges a bit more difficult to manage. In addition I would add in a grand tactical movement rate to allow units outside of "tactical range" of enemy troops to make extra movement and prevent them being ignored, This would give the cavalry their traditional role of feeling out the enemy flank. In the game our left flank cavalry were moving far too slowly to get into the battle and worry the Scots, tucked in behind their hedgerows, allowing all the Scots cavalry to move to one flank as seen in the picture above.

The rules are full of eye candy, which is nice but they could do with more attention to clarity of layout, rules intent and definition. The layout of the various subjects within the rule book seemed a bit strange or difficult to understand, speaking as wargamers who have thumbed our way through a lot of rule sets in our time. That said the basic concepts about movement, combat and morale appear sound and give a good game structure and in the absence of a specific rule or a clear definition it would be very simple to add your own house rules. or in one off situations with opposing proposals settled with the roll a die.

I really liked the card selection process for designing armies around a period in the war for a one off game and it occurred to me that this process would work well for other periods and other rule sets. Anything to get away from the current fashion in many rule sets towards building points based armies, what-ever that means.

I really enjoyed the game and the rules. Mr Steve has put together two lovely ECW forces and thanks to him, Ian and Steve L for a very entertaining afternoon at club. I look forward to playing these again.