Action at the Corinth Canal - Chain of Command 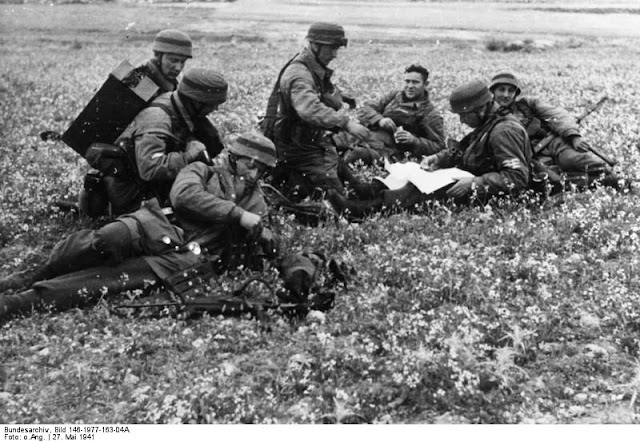 Our third game featured at this month's meeting was this lovely looking Chain of Command game recreating events in Greece in 1941.

Chain of Command (CoC) Game Report by Nathan (Gamemeister for the day), Pictures by JJ.

A rag tag British platoon are holding a village on the road to the Corinth Canal Bridge, with a Bren gun carrier and light tank as support, requiring to use CoC dice and then randomise where it arrived. They had five command dice and one CoC dice in hand and were commanded by Steve H.

The Fallschirmjagers are attacking with two platoons, and various support options.

The two commanders Ian and Jason decided to take a 37mm ATG, FF assault team, and two MG34 MMG's; they had five command dice due to dispersal rules, and also had to roll twice to get anything on the board after the first roll. They were only informed of this when they tried to bring anything further on table. If they had taken battalion command support option this would have increased their
command dice to six.

The British deployed in and around the village, with wire defences across the board. The Germans then diced to see where they entered the board, with a chance that this could have put them in and around, and behind the British lines; as it turned out this did not transpire and the Germans came on the board with each player sending forward sections to call out the British positions.

The Germans advanced and a shout of ambush rang out as the British HMG opened up on the FJ in the open, pinning down a section. 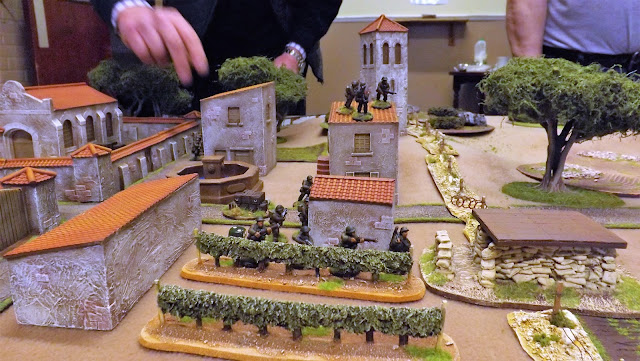 The Germans had to get fire suppression on the British positions which they managed to do, but had to call in nearly the whole platoon and support weapons to do so. Jason’s platoon was being used to pin the enemy infantry whilst Ian sent his whole platoon around to the right to gain access. 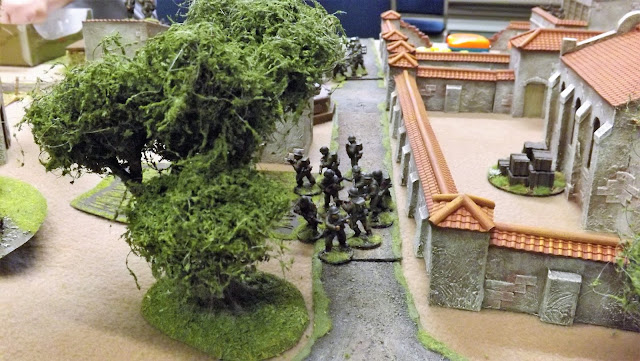 This went on all day with the German 1st platoon morale dropping to three at one point, with multiple leaders being hit and wounded and one squad routing. The British, in hard cover, had a hard time with the amount of fire coming in, and once Ian had got around the right and started engaging with another platoon they started taking more and more casualties.


The British morale folded to four and in the last turn of the game they took more casualties forcing them to give up.

The road to the Corinth canal bridge was open.


Great game with swings both ways, thanks to Ian, Jason and Steve.