As previously threatened I am back with more un-bagging pictures from Old Glory's 15mm 7YW range , this time its the Russians  who are going to be the opposition to the Ottomans we have seen un-bagged already. To forestall the howls of complaints from my fellow club members I will attempt to get as much into this post as possible.
Fortunately this is helped by there not being that many variations in this army to show you. I will however add on some extra figures I have used from their Renaissance range to complement the pictures already on their website , purely to give you an idea of what you actually get in each pack. 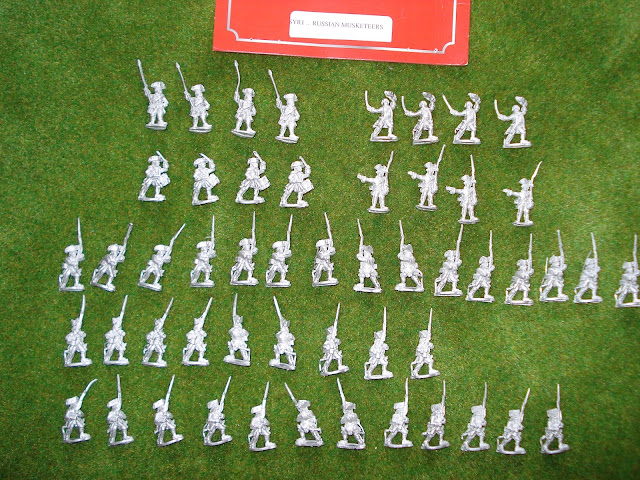 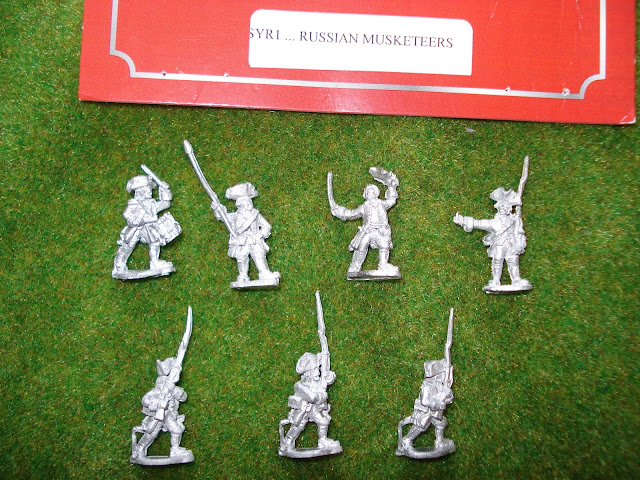 Next we have SYR6 Russian Grenadiers : 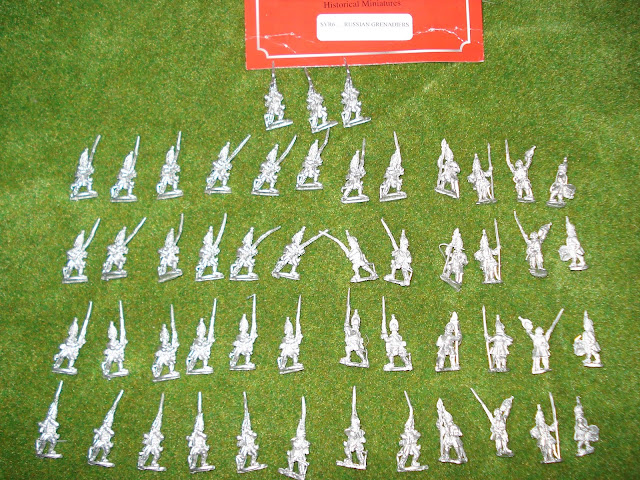 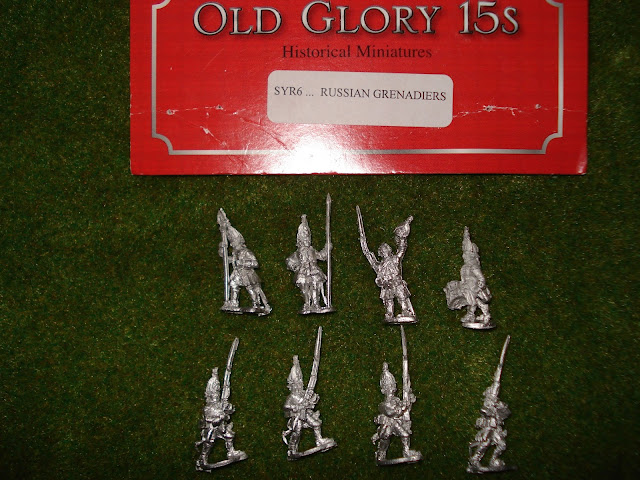 Next : SYR7 Russian Artillery
My pack was missing two large Gun Carriages which were sent on later by Timecast. So to confirm, you get the 4 medium carriages shown in the picture plus 2 bigger ones. 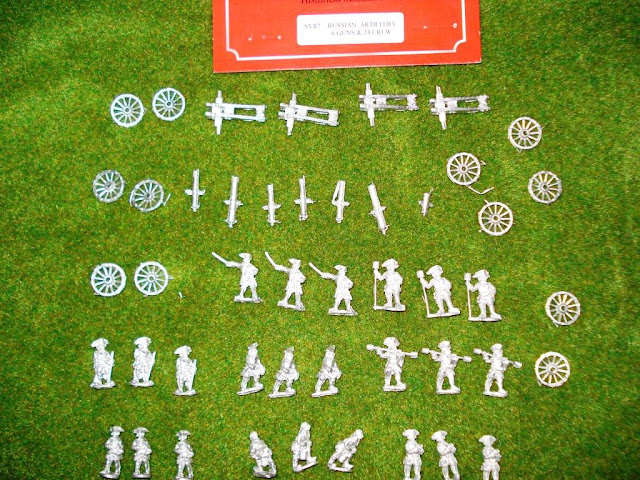 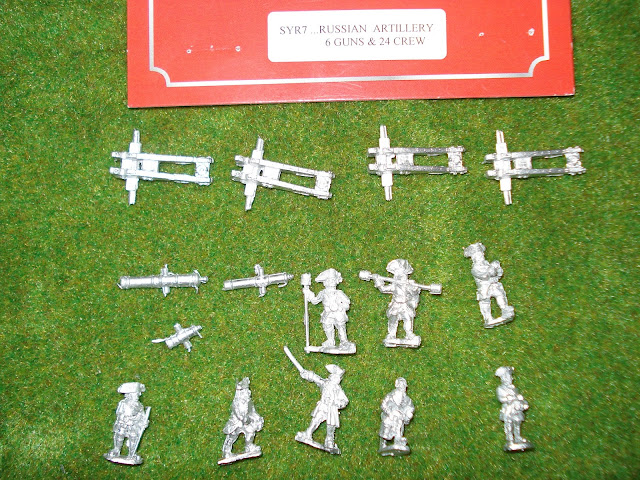 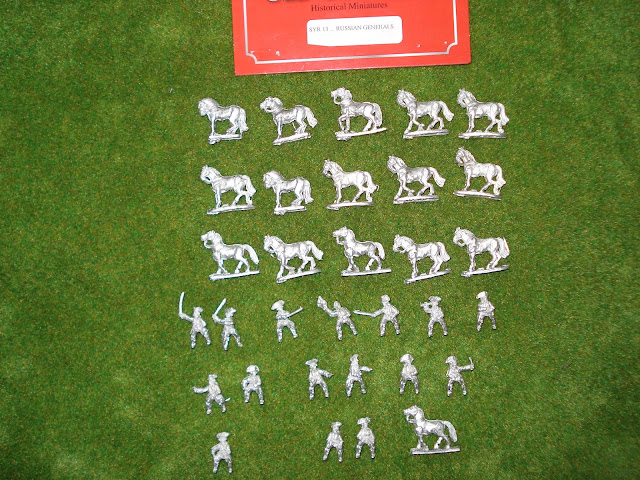 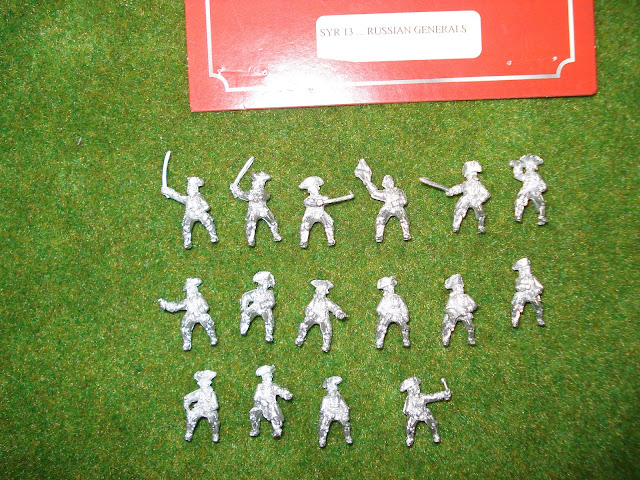 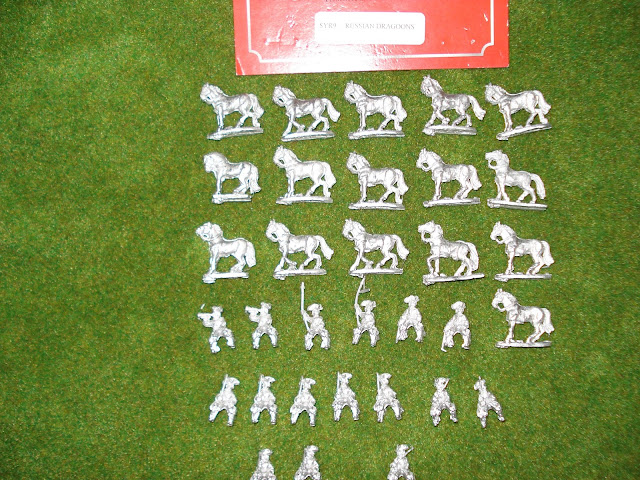 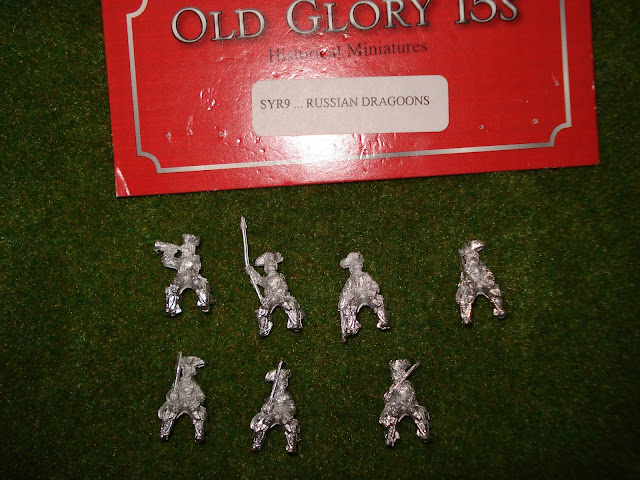 Finally I want to add in quite a lot of Cossacks but there aren't any in the 7YW range so I had to pick from the Renaissance range.OG have done pictures for these but I am adding them in purely for completion purposes.
RC03 Cossacks with Melee Weapons 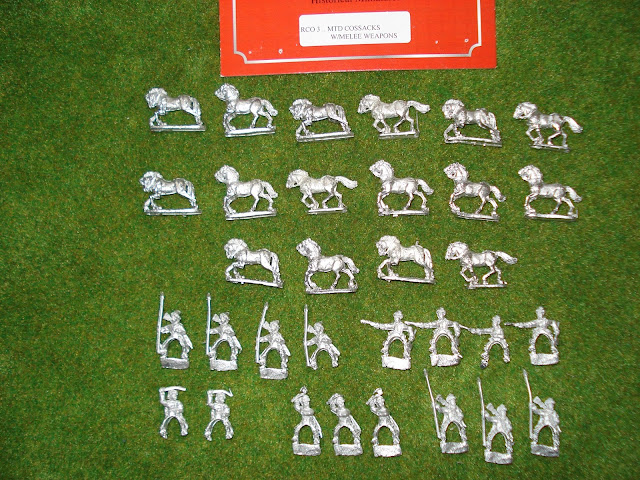 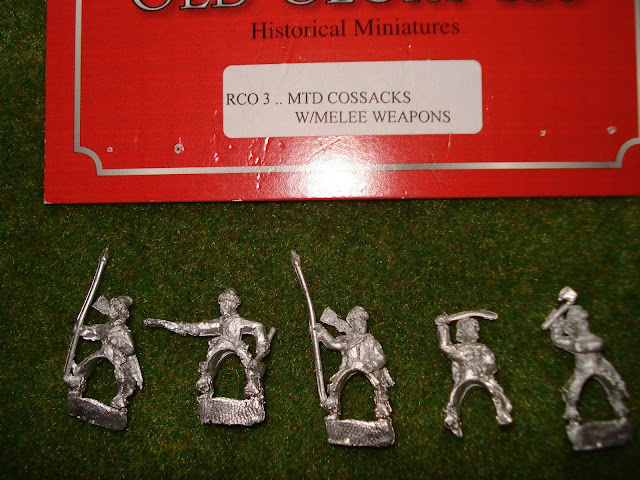 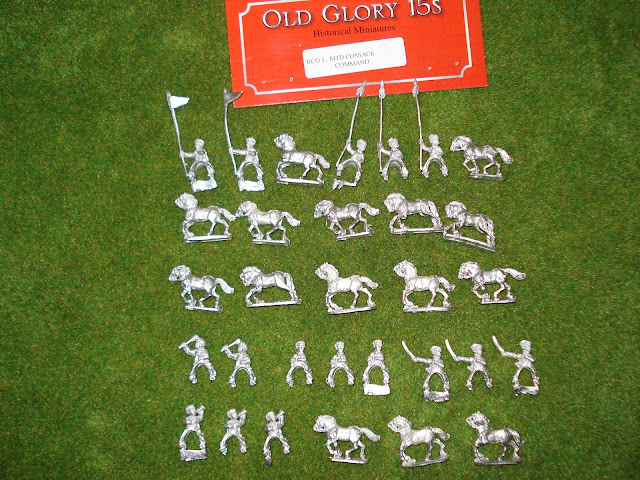 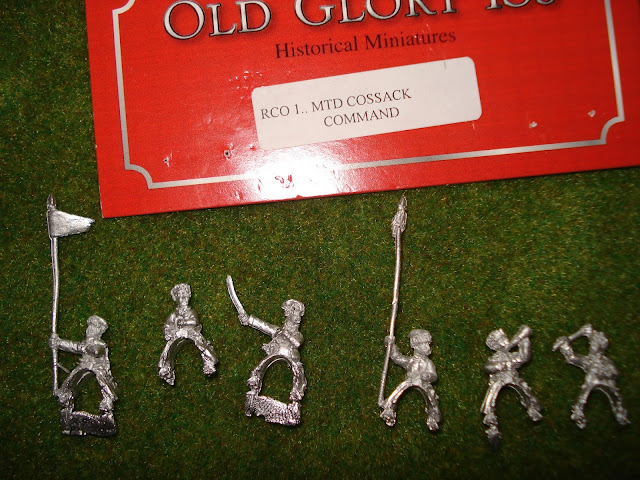 Thats it for the first muster but I have already given some thought about expanding the armies later which will probably include some more new packs to show you such as Hussars, Horse Grenadiers , Light Infantry and Secret Howitzers.
This has been a Mr Steve production.