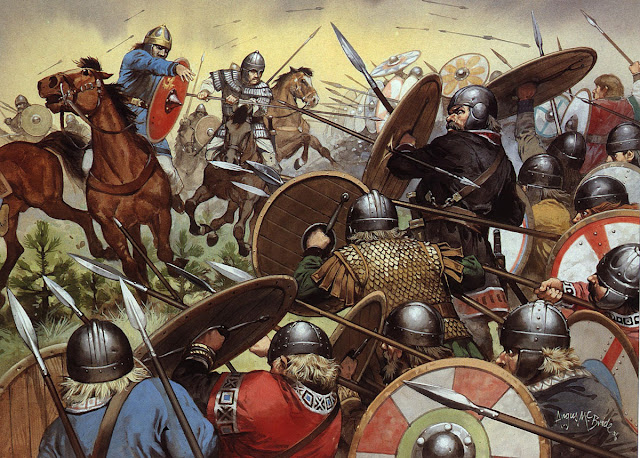 This was the first outing of Nick’s newly reconstituted Romano British and Saxons and very nice they are too. 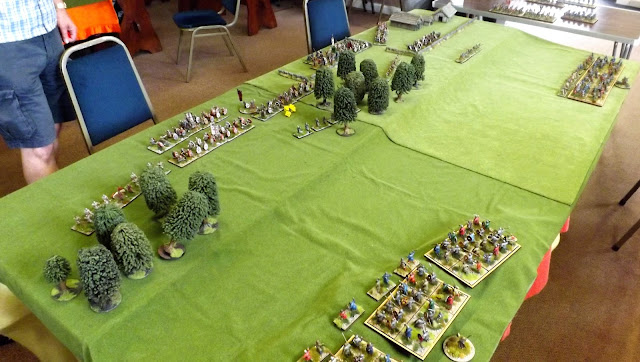 The game set up with the Brits on the top of the hill guarding two exits. It was up to the Saxons to attempt to use one of these exits to get off the table and so win. 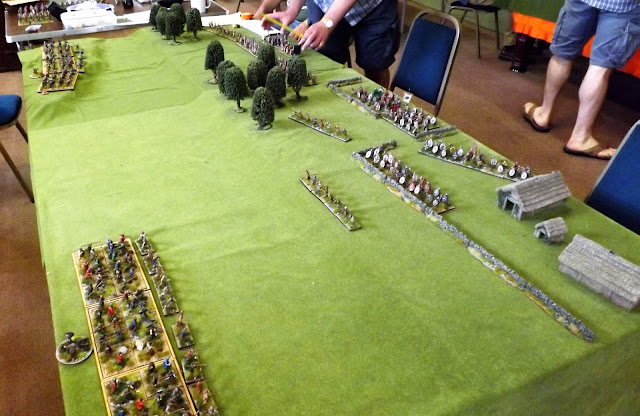 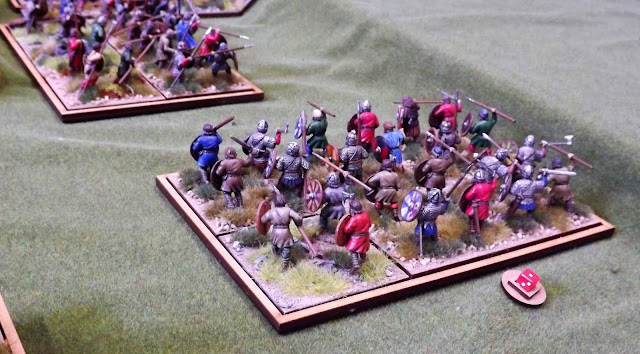 Steve M had the middle/right with troops which were obviously very hard core and also waited. There was a lot of waiting. 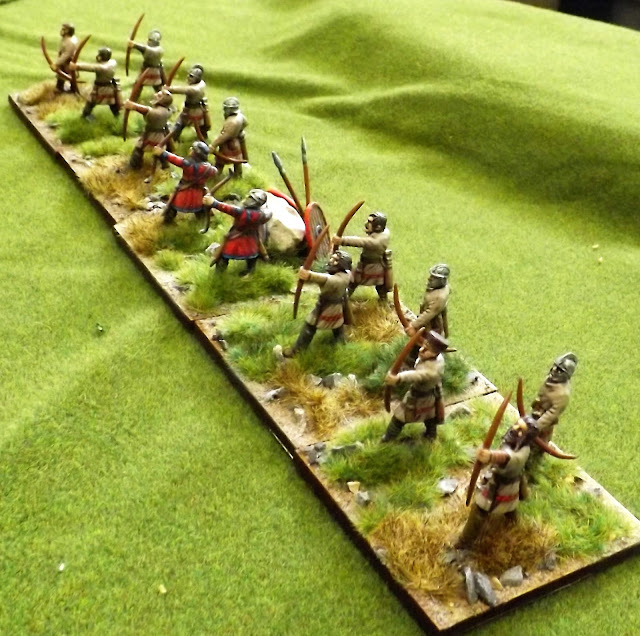 The Saxons countered this by putting a holding force of three Levy Warband’s opposite Steve M’s really, really very good troops. This should be emphasised. These troops were commanded by Steve L.

Steve H (not to be confused with Mr Steve) had the Saxon right with the bulk of the Saxon forces.
His job was to force an exit at the best possible speed and win the game for the good guys.

Things on the Saxon left started as a lot of games do with an awful lot of nothing but a few arrows
being shot. I suspect that Steve M could not believe that we would be dumb enough to face him
with such a small force and was obviously laughing fit to burst that he forgot that he might be able
to come off the hill and give me a right royal shafting. No he wasn't laughing he was waiting. 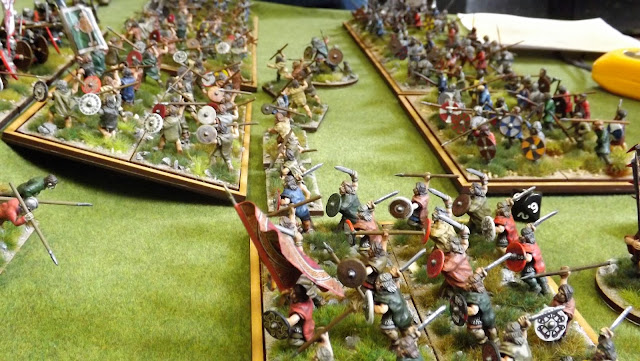 Meanwhile on the Saxon right Steve H started his assault up the hill into the teeth of a ferocious
defence be put up by Dave and his very plucky Brits. Saxon warband’s are point in the right direction
and let them go and as long as it is straight ahead you have half a chance of them doing some damage. 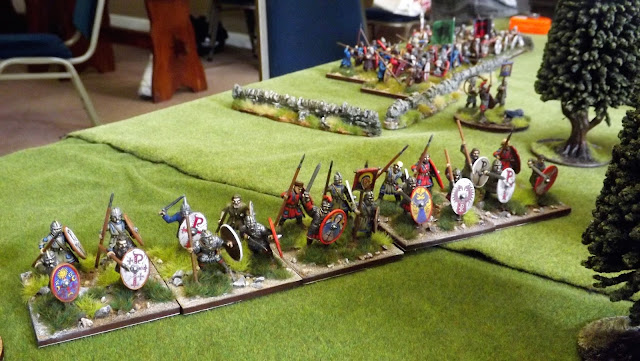 Steve’s warbands went at the walls hacking and yelling and gradually started to push the Brits back.
The Saxons were now joined by their allies, the Irish. The ferocious little beggars went at everything
in sight and, along with the Saxons were winning their way through. 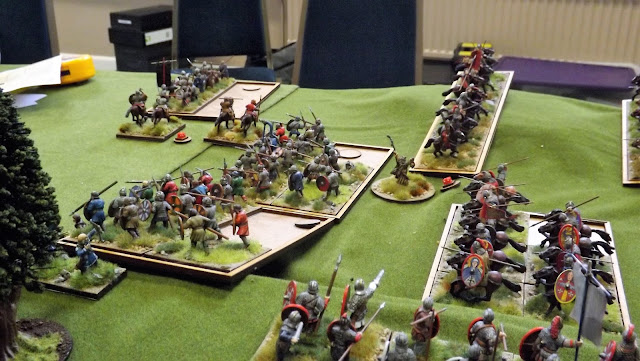 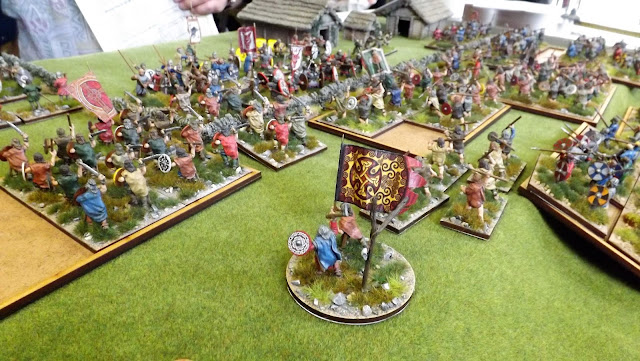 Meanwhile up comes turn 4. The moment Steve M was waiting for. Ian’s cavalry arrives, good they
are too, straight into the left flank of a warband. Mayhem. I think it was Napoleons heavy cavalry
suited and booted and transported back in time. Anyway these guy’s put the warband to rout and
now comes a whole series of rout’s forcing the Saxons back to the mass and their leader who is
waiting to try and rally them. 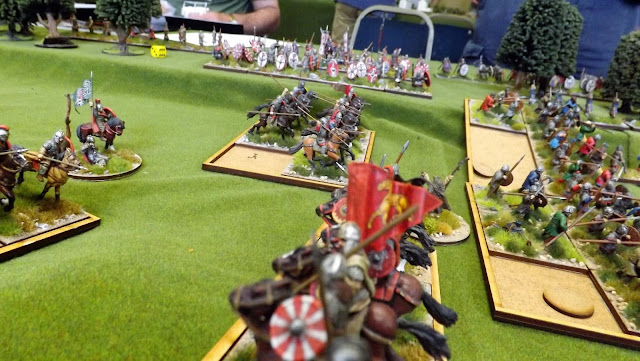 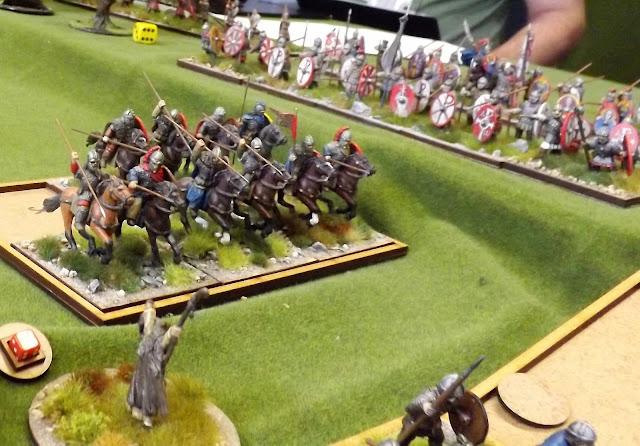 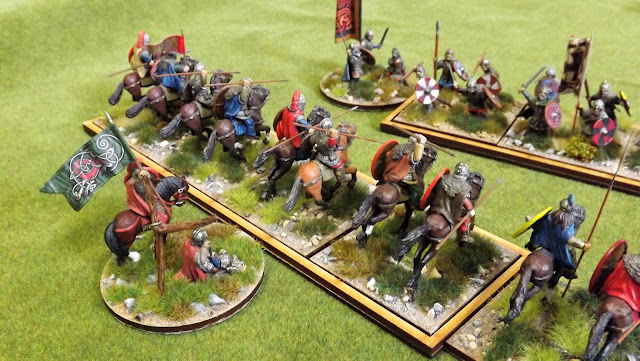 To try and hold the Brit cavalry the Saxons committed their Noble Cavalry but as it was only a small
unit, all it could do was enable the routing warbands to fall back to the commander who managed,
temporarily, to rally them. The Brits were relentless though and eventually wiped out the Noble
cavalry and then tried to attack the Saxon Noble infantry. 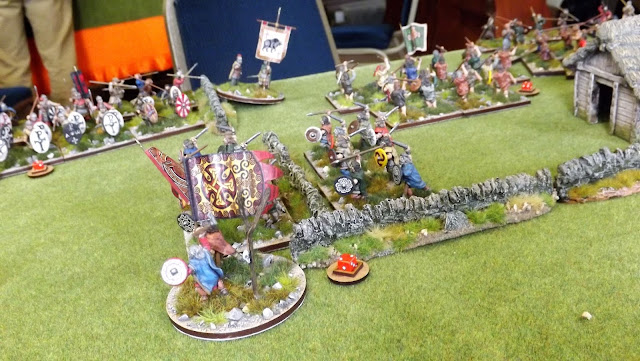 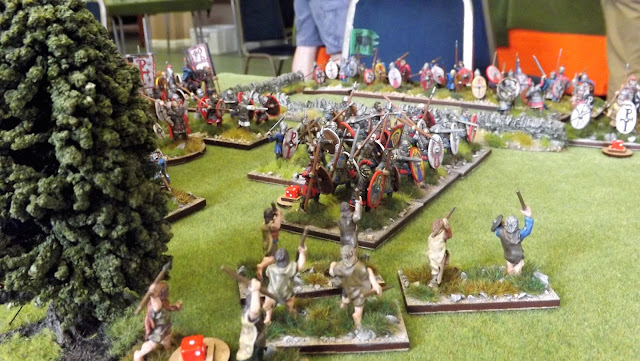 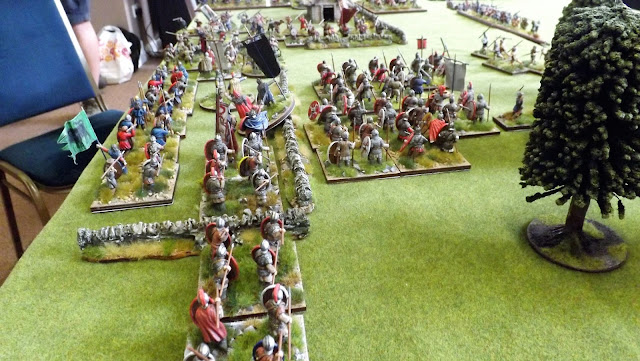 Steve M having waited, and seen where the attack was going decided not to impede Ian’s cavalry,
turned to his left and marched off to add his weight and support to Dave’s plucky Brits. Steve H has by this time almost pushed Dave off the table but had nothing left to deal with Steve M’s
troops as well. 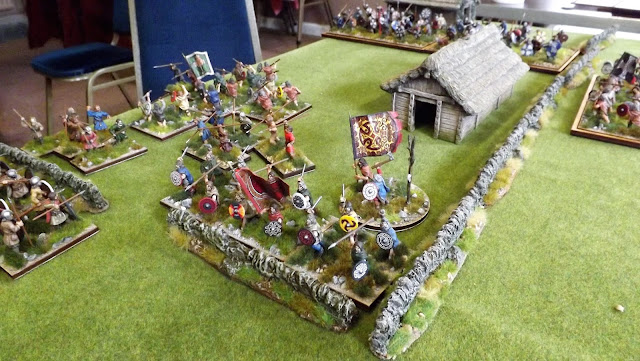 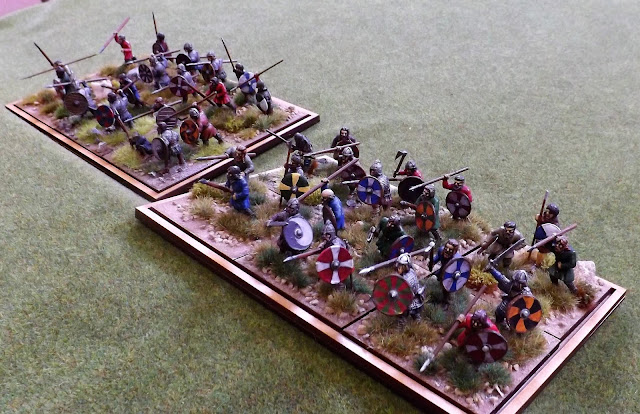 As much as I was goading Nick by telling him I was going to write this up as a crushing win to the Saxons, I have, with all honesty and gritted teeth, to admit that it was in reality a decisive Romano/British victory. 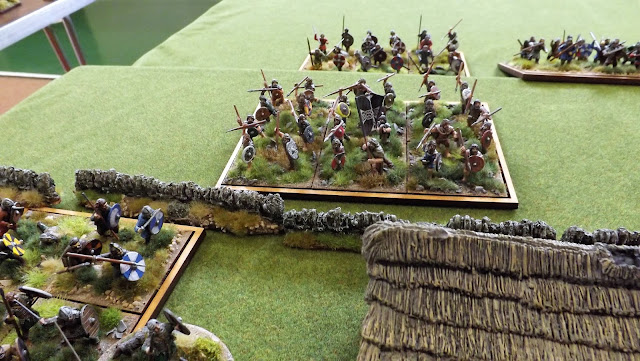 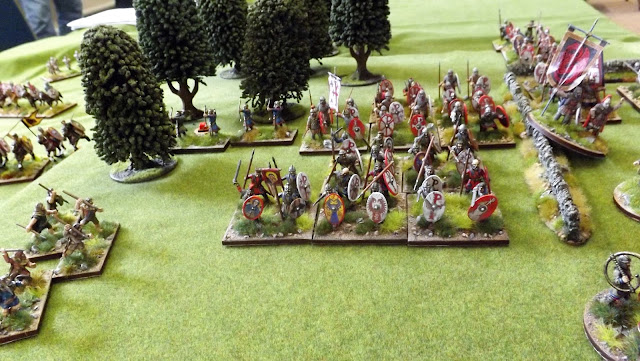 Despite our few issues with the rules it did move quite quickly and very bloodily and I think everyone enjoyed the game.

Our thanks to Nick for allowing us to use his nice figures, although I believe he now is going to
replace some of the figures because he doesn't like them. By the way the only breakage was by Nick
himself as he was putting them away.
Posted by carojon at 17:47