Battle of Britain - Bag the Hun


Following a reintroduction to Bag the Hun at last months Clotted Lard  I decided to put on a game after some interest was voiced by a couple of folks. So I dug out my collection of planes, printed off some aircraft sheets and set up a game for up to seven players. It was just as well that I did as the spaces were quickly filled by willing volunteers. 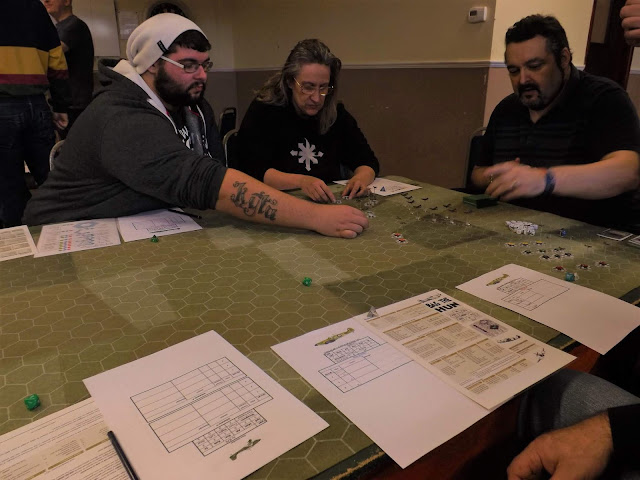 The scenario had a group of Ju88 bombers being escorted by two staffels of Me109s and one of Me110s, twelve escorts altogether. Against these were ranged some of the RAFs finest(or not as it turned out) in four sections each with three Spitfires. 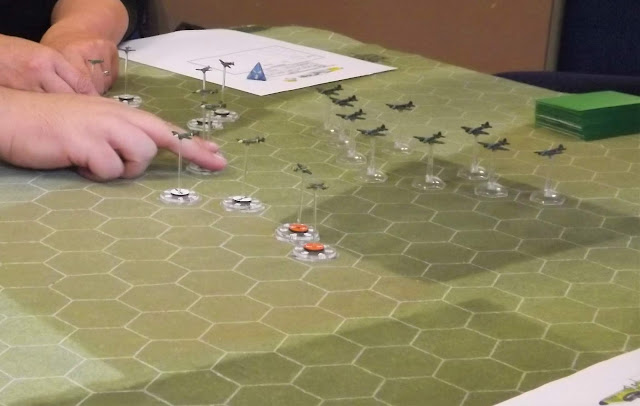 Schwarm 1 turned out to be the cream of the Luftwaffe with a top ace and a junior ace, balanced out with two sprogs as wingmen in Me109s. Schwarms 2 and 3 had a mix of pilots, each had two veterans, one regular and a sprog.

The RAF had a lot less quality, one top ace (Lee "Wooden Trellis" Wilkins) was blue leader, the other pilots consisted of nine regulars and two sprogs. 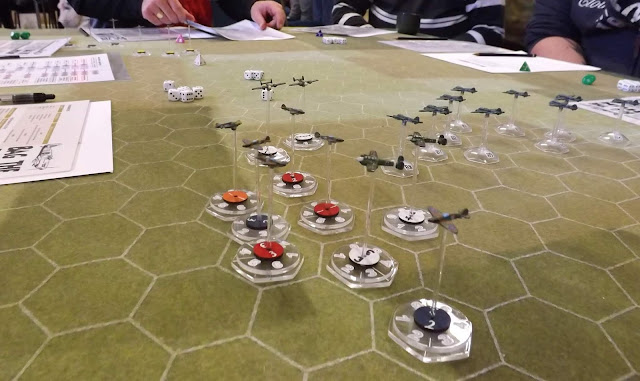 The game began with the Me110s acting as close escort for the Junkers while the 109's all sat up high waiting to descend on the RAF. The Spitfires were climbing up to engage and were a bit spread out around the table. After a couple of turns of manoeuvring and jockeying for position things quickly broke down into a general dog fight and formations were soon a thing of the past. 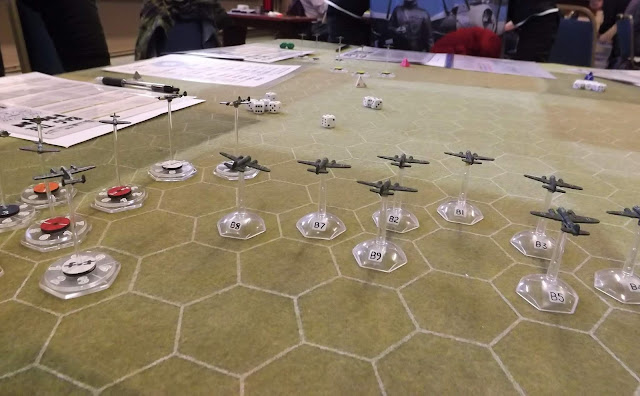 Despite their best efforts the plucky RAF pilots were no match for the German aces and Spitfires soon began to fall from the sky. Some nifty moves and lucky cards meant the German junior ace kept on getting shots in and most of them had a telling effect. Blue leader, blue 2, yellow leader and red 3 all fell to his deadly Oerlikon cannons. An Me110 shot down "Trellis" Wilkins, he did survive though after being thrown clear of his exploding Spitfire and floating down under his parachute to fight another day. 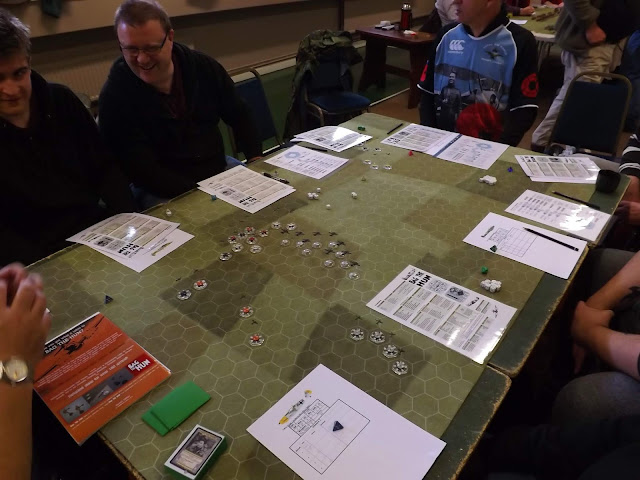 As the day came to an end the final score was totted up and it was a grim day for the RAF. Eight Spitfires were shot down, three more crash landed and the last one returned home with a badly damaged engine. 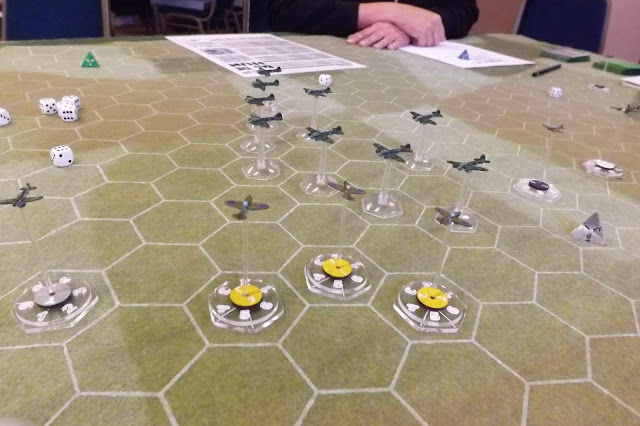 In return the RAF claimed a single Me109 and two Junkers shot down, plus one Me110 and three more Junkers damaged. Highlight for the Germans was when Blue sections Spitfires all blew up, every single one of them!

The junior ace was top dog with four Spitfires with the other kills being spread out among four other planes. 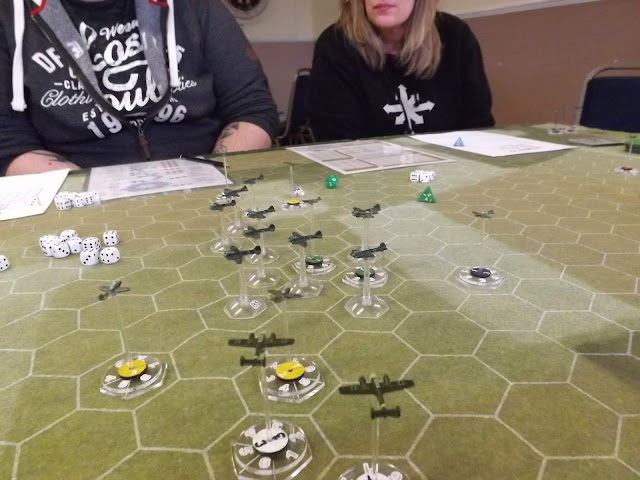 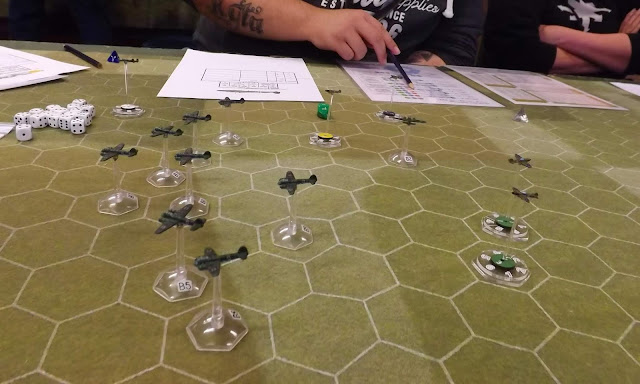 My thanks to "Dead Eye" Bob, "I want a fire card" Christopher and "Low on fuel" Mel for ably commanding the Luftwaffe.

Commiserations to Ian, Jon, Lee and Jamie for their demise at the hands of "ze Germans"!
Posted by carojon at 10:11