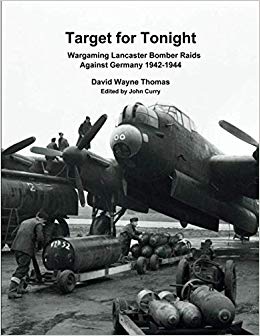 This weekend at the club saw the resumption of our Target for Tonight (TfT) Battle of Berlin Campaign series of games, recreating the attack on Hannover by 678 Mainforce bombers of Bomber Command on the night of 27th-28th September 1943.
The campaign was left back in February 2020  delicately balanced on a draw as the Nachtjagd have recovered from the shock of the early attacks made in the wake of their disorganisation following the summer 1943 firestorm bombing attacks on Hamburg and with just two games to go leaving things all to play for.
Our mission looked very promising for Bomber Command with a target at relatively short range for a quick in and out flight coupled with broken cloud and light winds over the target aiding better bombing. These factors combined with 75% of the strike group of twenty aircraft composed of veteran and two second-op elite crews all carrying a very-heavy bomb load out to make full advantage of the short trip to the target.
As in previous game reports the full series can be followed on JJ's Wargames where you will also find a full report of how this game played as well and showing how it has left the campaign with just one game to go. 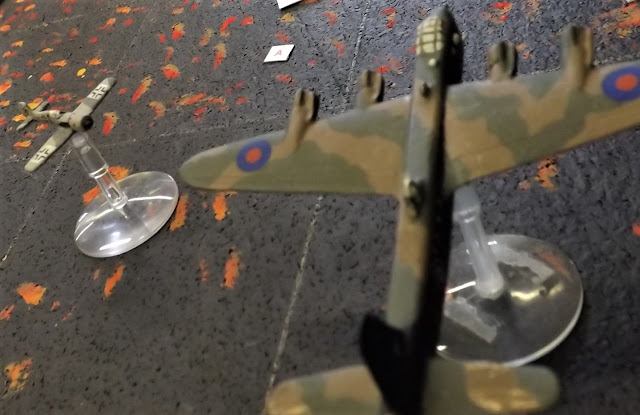 If you would like to know more then just follow the link below
Target for Tonight, Op Seven - Hannover
Posted by carojon at 13:02